Upgrade seen cutting carbon emissions and fuel use by 20% 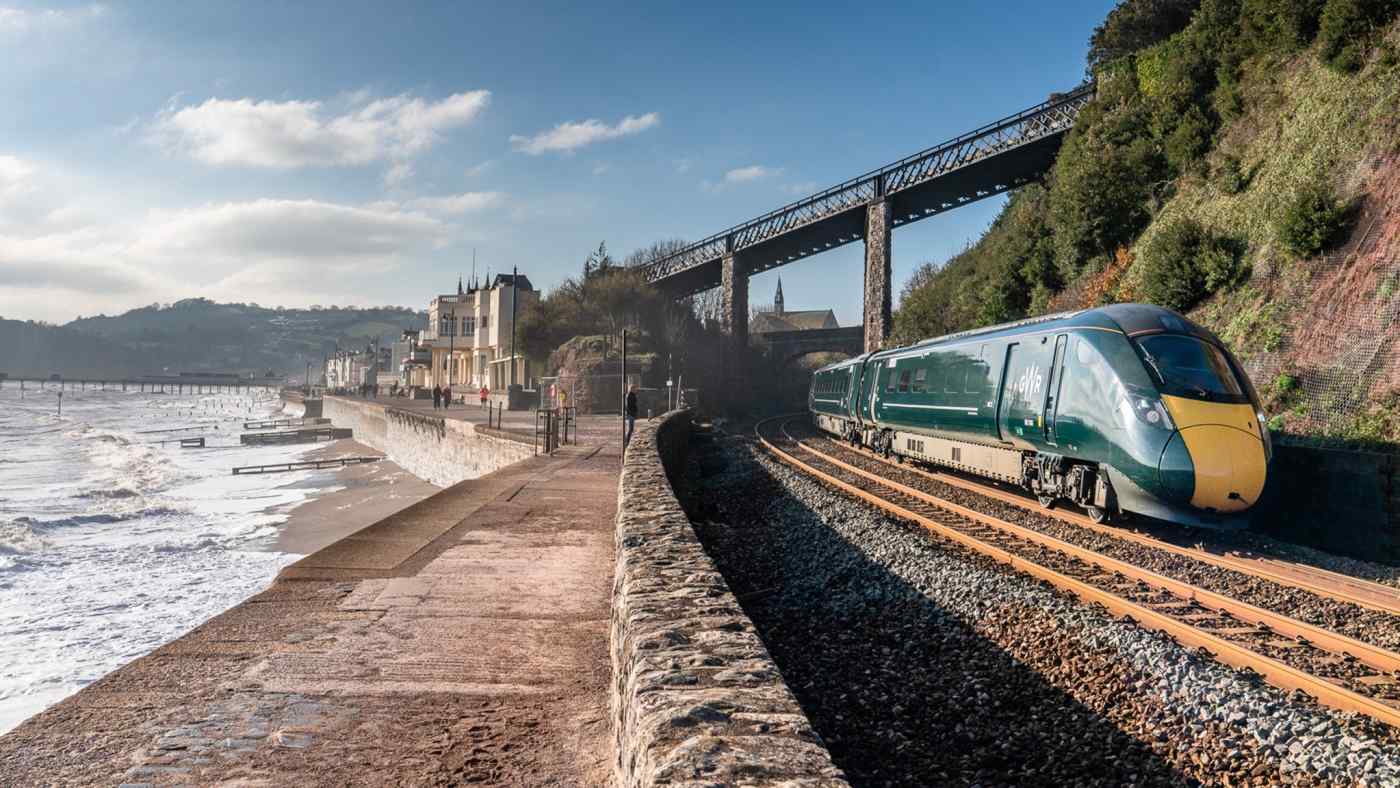 TOKYO -- Hitachi will convert trains on a British high-speed rail line to a battery-hybrid type to reduce carbon emissions by lowering the use of diesel engines, the company said Wednesday.

Subsidiary Hitachi Rail signed a deal with the train owner, leasing company Eversholt Rail, to replace a portion of diesel engines with batteries. The technology will serve the 480 km Great Western Railway Intercity Express connecting London with Penzance, a town in the southwest.

The hybrid trains will be able to enter and leave non-electrified stations running on their batteries, reducing diesel emissions and minimizing noise.

"We share the U.K.'s ambition for a net zero emission future. Britain is in a unique position to become a global leader in battery trains, we want to support the U.K.'s green economic recovery," said Jim Brewin, Hitachi Rail's U.K. country lead.

The batteries will be installed on the trains next year with trial runs due to begin in 2022. The change will result in a 20%-plus reduction in both fuel consumption and carbon dioxide emissions.

This will be the first time that batteries have been used to move intercity trains in the U.K. Because the majority of the GWR line is not electrified, the line uses Hitachi's bi-mode trains that switch between diesel and electric power seamlessly. The addition of batteries will make these tri-mode trains.

Hitachi has already delivered 36 trains for GWR in 2018, of which 22 are comprised of five cars. Hitachi and Eversholt look to install batteries in the five-car trains in stages.

Hitachi is no stranger to battery-powered trains, having delivered such carriages at home in Japan. But the company says this is the first time it will deliver such train cars that run 200 kph.

Hitachi aims to further capture demand from the shift to battery power. As the fleet gets older, an estimated 400 diesel-powered trains in the U.K. will need to have their power sources replaced by 2030.

Right now, 281 Hitachi Rail trains are operating in the country, with a portion of them running on diesel.