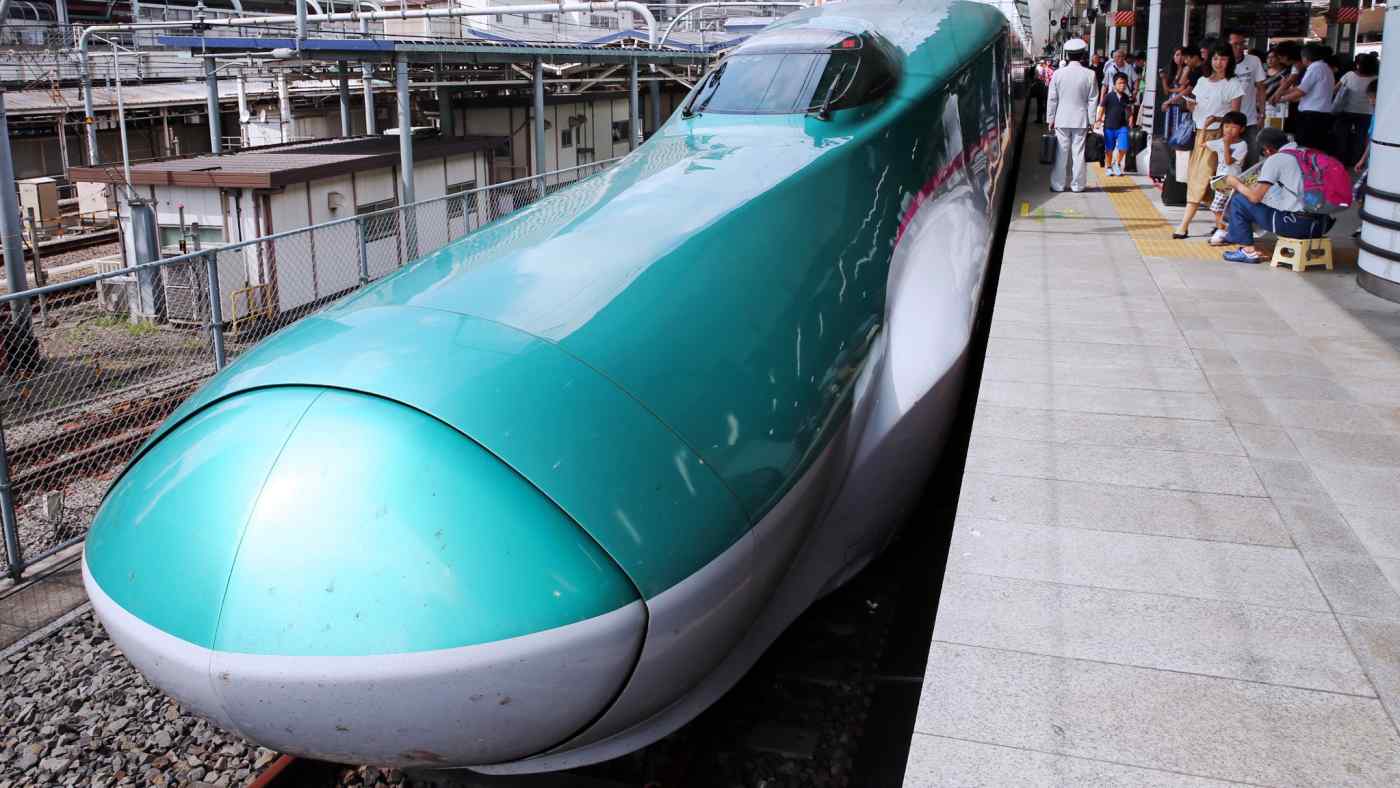 TOKYO -- Hokkaido Railway, the in-the-red laggard of the Japan Railway group, plans to turn around its finances by tapping a familiar source for its next chairman: sister company East Japan Railway.

While Yoshitaka Taura is the third chairman in a row to come over from East Japan Railway, the selection of a man without an engineering degree is a decidedly different choice from his two predecessors, who came with strong technical backgrounds.

The selection thus signals that Hokkaido Railway, also known as JR Hokkaido, is looking to wind down a lengthy ship-fixing phase brought about by a safety scandal and take the organization to the next level.

Among the Japan Railway group's seven sister companies, JR Hokkaido has been a perennial money-loser that has yet to debut on the stock market. The rail operator got into more hot water in 2013, when a derailment of a cargo train exposed falsification of rail inspection data and neglected track maintenance.

The episode forced the resignation of both the president and the chairman in 2014. Yukio Suda stepped in as chairman and served until 2018, when he was replaced by Yasutomo Shirakawa.

Both Suda and Shirakawa earned science degrees from the prestigious University of Tokyo. They rose to become managing directors of East Japan Railway, the busy Tokyo-area operator known as JR East. Because of their backgrounds, the two were hired by JR Hokkaido to beef up safety measures.

Now JR Hokkaido has decided to switch horses with Taura. He will assume his new post in June after the shareholders meeting that month. Osamu Shimada, who has been JR Hokkaido's president since 2014, will stay on.

Unlike his two predecessors, Taura earned a degree from Tokyo's Waseda University. He eventually headed up JR East's Suica business where he became "the central figure in popularizing" the card, according to a JR East executive.

Afterwards, Taura was promoted to president of JR East Information Systems, and is currently president of Viewcard, JR East's credit card company, since 2017. Yoshitaka Taura is poised to become JR Hokkaido's next chairman.

Taura faces a monumental challenge of overcoming the fallout from the novel coronavirus epidemic.

JR Hokkaido reported a consolidated record pretax loss of 13.5 billion yen ($125.7 million) for the year ended March. Daily rail transport revenue shrank by half to roughly 100 million yen. The company has not provided a guidance on this fiscal year's results.

In response, JR Hokkaido has asked 1,450 employees, or 20% of the headcount, to stay home on a staggered schedule between May and July. The company also cut executive pay.

The company is also slow to act on necessary reform. In 2016, the company announced plans to reorganize 13 rail sections, with five sections slated for complete shutdowns. But only two of those sections have been scrapped so far.

With plans to extend the shinkansen line to Sapporo and redevelop areas around Sapporo station, Taura will have work cut out for him. Taura will have no choice but to wait for the pandemic to subside for the time being, but eventually he will be expected to chart a path to profitability while taking an ax to where slashing is needed.