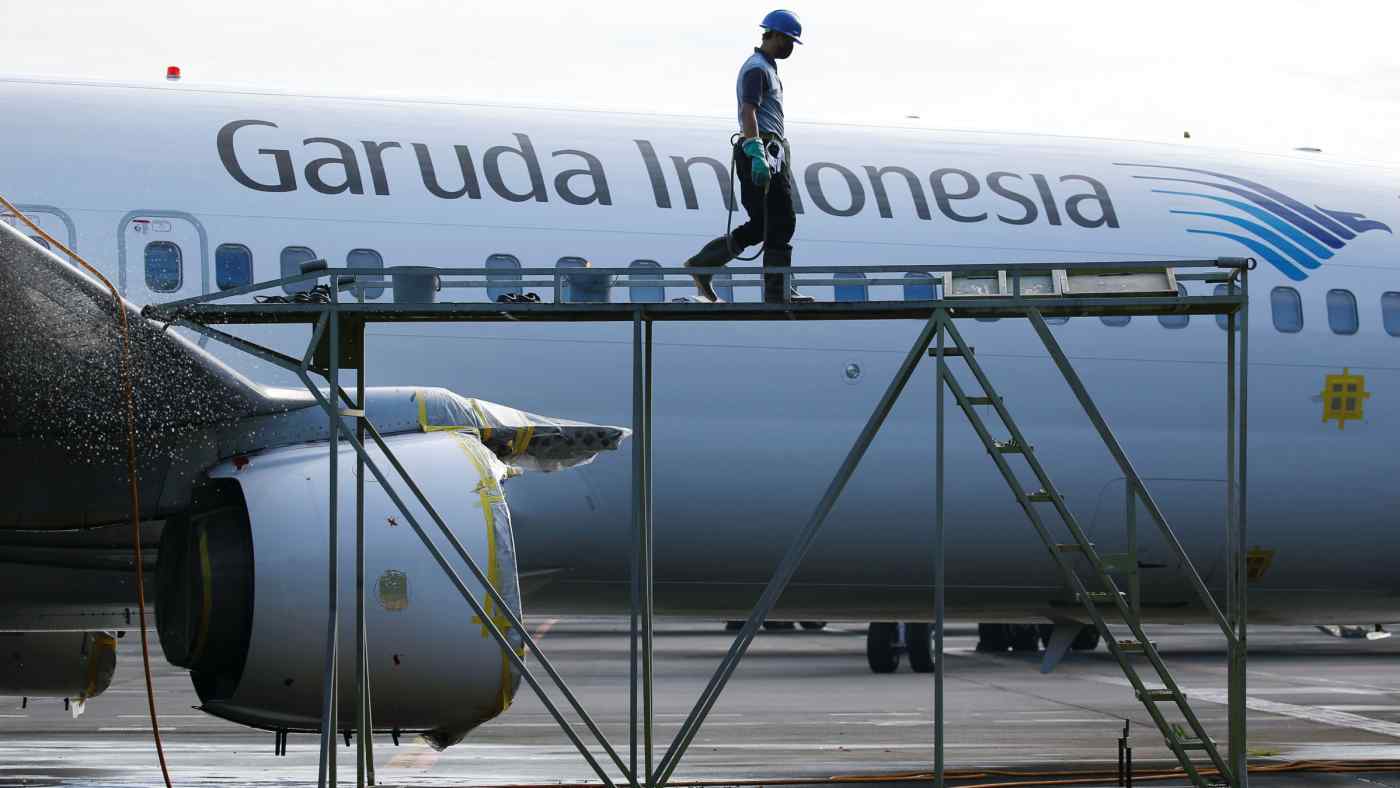 Indonesia's embattled national airline Garuda Indonesia has asked the court for another extension of its debt-restructuring process.   © Reuters
May 10, 2022 22:21 JST | Indonesia
CopyCopied

JAKARTA (Reuters) -- State-controlled airline Garuda Indonesia has asked a Jakarta court to extend for the third time its deadline to complete its debt-restructuring process, its CEO said, as the verification of claims remains unfinished.

Garuda proposed a 30-day extension to verify claims and finalize negotiations with creditors, CEO Irfan Setiaputra said during a creditors meeting at the Central Jakarta Commercial Court on Tuesday.

The flag carrier is seeking to slash liabilities of $9.8 billion down to $3.7 billion under the debt restructuring. Creditors have submitted $13.8 billion worth of claims against the struggling airline.

"We are certain that this will be the last extension that we propose to the court," he said.

Creditors present at Tuesday's meeting also agreed with the proposed extension, Asri, one of the proceeding's curators, told reporters. The proposal, including the length of the extension, is pending judges' approval.

The airline has said that it seeks to scale down its fleet to 66 from 142 planes before the pandemic.

The lessors' outstanding debts will be converted to new bonds and new equity in the airline, according to the plan.

Both Garuda and French-based aircraft manufacturer Airbus have agreed on the nominal amount of the latter's claims that will be included in the debt restructuring at around 7.8 trillion rupiah ($536 million), Asri said.

Airbus has also agreed to amend its agreement with Garuda, including canceling some of Garuda's orders and to "relax" the schedule of its planes' delivery starting from 2026, Irfan said.

An Airbus spokesperson declined to comment on ongoing negotiations.