Authorities to analyze Sriwijaya flight records to determine cause of accident 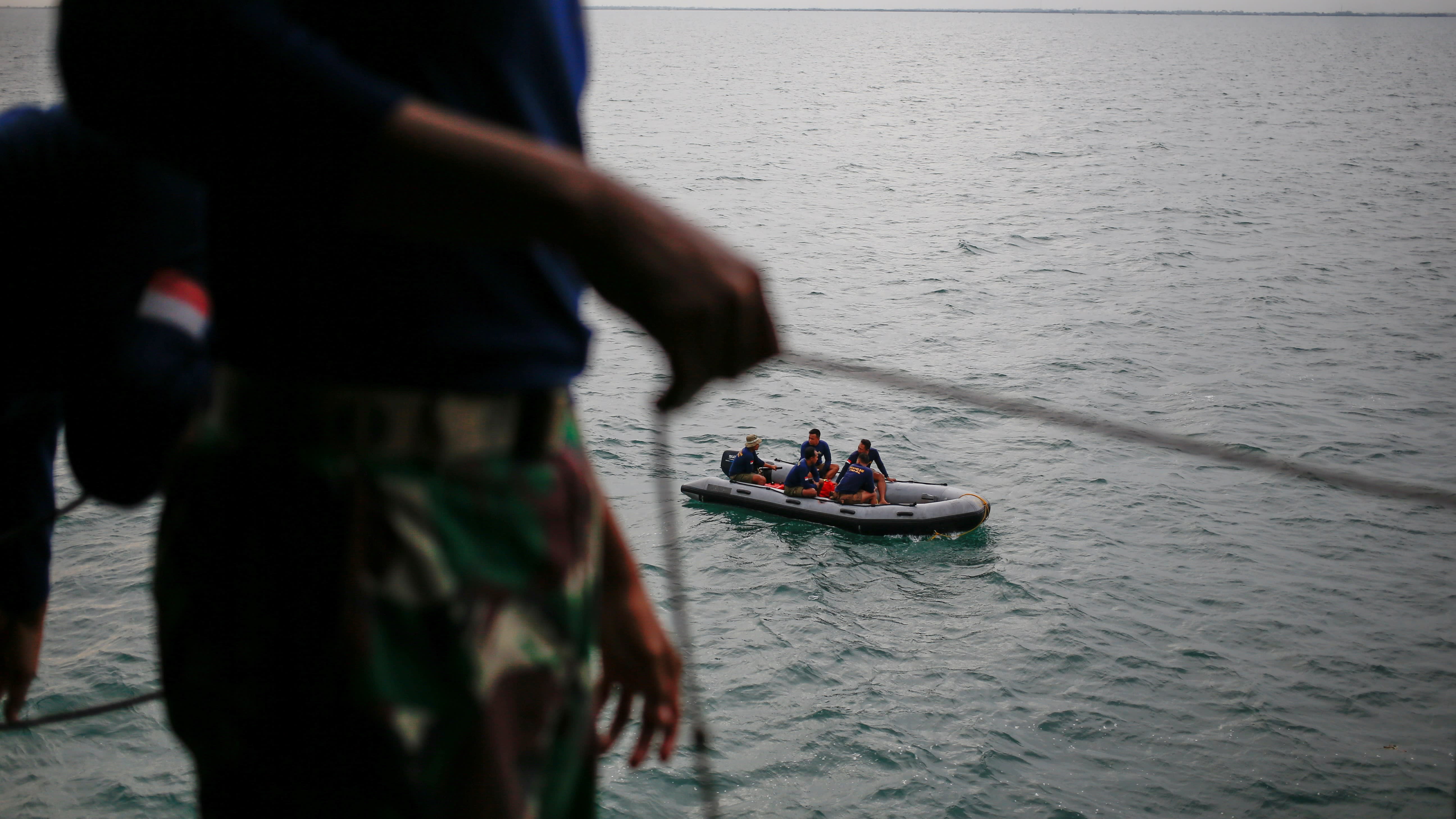 JAKARTA -- Indonesian search and rescue workers retrieved a black box from Sriwijaya Air flight SJ182 on Tuesday, taking them one step closer to determining what happened to the aircraft that crashed into the Java sea on Saturday with 62 people on board, just minutes after take-off from Jakarta.

Authorities will now try to analyze records on the flight data recorder to make sense of what caused the crash, with the chief of Indonesia's National Transportation Safety Committee saying it would take two to five days to read the data. However, a second major crash in just over two years is raising worries again about Indonesia's safety record, and is shining a spotlight on the struggling airline.

"There needs to be an evaluation of the supervision [of Indonesia's aviation industry]," said Gatot Rahardjo, an independent aviation expert in Indonesia. "If other countries can run [their aviation operations] well without having a fatal incident like this, it is more urgent to review the [Indonesian] guidelines."

The latest crash is Indonesia's 46th fatal accident since 2000, according to the aviation information website Aviation Safety Network, a figure substantially higher than those of its regional peers. Thailand recorded six during the same period, and Malaysia three.

The two most recent fatal crashes are a stain on the country's industry, which had appeared to be improving safety standards. In 2016, the U.S. Federal Aviation Administration announced that Indonesia had been granted a Category 1 rating after meeting safety standards set by the International Civil Aviation Organization. Indonesian airlines were also removed in 2018 from the EU's blacklist of operators that fail to meet its regulatory oversight standards.

Shortly after the EU decision, a plane from Indonesian low-cost carrier Lion Air crashed, killing all 189 people on board. The consensus was that the primary cause of the accident was aircraft manufacturer Boeing's faulty design of its anti-stall system. This was subsequently blamed for another crash in Ethiopia in 2019. Both were Boeing 737 Max aircraft.

But in its final report on the Lion crash, Indonesia's National Transportation Safety Committee also placed some blame on the airline. It included in its assessment that the "content of the manual of Lion Air and Batam Aero Technic contain several inconsistencies, incompleteness, and unsynchronized procedures" and "lack of documentation in the aircraft flight and maintenance log" about possible malfunctions in previous flights.

Sriwijaya Group, which operates Sriwijaya Air and Nam Air, has a lot in common with Lion. Both are products of the country's aviation sector liberalization in the late 1990s, when the fall of the Suharto regime led to the end of state monopolies. Both publish few details about themselves.

The biggest difference is their size. Lion Group operates both international and domestic flights, and held over 50% of the domestic market as of 2017, according to CAPA Centre for Aviation. Sriwijaya Group operates mainly domestic routes and had the third highest market share with 13%.

According to Aviation Safety Network, Sriwijaya Air's last fatal accident was in 2008, when a plane skidded off the runway and killed a farmer. In the period between that accident and Saturday's crash, the airline was involved in three nonfatal incidents, but which still led to the writing off of the planes involved as they were damaged beyond repair.

The plane that crashed on Saturday was a near-30-year-old Boeing 737-500 -- a different model from the 737 Max, which was grounded for two years after the two fatal crashes.

While Sriwijaya's financial records are not publicly available, there were signs that the group was struggling financially.

As of late 2018, the group owed a total of 2.4 trillion rupiah ($175 million) to state-owned companies, including 810 billion rupiah to GMF AeroAsia, a unit of state-owned carrier Garuda Indonesia, which was maintaining Sriwijaya's fleet at the time.

Its inability to repay its debts partly led to Garuda's budget carrier Citilink Indonesia taking over operations of both Sriwijaya and Nam that year. But after internal conflict, both parties terminated their partnership in 2019. Shortly before the termination, more than half of Sriwijaya's fleet was grounded by the transportation ministry due to concerns about airworthiness.

"The industry was already [performing badly] in recent years, and only in 2019 their profitability improved," said aviation expert Rahardjo. "2020 should have been a take-off moment for a stronger industry, but the COVID-19 pandemic turned the story around... So the concern is that the business is squeezed, and it might affect operational aspects, including safety."