Government aims for efficiency with airlines and others under one roof JAKARTA -- The Indonesian government has put together a plan to bring together nine state-run companies, including flag air carrier Garuda Indonesia, low-cost airline Citilink and companies that run major tourism sites, under a holding company

The hope is that this will allow the companies to eliminate unnecessary costs and work together on initiatives such as discount travel packages. The move may also make it easier to direct public funds to Garuda, which fell into the red in the first six months of this year.

The holding company idea has the backing of President Joko Widodo. In addition to the airlines, it will oversee companies operating in the tourism sector, including Hotel Indonesia Natour, which has 14 properties on Bali and elsewhere; companies operating tourist and World Heritage sites, such as Borobudur Temple; and Sarinah, a department store.

The goal of the integration is to create synergies among the state-owned enterprises. With airlines, airports and tourism companies operating under a single umbrella, the parent company the aim is to eliminate vertical barriers and enable them to offer cheaper travel packages to travelers.

The size of the holding company should also make it easier to secure financing from banks. There are also hopes that consolidating administrative departments create efficiencies.

The tourism and airline businesses are vital to Indonesia's economy. Widodo has wanted to integrate them for some time. At a ministerial meeting on the coronavirus in early August, he said, "The headwinds in the travel industry provide a good opportunity to start integrating and transforming the tourism and aviation sectors." Many observers believe the actual purpose of setting up the holding company is to shake up Garuda's management. Indonesia's flag carrier fell into the red in January to June, suffering a net loss of $723.26 million.

The government plans to provide 8.5 trillion rupiah ($578.7 million) in financial assistance to the holding company, but many observers object to a direct infusion of tax money because the government will hold only 60% of the shares. If it were wholly state owned, there would be a clear public purpose in the efficiency drive and make state aid easier to justify.

In addition, Garuda owes $76 million to the airport management companies set to join the new holding company. Folding them into a holding company is expected to make it much simpler for Garuda to restructure its debt. Irfan Setiaputra, the airline's president, said the holding company would be effective, the Jakarta Post reported. 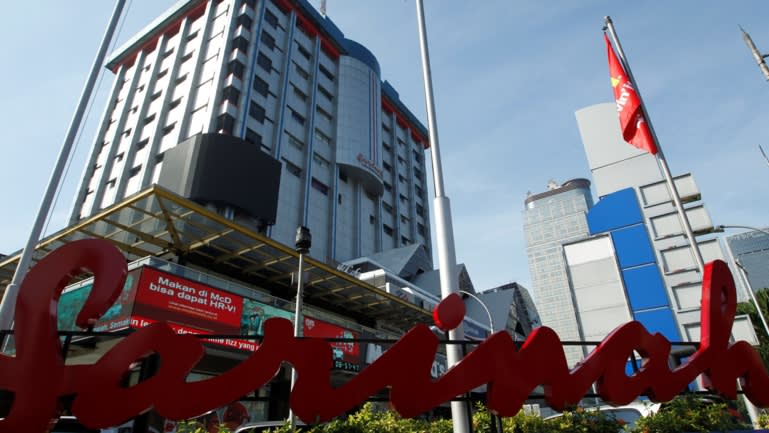 Sarinah, an Indonesian state-run department store, is slated to be brought into a holding company that will include the country's flag carrier, Garuda Indonesia.    © Reuters

Indonesia has many tourism assets, including Bali, one of the world's top resorts. The industry accounted for about 5% of the country's gross domestic product in 2019. Inflation-adjusted GDP declined 5.32% in the April to June quarter compared with the same period last year as the pandemic took a toll, the first time since 1999 that Indonesia's economy has contracted. Widodo hopes tourism will serve as a catalyst for an economic recovery.

But the industry is in dire straits. The government closed the country to most overseas visitors in April and only about 3.41 million foreign tourists came between January and August, down 68% from the same period last year.

Indonesia continues to see 3,000 to 4,000 new coronavirus infections a day. Bali's state government abandoned plans to allow foreign tourists back, starting Sept. 11, because the central government gave no indication that it would ease restrictions on the entry of foreign nationals.

Whatever the corporate structure of Indonesia's state-owned companies, they are unlikely to bounce back until the pandemic is brought more firmly under control.