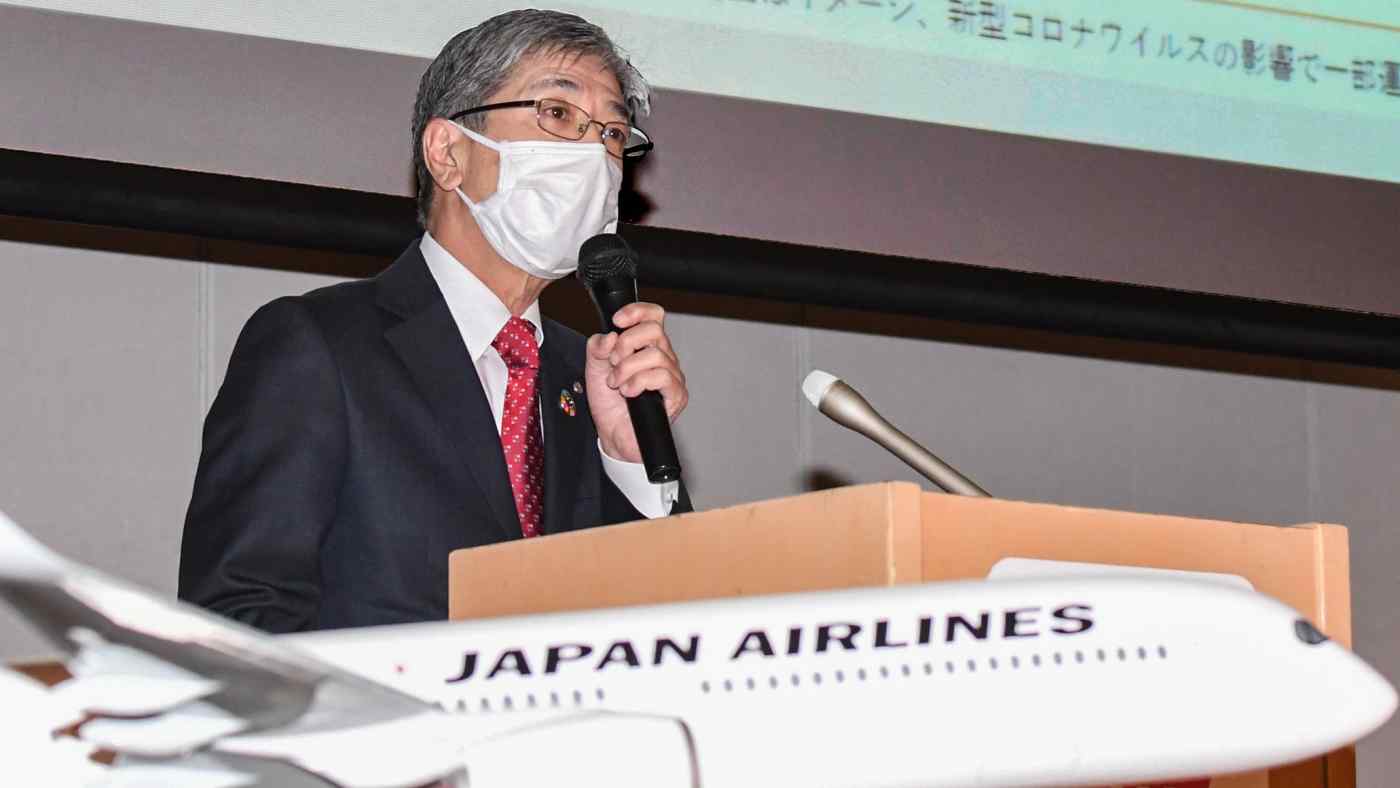 Yuji Akasaka, president of Japan Airlines, said in a news conference on Friday 'we expect that the recovery of international flights will begin in earnest from March to April.' (Photo by Tetsuya Kitayama)
NANA SHIBATA, Nikkei staff writerDecember 10, 2021 19:54 JST | Japan
CopyCopied

TOKYO -- New travel restrictions prompted by the omicron coronavirus variant would set back the nascent recovery in Japan Airlines' international flights until February, the president of the company said on Friday.

The Japanese government's decision to close the border to foreigners from late November has raised concerns for the country's major airline. Speaking to reporters during a news conference on Friday, Yuji Akasaka, president of Japan Airlines, said its international flight service is expected to be subject to "harsh" conditions caused by the emergence of the omicron variant until February.