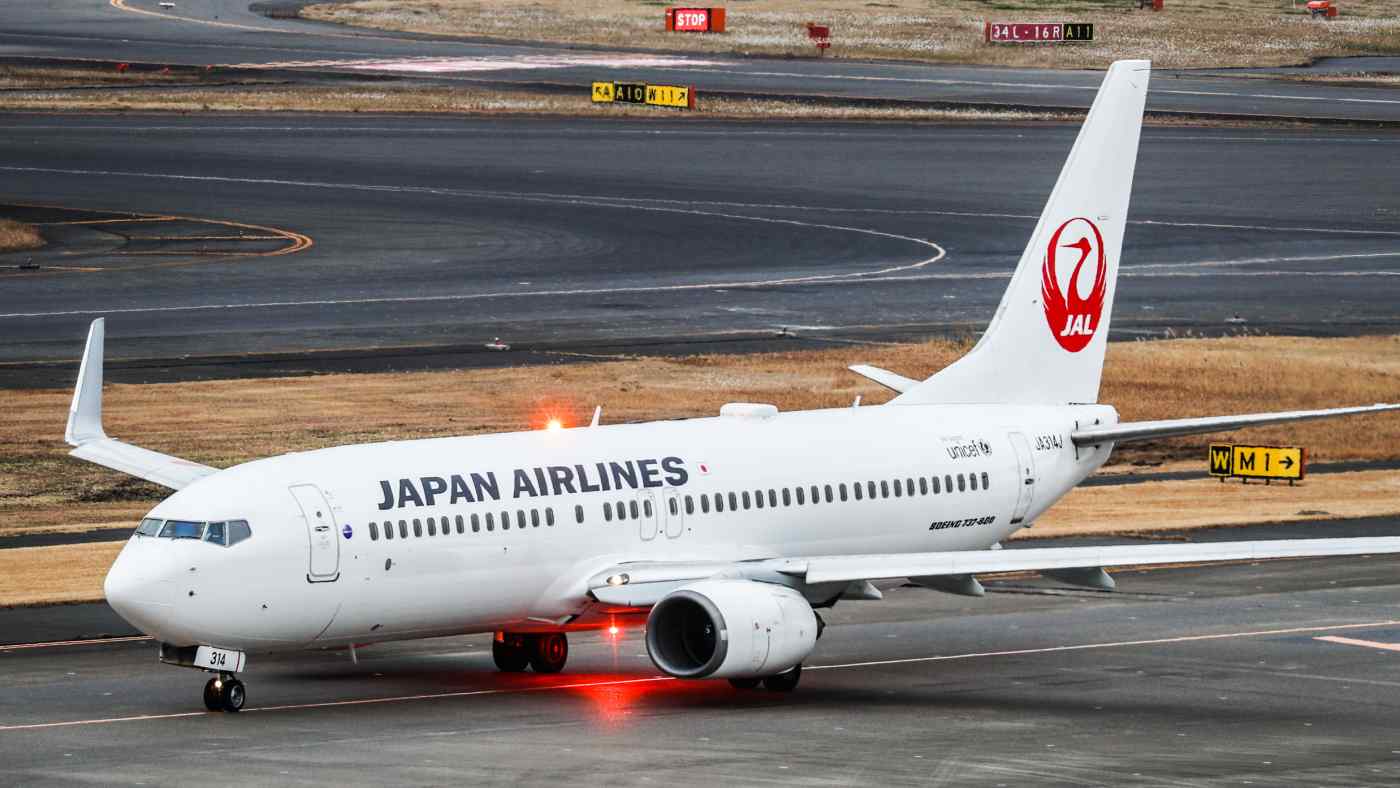 JAL has been suffering from weak passenger demand for two years amid the COVID-19 pandemic. (Photo by Yo Inoue)
SHOICHIRO TAGUCHI, Nikkei staff writerMay 6, 2022 15:29 JSTUpdated on May 6, 2022 19:55 JST | Japan
CopyCopied

TOKYO -- Japan Airlines (JAL) said Friday that it expects the recovery of international flights to remain at only 45% of their pre-COVID level for this fiscal year, despite the Japanese government's plans to resume accepting foreign tourists.

"I believe that we are now in a phase of strong recovery; there may be some waves, but not as big as last year," said JAL President Yuji Akasaka, who announced on Friday that the company will return to profitability this fiscal year for the first time in three years.

The company now expects a net profit of 45 billion yen ($345 million) for this fiscal year on revenue of 1.39 trillion yen, double the level of the previous year, as domestic travel recovers from a two-year slump. However, it does not anticipate much recovery in international flights.

JAL made its assumption based on a forecast by the International Air Transport Association, and said the recovery for April-June will be 25% of the pre-COVID level. The recovery for July-September will be 45%, October-December will be 55%, and the last three months of fiscal 2022 will be 65%, it said.

Japanese government will make a final decision on lifting the ban on tourist visas in two weeks, when the number of infections during the Japan's Golden Week extended holiday will be known. Starting with group tours is an option under consideration, since they are easier for travel agencies and others to manage. 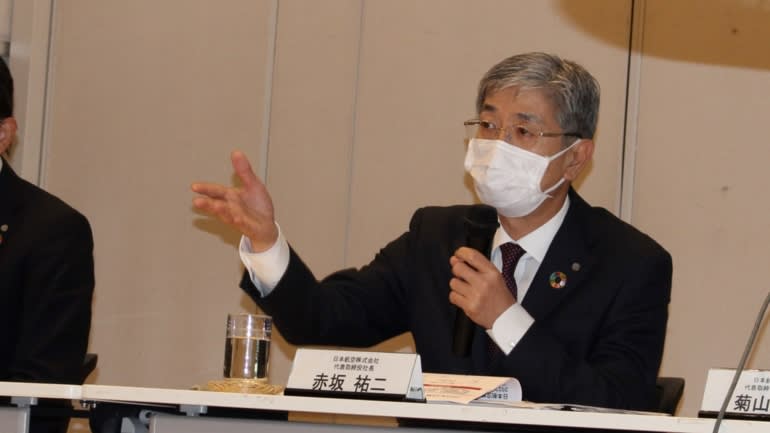 In a speech in London on Thursday, Japanese Prime Minister Fumio Kishida said, "We will further ease our border control measures to ensure smooth entry into the country on par with other Group of Seven industrialized nations."

One method that has also been under consideration is to increase the maximum number of visitors to Japan from the current 10,000 per day to 20,000 for the time being. Still, Akasaka said, "we are anxious that the recovery to 45% will not be reached, since 30,000 people is the prerequisite in the first half of the year."

JAL now expects domestic flights to recover to 90% of their pre-COVID level in this fiscal year, though the rebound in international flights is expected to be rather slow as entry restrictions drag on.

Japan lags behind other countries when it comes to the entry of foreigners. The U.S., European nations and Asian countries have been reopening their borders. Britain now accepts even unvaccinated visitors, while Singapore has lifted almost all entry restrictions on tourists from abroad.

Japan has begun permitting new entries of foreign visitors for business and certain other purposes under supervision by sponsor companies or organizations in March, though it has been cautious about accepting tourists.