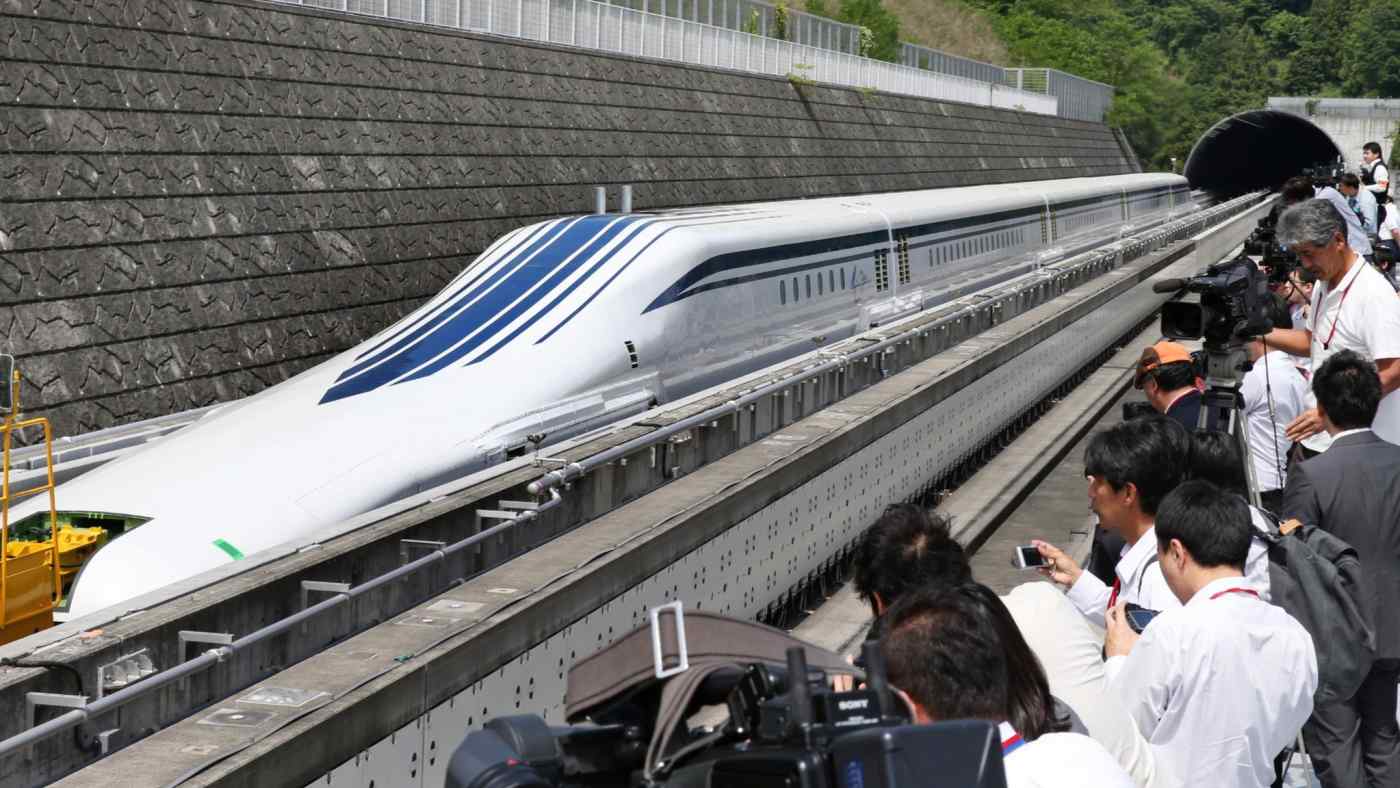 TOKYO -- A bullet-train operator and a locality on the central Pacific Coast are sparring over the environmental impact of a planned ultrafast magnetic-levitation rail, threatening the targeted 2027 start of a service connecting Tokyo and Nagoya.

At the groundbreaking ceremony held Friday for Kanagawa station on the 286 km line, Central Japan Railway President Shin Kaneko struck an upbeat tone, stressing that the project is on track. Yet the dispute with Shizuoka Prefecture has held up construction on a roughly 9 km stretch through the area for two years.

The 9 trillion yen ($83 billion) project would shorten a trip between Nagoya and Shinagawa, which takes about 90 minutes on the fastest bullet trains today, to just 40 minutes.

Central Japan Railway, also known as JR Tokai, and the Land Ministry proposed setting up a three-way panel to sort out the issues. Yet Shizuoka Gov. Heita Kawakatsu, who has been raising concern about the effect on the Oi River, objected to the makeup of the panel.

"The [Land Ministry's] Railway Bureau would not be able to handle the matter," Kawakatsu said, insisting the inclusion of other bureaus overseeing waterways. Fearing further complication, the ministry has resisted expanding the panel, with the fate of talks up in the air.

The Shizuoka section of the project, involving tunneling through a mountainous region known as the Southern Alps, was slated to be completed in November 2026.

Kawakatsu argues that the tunnel through the Southern Alps would reduce the volume of water flowing into the Oi River, a crucial water source that 620,000 residents rely on.

Speculation is rife as to why Kawakatsu is engaging in a drawn-out fight. Some say he wants a bullet-train station built right at its regional airport or money for a fund designed to protect the environment in the Southern Alps region. His reelection bid in 2021 has also been cited as a motivation.

Kaneko did acknowledge that the fate of three-way talks has become uncertain. JR Tokai hopes to begin construction on the Shizuoka section by the end of March, but now that target too is in doubt.