An ANA flight attendant stands in the cabin of an A380 in 2019. Japan's biggest airline operator is betting that reforms will see it through the aviation industry crisis brought by the coronavirus pandemic. (Photo by Masashi Isawa)
MASASHI ISAWA, Nikkei staff writerJanuary 2, 2021 14:35 JST | Japan
CopyCopied

TOKYO -- ANA Holdings, Japan's largest airline operator, is making all-out efforts to plow through turbulence triggered by the coronavirus pandemic and fly high again through a new restructuring plan worked out in an unusual manner.

With the global airline industry hit hard by the international health crisis, ANA suffered a year-on-year plunge of more than 90% in the number of passengers carried and anticipates its worst-ever net loss of 510 billion yen ($4.91 billion) in fiscal 2020 through March.

In the spring of this year, Shinya Katanozaka, ANA's president and CEO, stood dumbfounded at an unprecedented sight -- a nearly empty airport lobby. All Nippon Airways, Japan's largest airline, is the core of the ANA group.

A pandemic is, of course, one such risk. When the severe acute respiratory syndrome, or SARS, spread mainly in East Asia in 2003, ANA overcame the adverse effects on its own.

But the novel coronavirus involves risks more serious than any in the past. Whenever Katanozaka walks through an airport, ANA employees know who he is and speak to him out of concern about their future as other airlines, especially those in the U.S. and Europe, are resorting to workforce cuts.

In a message to employees, Katanozaka moved to assuage such fears. "We will protect jobs," he said, stressing airline employees, who are responsible for the safety of flights and passengers, cannot do that "if they are worried about their jobs." But it is not easy to promise job protection when no exit from the pandemic is in sight. Still, Katanozaka made that tough decision.

"We are in a war," ANA executives and other senior officials all say. Indeed, airlines are in a critical life-or-death situation. They must figure out how to overcome the impact of the pandemic while protecting jobs. Agility holds the key to dealing with that dual task as a delay in decision making could cause a serious blow to the company.

Following the end of Japan's annual Golden Week holiday period in early May, ANA began to discuss downsizing its fleet on the grounds that the effects of the coronavirus crisis would continue, thus necessitating big cost cuts. The discussion started six months before ANA's announcement that it would reduce 33 planes, mainly large ones, from its fleet, or about 10% of its total number of aircraft.

ANA resorted to an unusual step to reduce planes. To work out a management plan, an air carrier first of all usually decides on the "volume of production." Volume in the airline industry means what is known as available seat kilometers, a measure of passenger carrying capacity, which is equal to the number of seats available multiplied by the number of kilometers flown. In a bid to cut costs, ANA used an unconventional method to reduce its number of airplanes.

Airlines then decide where they should fly and which and how many aircraft they should use.

But it is difficult to foresee volume of production when uncertainties remain over the pandemic outlook and how demand for flights will change when it is ends. Further, deliberations are likely to drag out if factors on each flight route are taken into account.

Therefore, ANA first decided how many of its aircraft could be reduced before reviewing flight routes. The reverse approach surprised many employees. But Mineguchi was adamant. "I told them we should go with it," he recalled.

A positive result of the fast move was a delay in the introduction of new aircraft. Airlines make payments when they place orders for aircraft and when they receive them. ANA planned to take delivery of some 15 ordered planes, including the giant Airbus A380 and midsize Boeing 787. The delay is critically important as it means ANA can delay the cash outflow.

The postponement was, not surprisingly, hardly acceptable to aircraft makers. But as ANA began to consider reducing its fleet in early May and negotiate with the manufacturers, it was able put off the acceptance of many of the planes, planned for fiscal 2020, to the following year. In addition, Boeing agreed on a delay of around two years in the first delivery of its new 777-9X, initially slated for fiscal 2021. The company has delayed delivery of Boeing's next-generation 777-9X.

Negotiations with aircraft makers "would have been more difficult if they had started later," Mineguchi said.

Vigorous efforts to overcome the unprecedented crisis were not limited to ANA's corporate headquarters. Airport staff members, flight attendants and other workers in the vanguard of service also rose to the occasion.

At Tokyo's Haneda Airport, where ANA has some 2,500 passenger service staff, many were forced to stay home during the state of emergency in April and May as declines in flights and passengers reduced the number of workers needed per day to around 200, or one-sixth of normal.

While employee morale had been expected to decline, young workers stood up under the slogan of "Haneda at full power," executing various ideas whenever they came up with them, such as a special send-off banner thanking passengers for using the airport and the attachment of handwritten message cards to baggage tags.

Younger employees also came up with a video program to train and educate workers staying at home.

"Young people these days are awesome," said Tetsuo Omagari, a senior official for domestic customer service at ANA Airport Services, which oversees the airline's airport workers. "They are adept at producing videos and have advanced IT skills. They have taken the initiative in raising morale at worksites and introducing the special send-off." 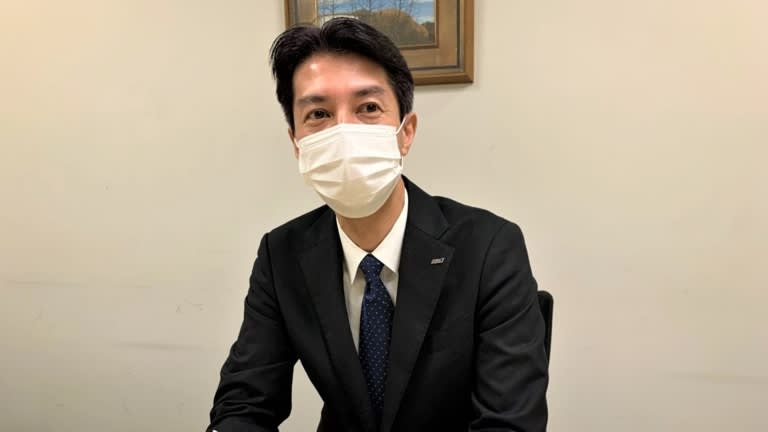 ANA introduced new coronavirus prevention measures at airports in June, including those inconveniencing passengers such as changes in the order of priority boarding and maintenance of social distance. But they have been accepted without any major trouble because of delicate efforts such as advancing boarding times by five minutes or so through collaboration between airport staff and cabin attendants.

Now, Yuji Hirako, president and CEO of All Nippon Airways, speaks to passengers in an in-flight message and that has helped them understand the anti-infection measures, Omagari added.

The third wave of coronavirus infections Japan is currently experiencing has returned Haneda to difficult circumstances after an earlier, albeit temporary, bustle. "We believe passengers will return (to Haneda), so we are considering what we can do then," he said.

The coronavirus crisis has led to diversity among passengers regarding what they value. Some want face-to-face service, while others are eager to avoid it as much as possible. "We are working every day to enhance our sensitivity and accurately understand what passengers are asking for," Omagari said.