Japan's ANA takes risk with superjumbo A380 on Hawaiian flights 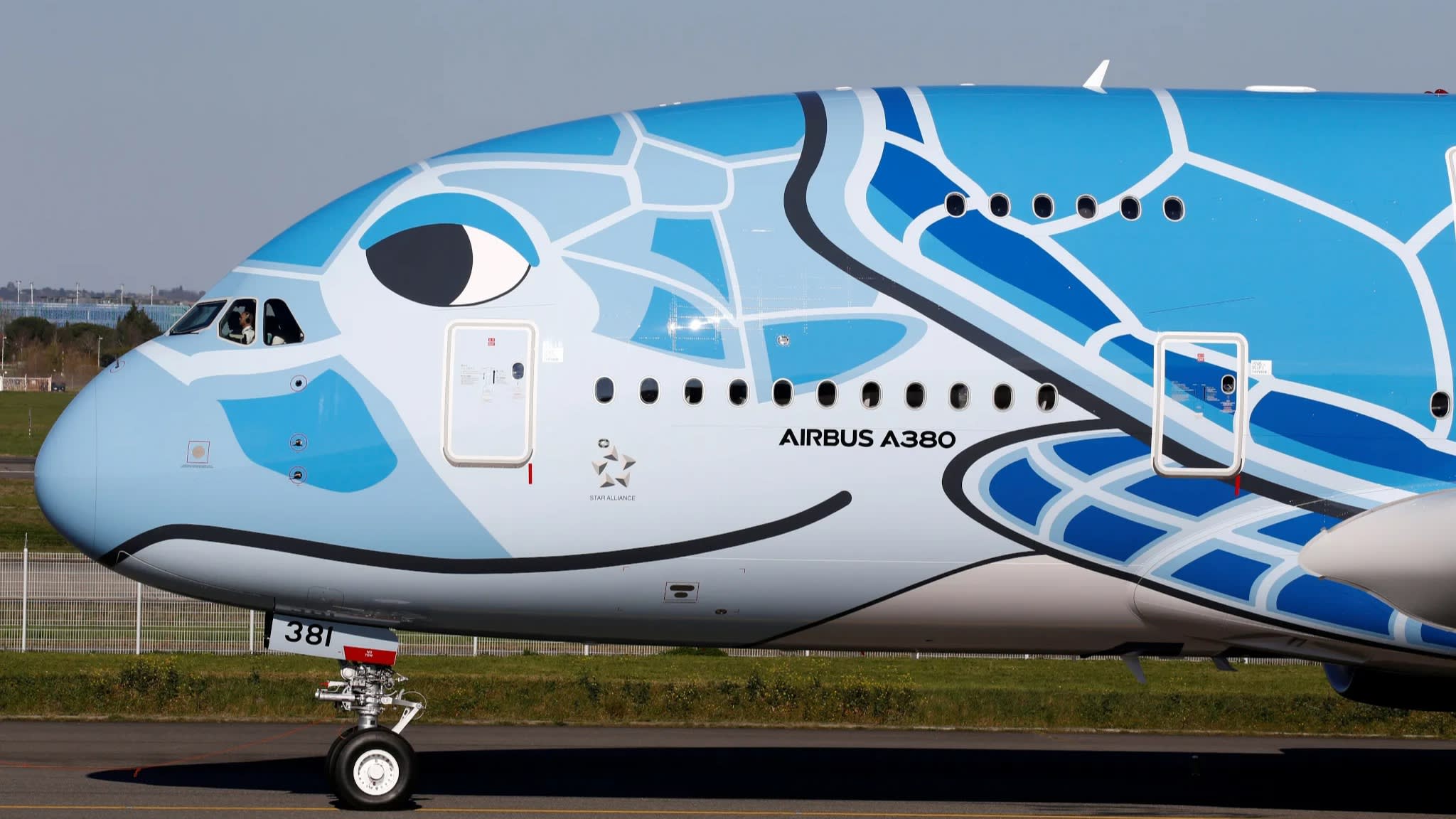 An Airbus A380 for All Nippon Airways prepares to take off during a delivery ceremony near Toulouse, France.    © Reuters
BUMPEI MATSUKAWA, Nikkei staff writerJanuary 14, 2020 07:30 JST | Japan
CopyCopied

TOKYO -- When All Nippon Airways debuted the world's largest passenger plane on its Tokyo-Honolulu route last May, stock analysts questioned whether enough demand existed to support the aircraft's capacity of over 500 seats.

But the Japanese airline has answered with plans to add another Airbus A380 emblazoned with a sea turtle to its fleet, continuing its contrarian expansion strategy despite the doubters. ANA Holdings said Thursday it will increase Hawaii-bound flights from the Tokyo-area Narita International Airport to 14 a week from 10.

Yet the new double-decker A380 will be deployed on the route just as the outlook for air travel dims. Last year's move was already seen as risky, coming when most airlines are flying midsize jets like those in the Boeing 787 family.

So far, concerns about overcapacity have proven unfounded. ANA flew about 21,000 passengers to Hawaii, where the sea turtle is venerated in tradition, during the travel season surrounding Jan. 1. The airline achieved a 49% gain over the same period a year earlier.

Domestic rival Japan Airlines once dominated the Tokyo-Honolulu route, with a roughly 30% share. But ANA appears to have pulled even in terms of seats filled.

ANA makes the most of the superjumbo's size, allowing four passengers to use five seats and offering a multipurpose room that can be used by nursing mothers. Some economy class seats can be converted into beds by raising the leg rests. These features that turn the A380 into a "flying hotel" have been a hit with families.

ANA's expansion strategy also links to the increase in landing slots at Tokyo's Haneda Airport coming at the end of March. The airline gains 13.5 of the 25 added slots, two more than JAL.

From Haneda, ANA will launch nonstop service to five new cities. Of these, flights to Stockholm, Istanbul and Shenzhen will be the first for a Japanese airline, including indirect flights.

ANA has spent heavily on people and planes for these new routes, with its net investment cash flow over the past three years reaching roughly negative 830 billion yen ($7.58 billion at current rates), almost 60% more than JAL. Negative flows indicate more investment going out than returns coming in.

However, air travel conditions have not been favorable recently. Manufacturers, in particular, are cutting back on business trips due to an earnings slump, resulting in lower seat occupancy. ANA Holdings in October downgraded its operating profit projection for the current year ending March 31 by 25 billion yen to 140 billion yen, which represents a 15% decline from the previous year.

A slump in airfreight demand and tensions in the Middle East also have contributed to a lackluster stock price for ANA.

ANA Holdings President Shinya Katanozaka described himself as a "new route advocate" at a news conference in December. He carries a sense of urgency that unless the company aggressively cultivates demand, it will be unable to cope with a shrinking domestic market and competition with foreign rivals.

As demand growth slows for inbound flights, cultivating new customers through new routes is a tough task. Replicating its success in the Hawaii route could pave the way for ANA to recoup huge upfront investments.