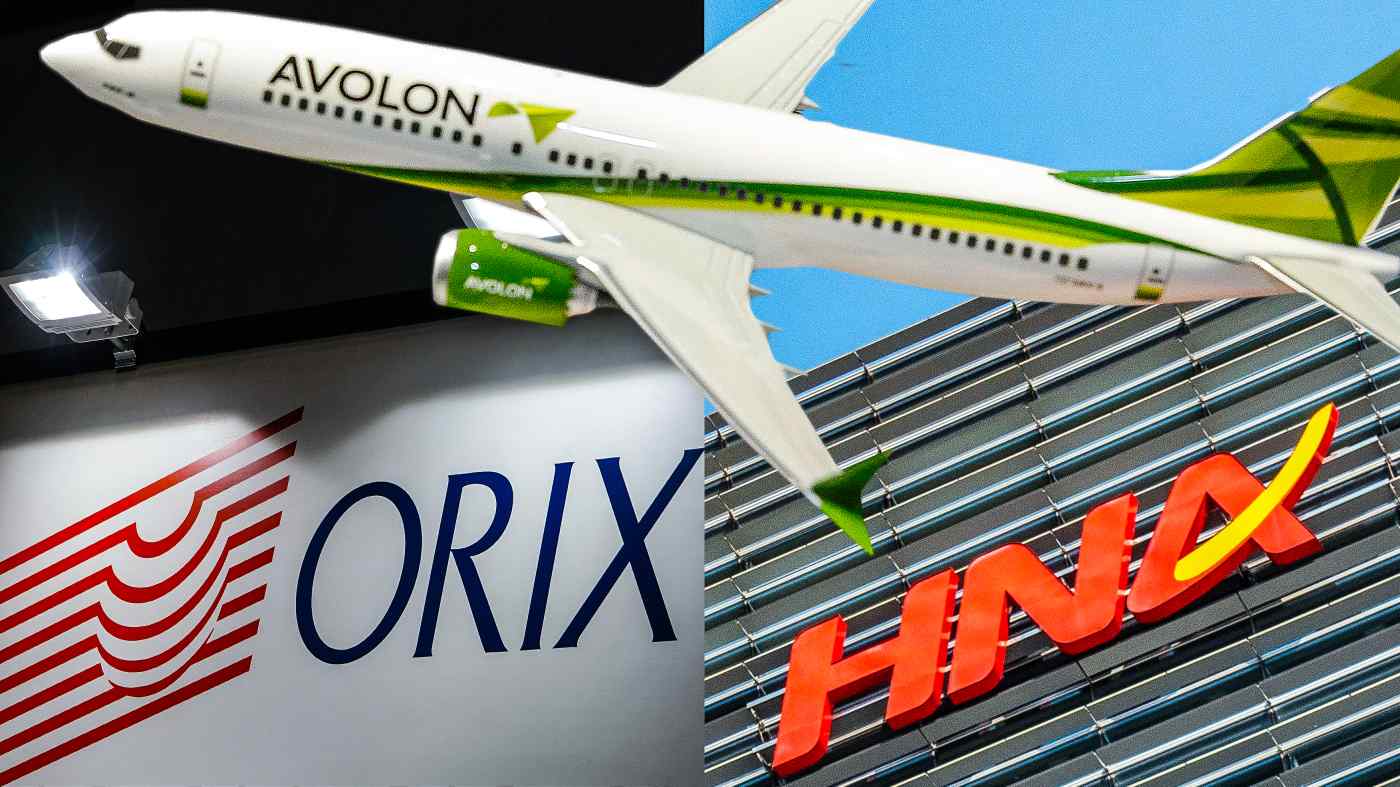 Hitomaro Yano, an Orix executive, said the situation for HNA Group "will be cleared up," as the Chinese conglomerate moves toward a restructuring. (Source photos by AP and Reuters)
KENJI KAWASE, Nikkei Asia chief business news correspondentFebruary 9, 2021 00:18 JST | China
CopyCopied

HONG KONG -- Business conditions around struggling HNA Group have turned positive, according to one of its joint venture partners, after its creditors last month petitioned to bring the Chinese conglomerate to court for bankruptcy proceedings.

Japanese financial group Orix jointly owns Ireland-based aircraft leasing company Avolon Holdings with Bohai Leasing, a Shenzhen-listed unit of HNA Group. Avolon is the world's third-largest aircraft lessor, both in terms of fleet size and value, according to KPMG, and it is considered one of the most precious assets of the group.