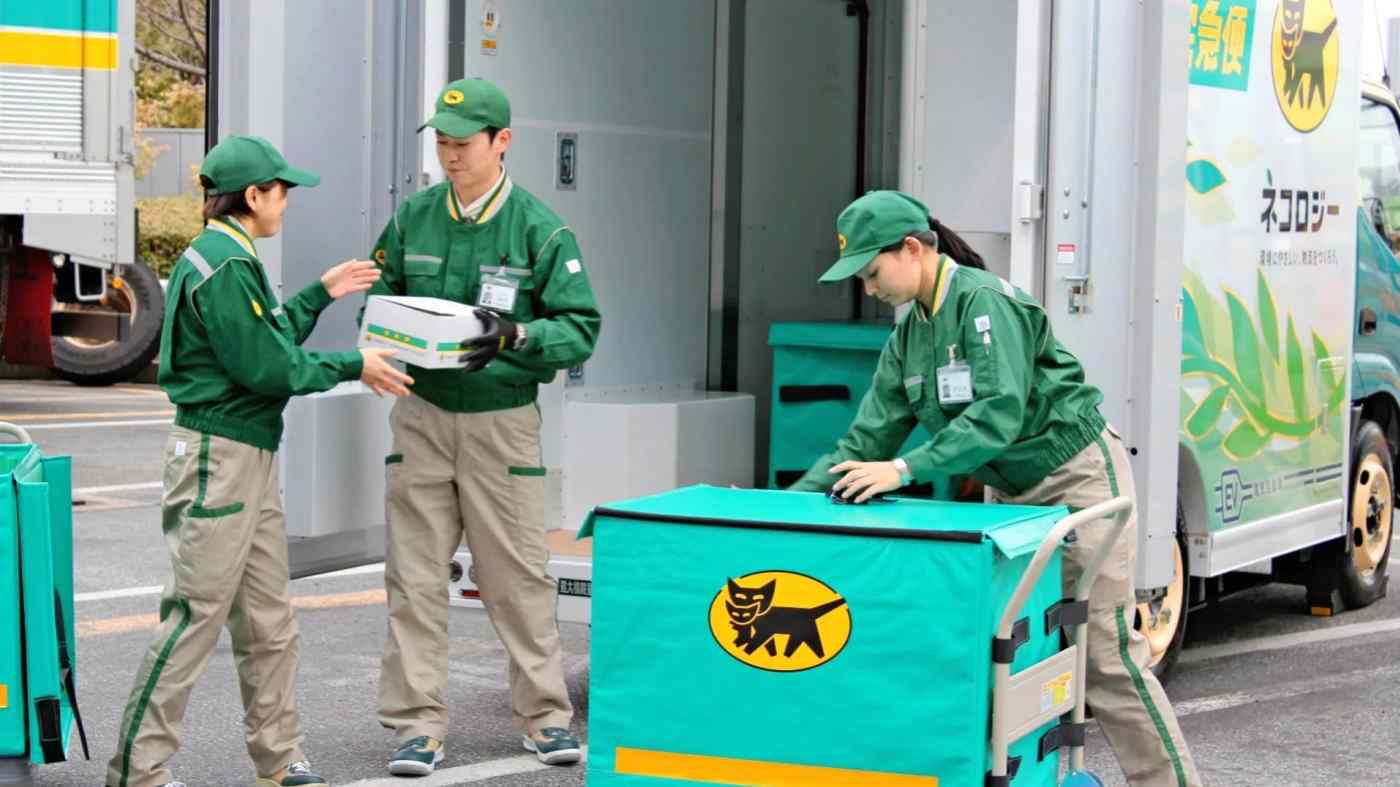 TOKYO -- Japanese logistics group Yamato Holdings no longer plans to add 10,000 contract delivery workers by the end of March, as parcel volumes prove weaker than expected when it set the hiring target.

These workers handle late afternoon and evening shifts, when redelivery attempts tend to be concentrated. Yamato had secured about 6,500 contract delivery workers, including existing employees transferred to these positions, by the end of August.

Yamato aims to increase parcel delivery volume 4% this fiscal year, which would represent the first rise in three years.

But volume edged up just 0.6% on the year in the April-September half, owing largely to a loss of major customers after a 2017 price hike. The slump is expected to continue in the second half.

The company generates about 80% of its revenue from package delivery, which means Yamato's earnings depend heavily on the number of parcels it handles. Rising labor and other costs threaten to crimp profits.

The company has no plans to scrap the original target of 10,000 contract delivery workers. Adding these jobs is "necessary to achieve work reform in the field," a Yamato executive said.