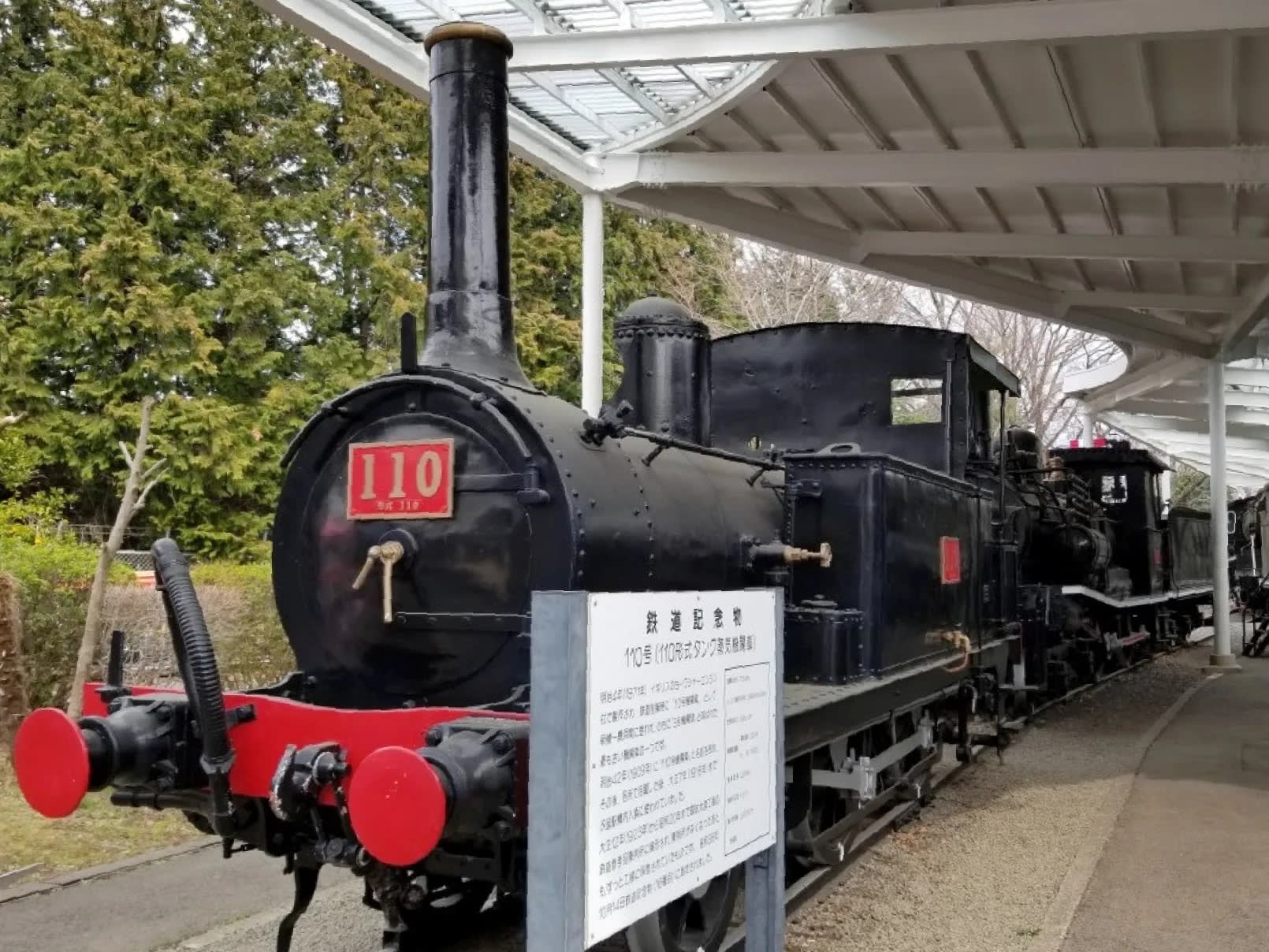 The Type 110 locomotive, pictured here at its former home in a Tokyo park, traveled on Japan's first rail line.

YOKOHAMA, Japan -- A steam engine that once traveled along Japan's first train line will come back this spring to the wellspring of the nation's rail system in Yokohama.

The Type 110 locomotive went into service in 1872 -- the year after it was imported from Great Britain -- on a line connecting Yokohama with Tokyo. It was retired decades later, in the first part of the 20th century.

The engine was on display at Tokyo's Ome Railroad Park from 1962 to 2019. The car will return to Sakuragicho Station, which served as Yokohama's main station when the train first went into service.

East Japan Railway, or JR East, will place the locomotive near the first-floor entrance of a mixed-use building the company is developing at Sakuragicho Station, according to a source. Passersby will also be able to see it through glass.

Although the engine car is the original, it will be attached to a wooden passenger car that has been entirely reconstructed. The replica's design is based on British documents pored over by experts. The locomotive will sit on outdated double-headed tracks, adding to the authenticity.

JR East will display the train in time for the 150th anniversary of Japanese rail transport in 2022. Admission to the exhibit will be free, and visitors will be able to enter the passenger car. Other material related to rail history will be presented on-site.

Tokyo's Shimbashi Station served as the other terminus of the maiden rail line. A steam locomotive put on display near the station in 1972 to celebrate the centennial is a familiar sight to passengers today.

A similar display at Sakuragicho Station is expected to help generate traffic for the area, which is undergoing redevelopment. Other landmarks in the works include a new 32-story city hall and a gondola ropeway to the waterfront.