No Amazon, no problem for Japanese courier Sagawa 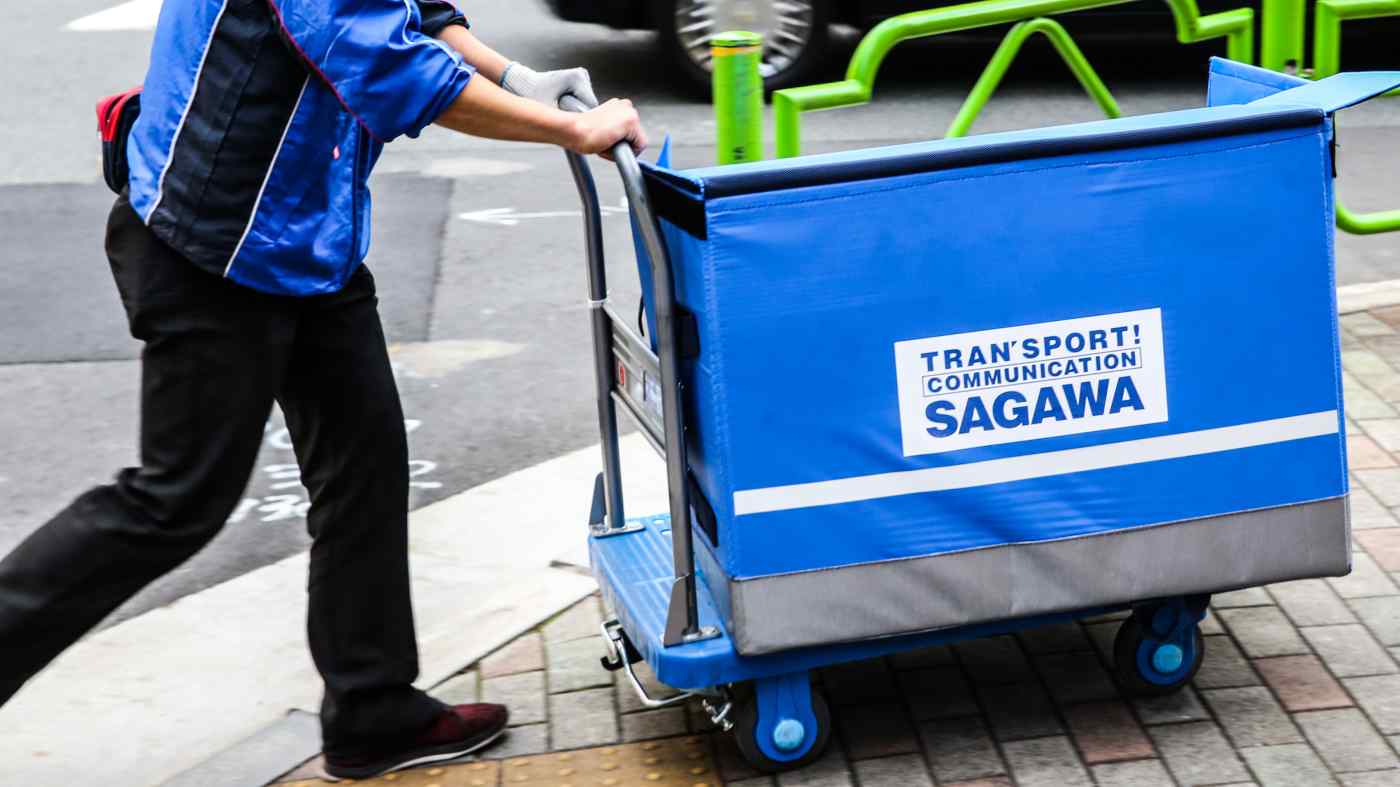 TOKYO -- The parent of Japanese delivery company Sagawa Express has focused on profitability and reduced reliance on large customers like Amazon Japan, and the strategy is starting to pay off.

SG Holdings' group operating profit grew to 37.1 billion yen ($340 million) in the fiscal first half through September. That is 14% higher than the same period last year, and it beats the company's target by over 2 billion yen.

The results were supported by a brisk increase in delivery orders and SG's efforts to limit outsourced deliveries. Domestic analysts reacted positively to the results.

SG indicated in 2013 that it was refocusing on profitability. At that time, Japanese delivery services were handling more and more parcels from Amazon. SG increased its delivery capacity with more depots and subcontractors, but it could hardly keep up with demand. Later that year it withdrew from a delivery deal with Amazon, through which the U.S. company insisted on low fees in exchange for the promise of large delivery volumes.

"We strongly felt the risk of falling margins," an SG executive said.

The Amazon deal also came with seasonal fluctuations in demand. Deliveries spike in the gift-giving seasons in July and December, followed by sharp drop-offs. SG's strength had been stable demand from corporate customers, so the Amazon deal brought the unwelcome risk of inconsistent delivery volumes.

In the past year, the number of parcels SG handled peaked at 361 million in October-December 2018, and was smallest at 314 million in January-March 2019. These figures represent respectively 27% and 24% of the full-year total, a difference of just 3 percentage points, compared to a 7 point gap for market leader Yamato Holdings. The industry average is a 5 point difference, according to transport ministry data.

In the past, major delivery companies like Yamato were able to profit even while handling fluctuating delivery volumes, in part by having their own workers put in large amounts of overtime to limit outsourcing.

Yamato has been increasing its in-house delivery capacity to reduce subcontracting, but it is still only halfway to its goal.

SG has also successfully introduced price hikes in the April-September period to further boost its profits. Average delivery unit price rose 5% from a year earlier to 636 yen. The company increased its consolidated operating profit forecast for the full year by 3.5 billion yen to 75 billion yen, up 7% from the previous year.

Yamato's price hikes have grabbed headlines, but SG actually started raising rates more than five years ago, and industry insiders have come to see it as a pricing leader. It softened the impact by increasing prices gradually.

SG's performance, however, has so far failed to impress investors. While its share prices have not fallen dramatically since the start of the year like those of Yamato and Japan Post Holdings, they remain weak. Analysts attribute this to wariness of a possible drop in consumer spending after the October sales tax hike in Japan.

Some analysts warned that delivery orders may decrease after the tax increase, but an SG insider said the impact has been "minimal." SG raised its full-year dividend per share forecast by 2 yen to 44 yen at the results briefing for the fiscal first half to September.

"SG may exceed its full-year earnings target," said Ryota Himeno, an analyst at JPMorgan Securities Japan, adding that he expects the earnings results to be strong.