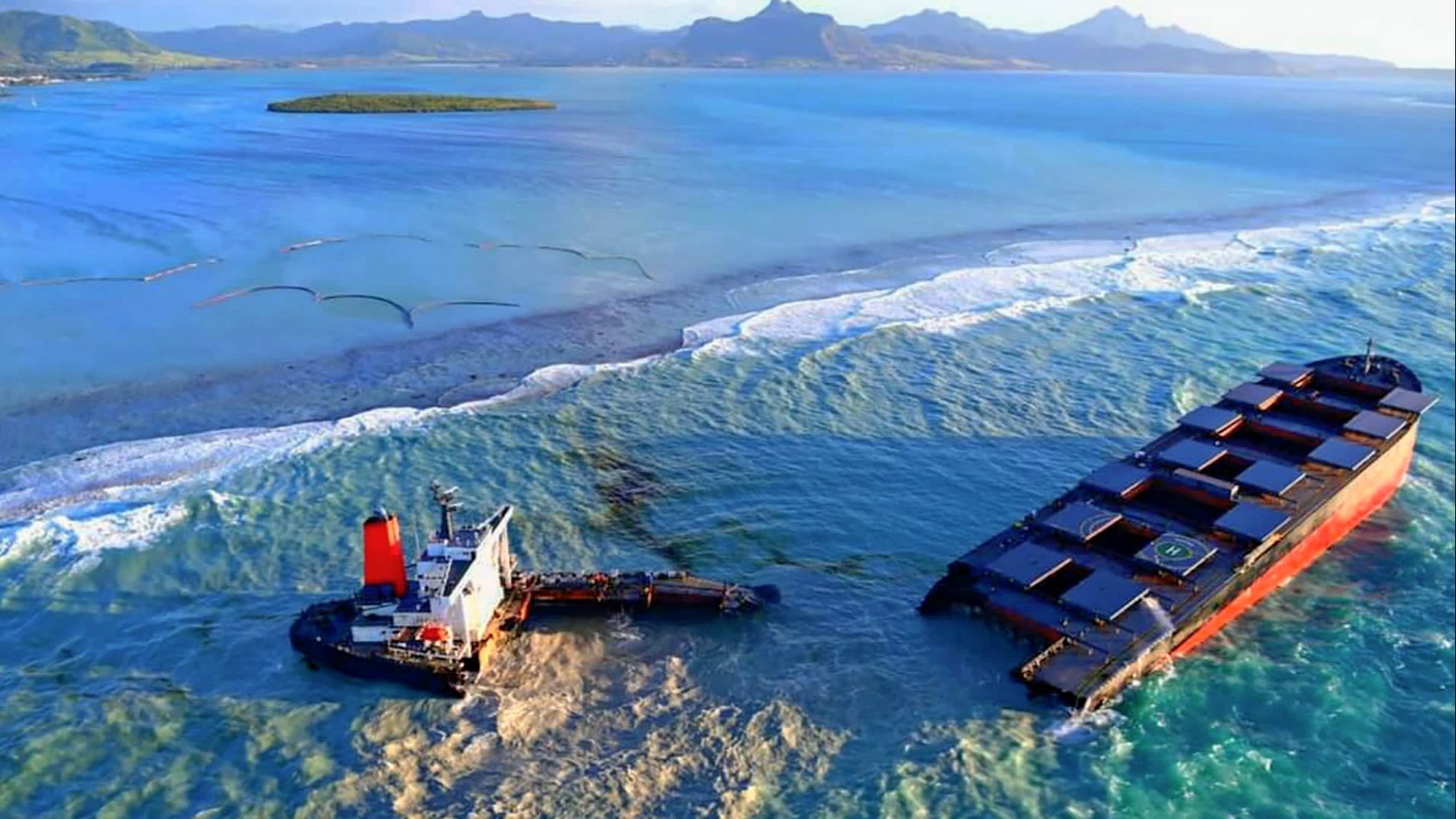 The bulk carrier Wakashio, shown here in a photo courtesy of news site lexpress.mu, has broken apart since running around off Mauritius in July, spilling the contents of its fuel tanks.   © Kyodo
KEIGO YOSHIDA, Nikkei staff writerSeptember 11, 2020 03:04 JSTUpdated on September 11, 2020 12:19 JST | Japan
CopyCopied

TOKYO -- Mitsui O.S.K. Lines, a Japanese maritime shipping company that had a cargo vessel run aground in August, spilling thousands of liters of fuel into the sea off Mauritius, said Friday it will spend about 1 billion yen ($9.42 million) to help with the cleanup effort, including setting up an 800 million yen fund to pay for environmental restoration.

The fund, which will make disbursements over several years, will pay for coral reef recovery projects, mangrove protection and preservation of seabirds in and around Mauritius, the company said.

Mitsui O.S.K. will also join with a private-sector company to dispatch investigators to assess the scale of damage to nearby coral reefs.

These initiatives expand an effort by Mitsui O.S.K, which chartered the stricken ship, to help restore the reefs, the crown jewel of Mauritius' tourism-based economy.

The company is apparently considering direct assistance to the Indian Ocean island nation's tourism and other industries as well.

The Mitsui O.S.K-chartered bulk carrier Wakashio ran aground on a reef July 25 and has spilled more than 1,000 tons of fuel oil since Aug. 6. The ship was en route to Brazil after unloading cargo at a port in China's Jiangsu Province. 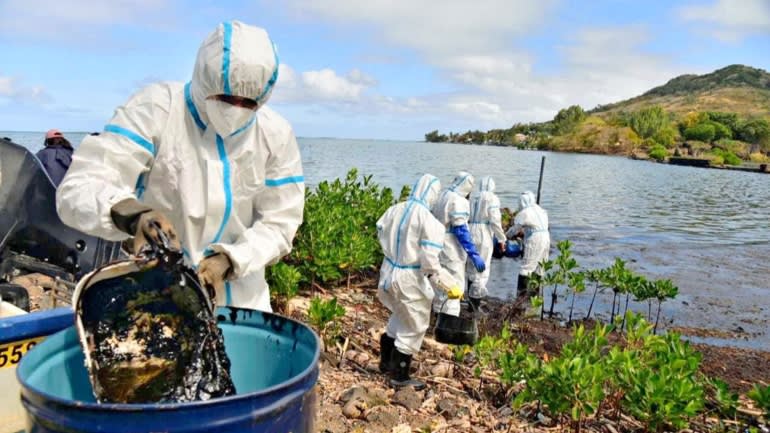 Workers clean up fuel oil that drifted to the shores of Mauritius.   © Kyodo

Oil has reached Mauritius' mangrove forests and elsewhere along the coastline. Cleanup work is underway.

Under the Convention on Limitation of Liability for Maritime Claims, responsibility for the accident falls on the vessel owner. Nagashiki Shipping, headquartered in Japan's Okayama Prefecture, is expected to pay damages.

If a liability case is brought under the convention in a Mauritius court, the compensation would likely face a cap of about 2 billion yen ($18.8 million). That amount would not be enough to help Mauritius recover from the spill, observers say.