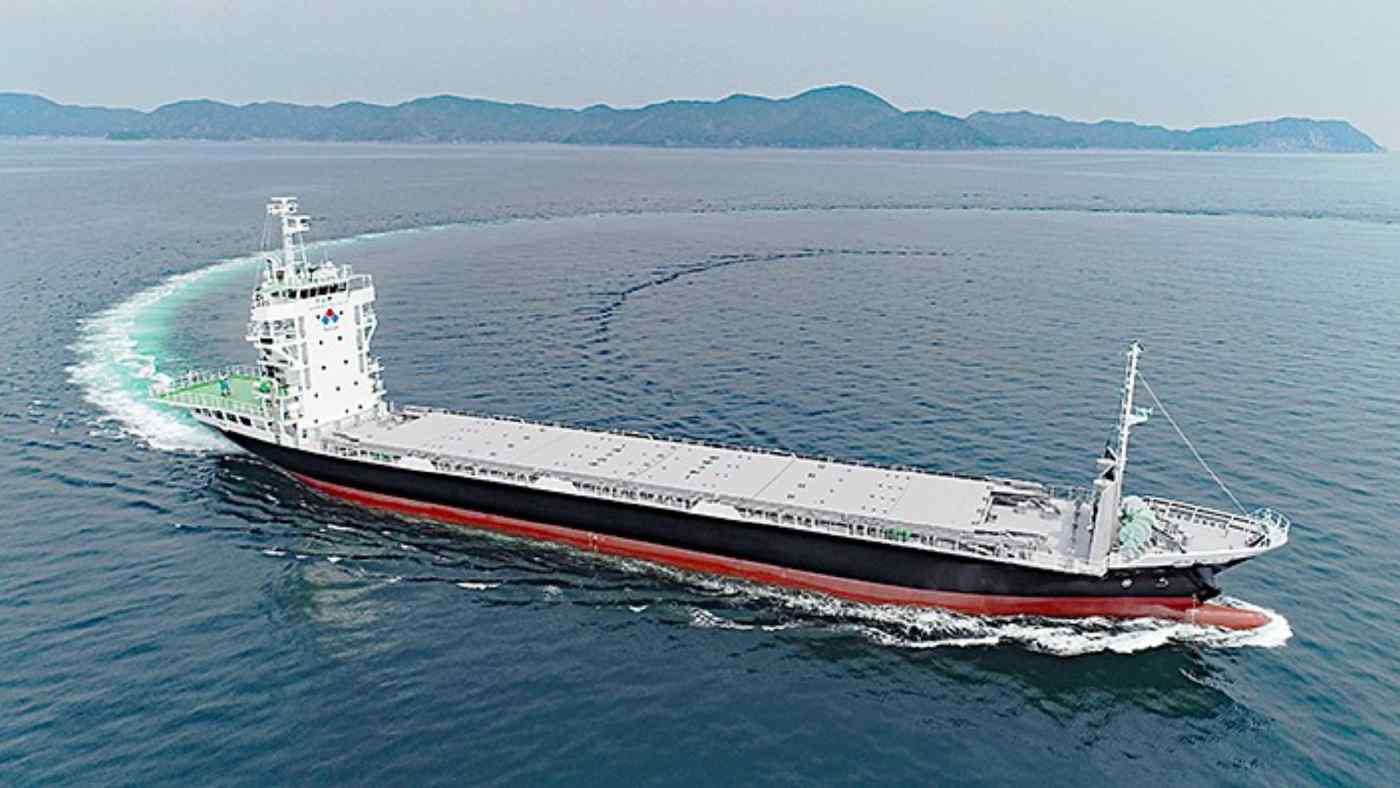 TOKYO -- A group of 40 Japanese shipping companies, shipbuilders and technology companies aims to have remote-control vessels ply Japanese waters as early as 2025, a potential life preserver for a graying industry suffering from a chronic labor shortage.

The project under the auspices of the nonprofit Nippon Foundation will use satellites and high-speed fifth-generation wireless networks for communication between land and sea, and artificial intelligence to help set efficient routes. Participants include Nippon Yusen and Nippon Telegraph & Telephone.

If domestic ships can be steered from land-based centers hundreds of kilometers away, crew members could simply commute to a nearby control station instead of needing to spend months at sea. Even graduates of maritime training schools now shy away from these harsh conditions. The Nippon Foundation aims to have unmanned vessels account for 50% of domestic shipping by 2040.

The broad consortium can handle technical challenges, including the need for cameras and sensors that monitor conditions in place of a human crew, that transportation companies and shipbuilders could not tackle on their own.

"We don't intend to monopolize the technology we've developed," said Satoru Kuwahara of Japan Marine Science, a Nippon Yusen group company involved in the project. "We want to work with good partners to create a market for it."

The remote-control technology will undergo a trial run late next year with a mid-size domestic container ship, which will also be equipped with a system enabling it to automatically steer away from potential collisions with other vessels. The plan is to include all the necessary equipment and systems in a container that can be installed on existing ships, removing the need for an expensive refit. Younger workers, including graduates of maritime training schools, are increasingly shying away from the long hours and strenuous labor. (Photo courtesy of Shiraishi Kaiun)   © Kyodo

The communications will be handled on NTT mobile networks, likely on LTE, with satellites from broadcaster Sky Perfect JSAT serving as a backup if the connection is severed. Maritime telecommunications are said to be a decade out of date from the mainstream, with transmissions from land to ships less than 100 km away traveling at the equivalent of 2G speeds.

Pressing Japanese shipping companies to turn to unmanned navigation within coastal waters is the severe labor shortage crippling the industry.

Over half of crew members are at least 50, according to the Japan Federation of Coastal Shipping Associations. Roughly 30% are 60 or over.

Under Japan's cabotage regulations, which governs maritime shipping between domestic ports from national security and other standpoints, foreign nationals are not allowed to be crew members on domestic vessels.

Amid those restrictions, Japanese crew members have to endure severe working conditions aboard ships for months on end. There is a lack of workers domestically that will take on such an occupation.

Last year, there were 28,435 sailors on the job, down more than half from the peak in 1974. As crew members in their 60s and 70s retire over the next decade, the head count is expected to decline by the thousands.

The development of automated navigation technology, including unstaffed vessels, has become a pressing issue to maintain a stable domestic logistics network.

Unstaffed vessels will also provide a solution to the sailor shortage, which can be described as a social issue. Support for the initiative has already started.

The Nippon Foundation has emerged as a benefactor. The group will provide 3.4 billion yen ($32.5 million) in assistance to five proof-of-concept tests during the current fiscal year, including Nippon Yusen's project.

The aid will provide a leg up to marine shipping companies, which have been hurt as global shipping volume softened amid the coronavirus pandemic.

If Nippon Yusen or other companies succeed in commercializing unstaffed domestic ships, they can contribute to the creation of crewless shipping routes. Remote-control ferries have been tested in Scandinavia and elsewhere, but technology has yet to be developed that would lend to practical oceanic navigation, given waves and stormy weather.

The goal of the Nippon Foundation is to have half the ships traveling between domestic ports be unstaffed by 2040. This would substantially ease the labor shortage, paving the way to maintain current transport levels with half the crew. Furthermore, the construction and maintenance of vessels, as well as the development of a telecommunication environment, would generate about 1 trillion yen in estimated annual economic activity, the foundation estimates. Cruise operator Tryangle is working with Marubeni to develop self-sailing technology, with tests planned for a 1.7 km route off the coast Yokosuka. (Photo from Tryangle's Twitter account)

Autonomous ships are expected to be a boon in tourism and disaster relief as well. Trading house Marubeni and cruise operator Tryangle are developing self-sailing technology for smaller recreational vessels, and will start tests on a 1.7 km route off the coast Yokosuka in fiscal 2021.

The companies plan to hone their navigational technology using AI by repeating the trip over and over. They will also test the vessel's ability to avoid collision with other ships by using its sensors to adjust speed and course.

The companies expect to use self-driving vessels mostly to serve tourists and local residents, but also to transport supplies during a natural disaster or other emergency. Many islands across Japan rely on regular maritime deliveries of groceries and other materials, and the companies believe there is significant demand for self-driving ships outside of tourism. They aim to commercialize the technology by 2025.

Autonomous sailing is currently one of the hottest fields for investment in the maritime shipping industry. The market for self-sailing vessels, as well as related components and services, is expected to hit $78.8 billion in 2025, or more than 25 times the 2018 figure, according to U.K.-based Credence Research.

Competition is heating up outside of Japan as well. Rolls-Royce successfully tested an autonomous short-distance ferry in 2018, while Norway's Yara International is developing an autonomous container ship.

Autonomous ships require a safe and efficient nerve center that can manage its various controls at once, from navigation and communication to propulsion. Their performance hinges on how well these systems are constructed.

Though shipbuilders have traditionally built their own control systems, they are now relying more on suppliers with this task. "Fostering suppliers that can build and supply well-functioning systems is critical to boosting Japan's competitiveness," Japan's transport ministry said.

In August, eight countries, including Japan, China, South Korea, Singapore and Norway, launched the MASSPorts initiative on self-sailing vessels. They will work together to create shared rules on how the vessels communicate and operate within ports, among other things. It remains to be seen whether Japan's maritime players can successfully commercialize the technology.