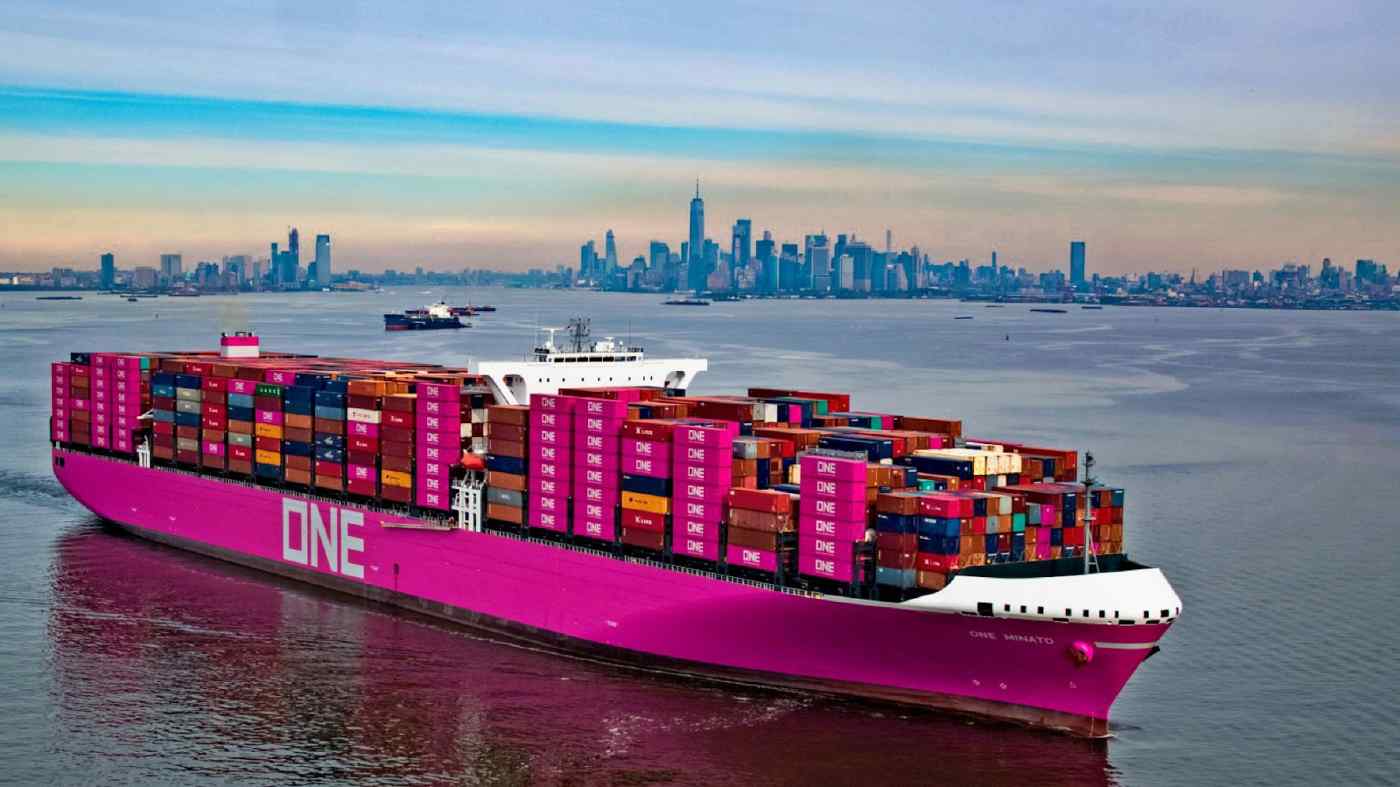 TOKYO -- When Japan's three largest maritime shippers combined their container-shipping operations in 2017 to establish Ocean Network Express, or ONE, then-Nippon Yusen President Tadaaki Naito said it was his wish for the new company to outperform and surpass its parents.

Billing itself as the world's sixth-largest container carrier, the joint venture between Nippon Yusen, Mitsui O.S.K. Lines and Kawasaki Kisen now finds itself having to rethink its plans and its creators' ambitions.