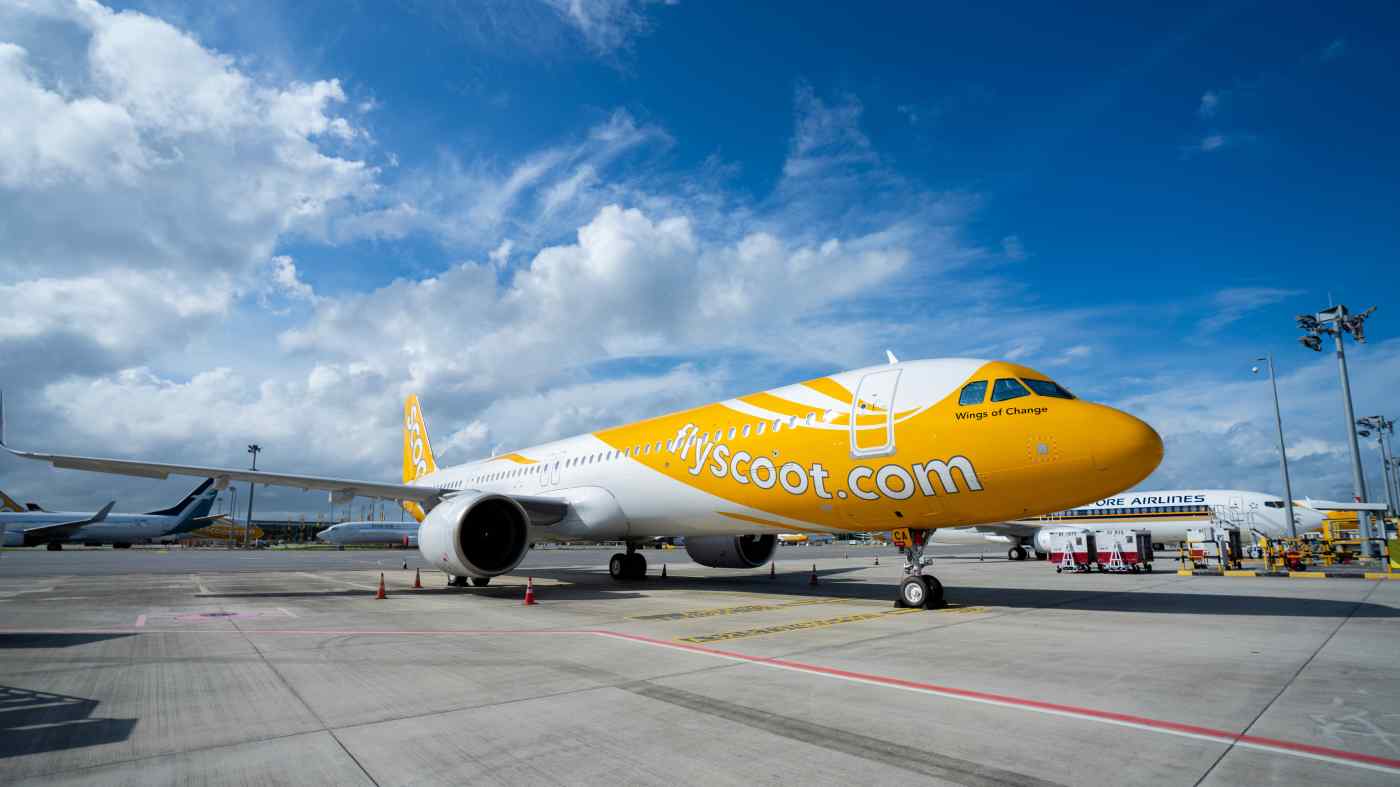 SINGAPORE -- Singapore Airlines' subsidiary Scoot will debut new Airbus A321neo jets to serve Thailand, Vietnam and the Philippines from Monday, as it tries to position itself for an anticipated post-pandemic rebound in Asian travel.

The low-cost carrier said the first flights using the planes will serve its Singapore to Bangkok route on Monday. The A321neos will then be rolled out for travel from the city-state to Cebu in the Philippines and Ho Chi Minh City in Vietnam from August.

Scoot has 16 of the aircraft on order from Airbus, and will own six of them while leasing the rest. The carrier made the commitment to refresh its fleet with the jets in 2019, before the world was hit by COVID-19 -- which plunged global aviation into a severe downturn.

But vaccination campaigns to reverse COVID's damaging effects in Asia have offered a glimmer of hope to airlines like Scoot, which have activated plans to prepare for a revival of air travel in core markets within the 10 countries of the Association of Southeast Asian Nations and the wider region.

"We're quite excited, as the pandemic recovery continues, at the new opportunities that the 321 opens up," the carrier's Chief Executive Officer Campbell Wilson said at a virtual media briefing on Monday.

The CEO said his company was mindful of paring costs during this period. Airlines across the world are struggling to survive, given that large-scale travel is still constrained by border restrictions in place to minimize the spread of COVID.

Airbus' A321neo offers Scoot fuel savings of 12% to 20%, Wilson said. The planes also allow for an increased flight range of up to six hours and more passengers, with up to 50 more seats than the A320neo aircraft that Scoot had been using.

"Initially it's going to go to the Philippines and to Vietnam, and then progressively it will be operating to existing points within the Scoot network," Wilson said, adding that his company will evaluate as the pandemic progresses what routes its fresh fleet could eventually serve.

Scoot and its parent, SIA, face an uphill battle to revive travel. While carriers in the U.S., where vaccinations have progressed, bottom out, uneven recovery from the pandemic continues to weigh on passenger traffic in Asia.

Airlines shoulder high fixed costs, including labor and plane leases. When the pandemic halted or greatly curtailed business, they borrowed heavily to secure an operating cushion.

Scoot's pivot to cargo operations did help earnings. Wilson said his airline ran over 1,000 such flights in the past 15 months, accounting for around 20% of total revenue, by taking out seats from passenger aircraft to create space for packages.

"The recovery for aviation, especially in this part of the world where we don't have a domestic market, is entirely due to regulatory permissions," Wilson noted on Monday.

"What gives us confidence is that we look at parts of the world where these regulatory constraints have been removed, whether it's domestic Australia for a while, New Zealand, the U.S., China, more recently Europe -- we've seen that travel has recovered very fast."