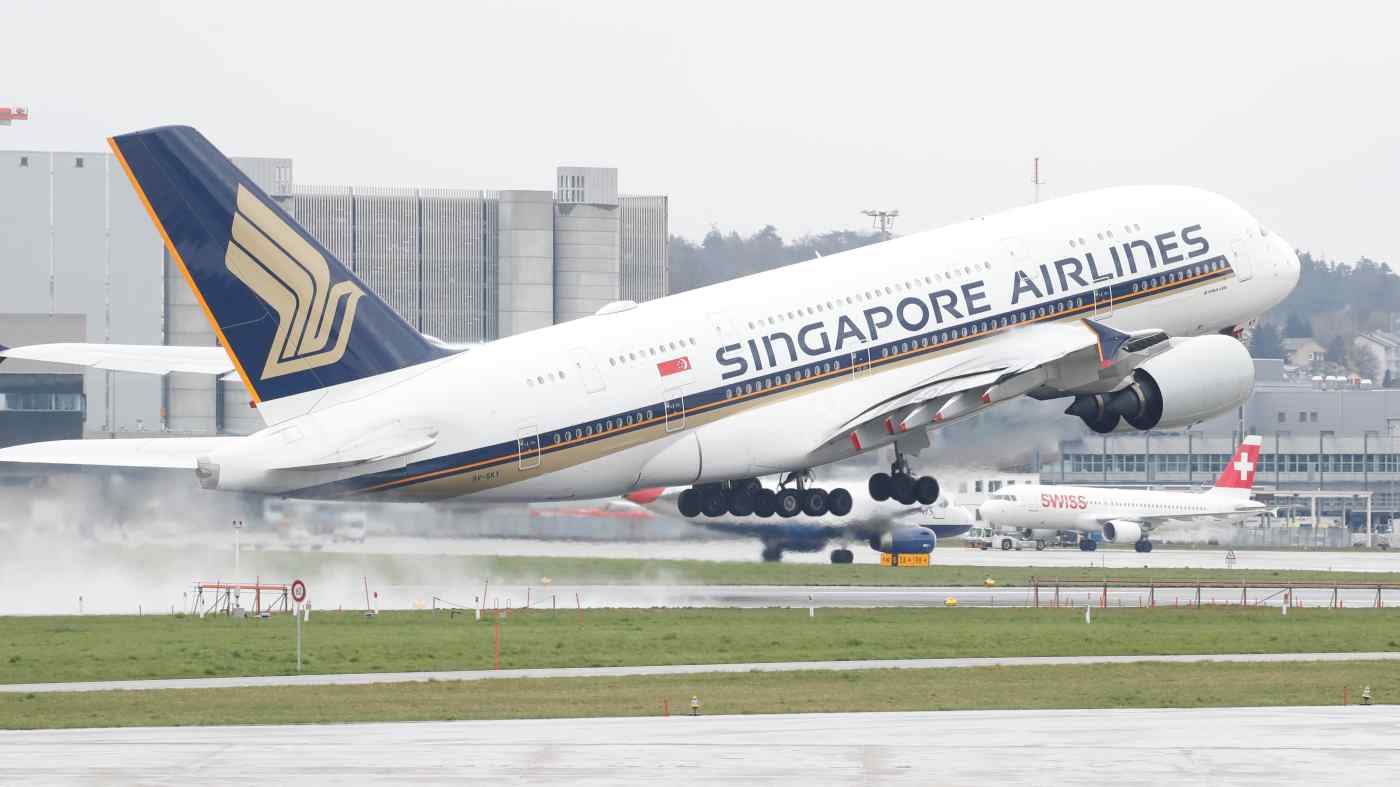 Singapore Airlines will cut its payroll by around 16% as it tries to stem losses brought on by the coronavirus pandemic.   © Reuters
KENTARO IWAMOTO, Nikkei staff writer September 10, 2020 22:42 JST | Singapore
CopyCopied

SINGAPORE -- Singapore Airlines will eliminate 4,300 positions, including 2,400 layoffs, due to the prolonged slump in travel demand stemming from the coronavirus pandemic, the company said Thursday, becoming the latest global carrier to announce big job cuts.

In addition to the layoffs, the company will eliminate 1,900 jobs through a recruitment freeze, attrition and voluntary retirement programs across its three airlines: Singapore Airlines, short-haul brand SilkAir and low-cost brand Scoot.

The company had an average of 27,619 employees in the fiscal year that ended March 31, according to the company's annual report. Cutting 4,300 positions translates to around 16% of the company's payroll.

Singapore Airlines did not specify which departments and positions will be affected, but said the layoffs will take place both in Singapore and overseas.

"This decision was taken in light of the long road to recovery for the global airline industry, due to the debilitating impact of the COVID-19 pandemic, and the urgent need for the group's airlines to adapt to an uncertain future," Singapore Airlines said in a statement on Thursday, noting that it expects to remain operating at less than 50% of capacity in March next year.

Based in the city-state, Singapore Airlines has no domestic market to fall back on. This puts it in a difficult position, even as countries around the world begin to ease strict coronavirus lockdowns.

The company reported a net loss of 1.12 billion Singapore dollars ($810 million) for the April to June period, a record quarterly loss, with revenue dropping 79% from a year earlier.

"Given that the road to recovery will be long and fraught with uncertainty, we have to unfortunately implement involuntary staff reduction measures," CEO Goh Choon Phong said in the statement. The staff affected will leave over the next few weeks.

The company had implemented other measures to cut costs and bolster its cash on hand, including negotiating with aircraft makers for delays in delieveries of planes and payment schedules, and raising funds through the sale of new shares and convertible bonds.

But air travel has been slow to recover. The International Air Travel Association in July forecast global demand for air travel would not return to the level of 2019 until 2024. Previously it had predicted the rebound to happen by 2023. This year's global passenger numbers are expected to be 55% lower than in 2019, it said.

Singapore Airlines' retrenchment will likely be one of the biggest by an Asian airline. IndiGo, India's largest airline by market share, which is operated by InterGlobe Aviation, announced it would lay off 10% of its workforce of about 27,000 people. Philippine Airlines has cut around 300 staff, budget airline Cebu Air has laid off over 800 positions. The liquidation of Thailand's low-cost carrier NokScoot left over 400 people unemployed. Many other airlines are trying to avoid layoffs by offering employees unpaid leave.