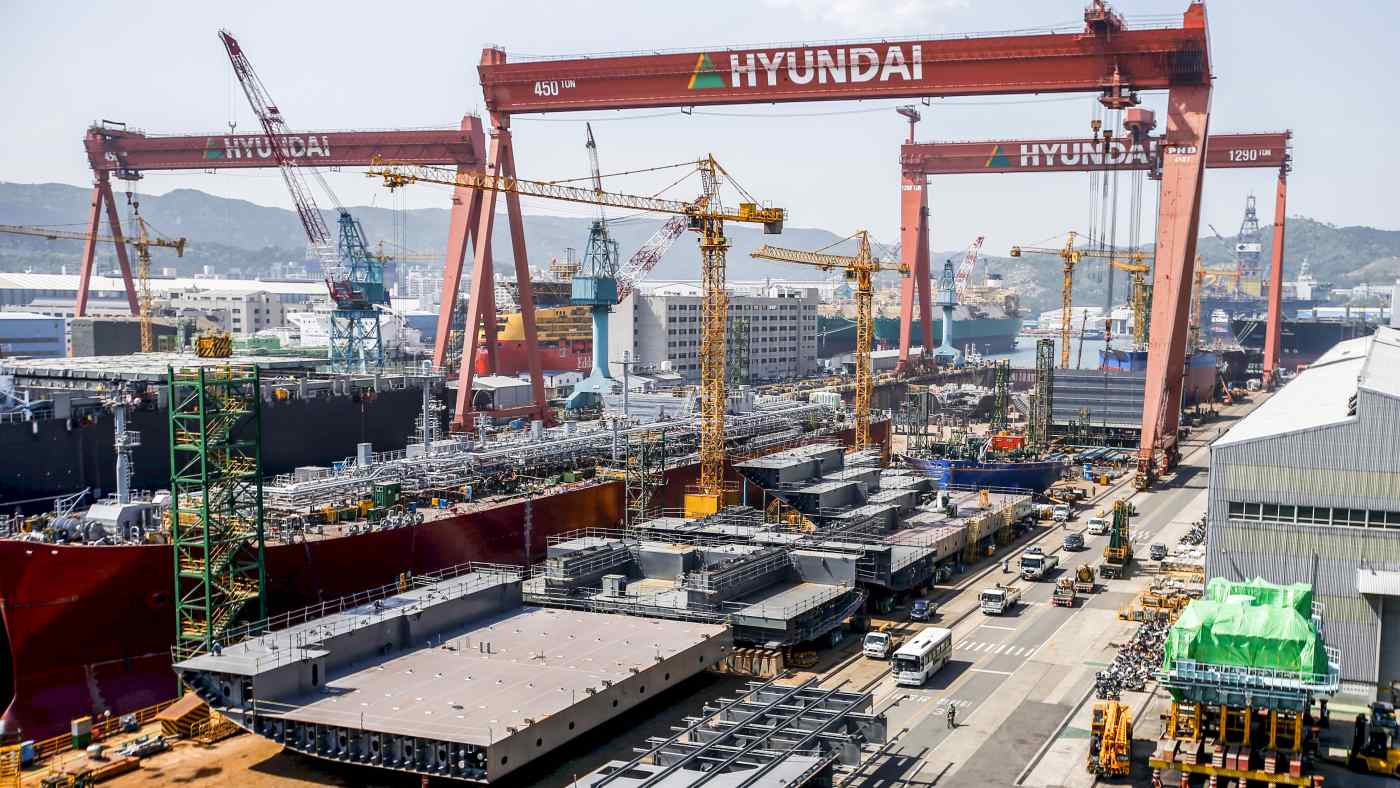 SEOUL -- Things are looking up for South Korea's shipbuilders after a prolonged slump, as new orders pour in and global trade gets a boost from government stimulus-induced consumer demand during the coronavirus pandemic.

Beginning in the early 1970s and led by Hyundai Heavy Industries, South Korea overtook Japanese rivals and dominated the global industry for decades. But in recent years, China has taken advantage of lower costs to seize the mantle as the world's biggest shipbuilding nation.

South Korean shipbuilders, however, retain a reputation for quality and technical innovation and are hoping that the six-day blockage of the Suez Canal boosts orders as it showcases the importance of avoiding mishaps in key global trade choke points.

Shares of Samsung Heavy Industries jumped 3.45% on Monday, after rising 6% on Friday on its announcement that it had won a 2.8 trillion won ($2.5 billion) order for 20 container ships in what Daishin Securities said is the largest single deal in the history of the merchant shipbuilding industry.

"We are getting many calls for a wide range of vessels, including container ships, as cargo demand is increasing and expectations for freight rates are high," said a KSOE official. "We will strengthen our status in the global market by winning more orders with improved technology."

Two weeks ago, Daewoo Shipbuilding & Marine Engineering said that it had won a 265 billion won order for three very large gas carriers (VLGCs) from a European shipowner. With the deal, DSME has won orders worth $1.8 billion so far this year, 23% of its goal of $7.7 billion.

Analysts say that the deals signal a resurgence in South Korean shipbuilders, which are benefiting from rising global cargo demand spurred by the growth of e-commerce amid the coronavirus pandemic.

"Freight rates for container ships have been very high for the last 10 months since June 2020 as stimulus packages in key countries boosted demand for goods," said Kim Hyun, an analyst at Meritz Securities. "Therefore, shipping companies from Ocean Alliance and The Alliance, which have relatively smaller fleets of megaships, are increasing their orders since the fourth quarter of 2020."

Traffic in the waterway resumed Monday after the stranded cargo ship Ever Given was fully refloated, ending the blockage in one of the world's busiest maritime lanes and the shortest regular sea route between Europe and Asia.

"As capabilities become more important, megavessel-focused South Korean shipbuilders are in a better position," said Daishin analyst Lee Dong-heon. "Shipowners and shipping companies are always careful in placing orders because a ship is used for 25 years once it is built, and its price is between 100 billion won and 200 billion won per ship."