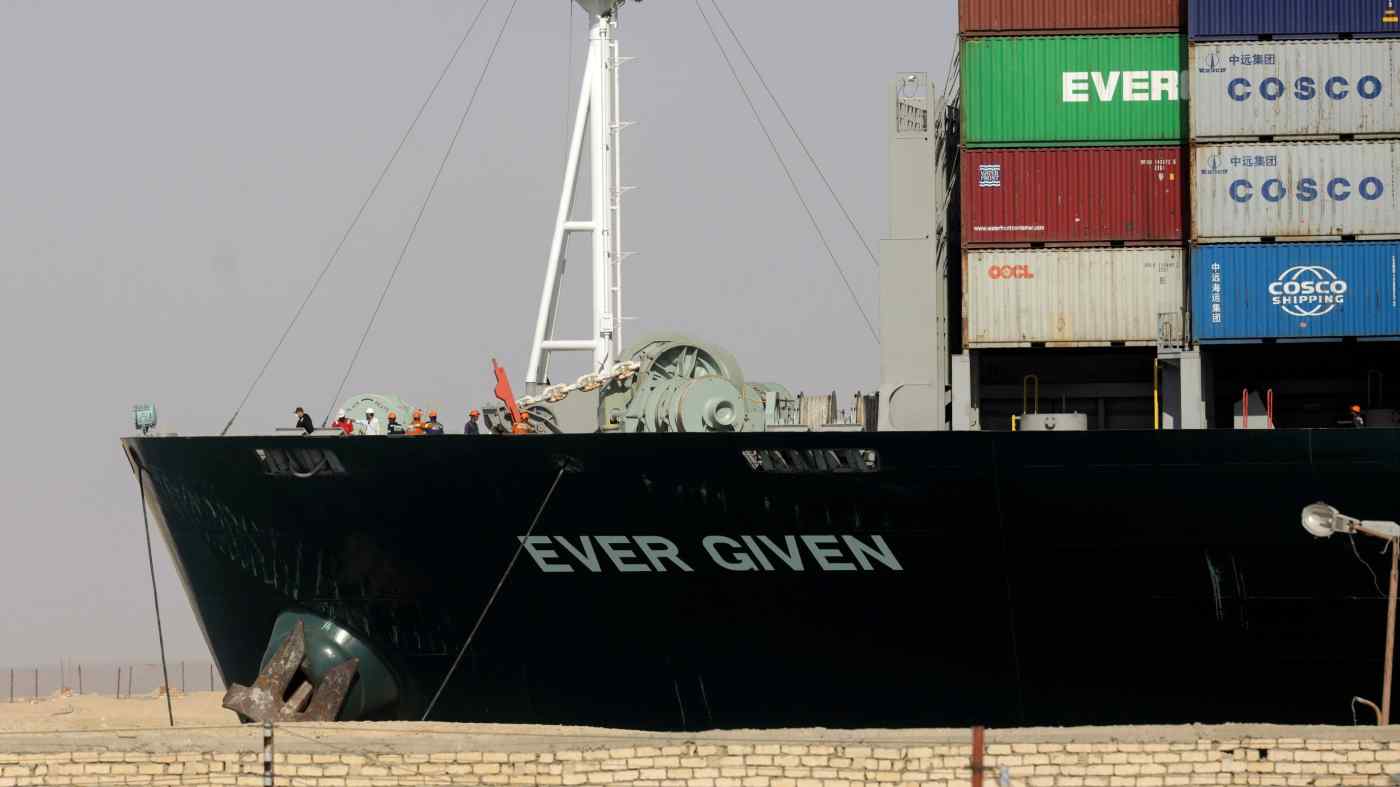 The Ever Given, one of the world's largest container ships, navigates the Suez Canal on March 29 after being fully floated to unblock the crucial waterway.   © Reuters
YU NAKAMURA and TAKESHI KUMON, Nikkei staff writersApril 2, 2021 00:41 JST | Taiwan
CopyCopied

TAIPEI/CAIRO -- The Taiwanese operator of the giant cargo ship that blocked traffic in the Suez Canal told Nikkei on Thursday that the company is not liable for any financial damages from the incident.

"Our company is not responsible in the least," said Eric Hsieh, president of Evergreen Marine. He pinned responsibility for compensation on the ship's Japanese owner, Shoei Kisen. Evergreen Marine chartered the vessel.

The nearly weeklong obstruction by the Ever Given containership, which ran aground in the key trade waterway March 23, caused damages that remain to be tabulated fully. Osama Rabie, the chairman of Egypt's Suez Canal Authority, told a local TV station on Wednesday that compensation north of $1 billion may be sought.

"The accident occurred during the transport, and during such circumstances the ship's owner contractually shoulders the responsibility," Hsieh said Thursday at a news briefing in Taipei. "Our company is only responsible for the cargo itself, and it is covered by the insurance company."

The Ever Given was finally freed on Monday, but the disruption caused a backup of roughly 370 vessels over seven days. International shipping likely will return to normal "between July and September," he said.

Regarding responsibility for compensation tied to losses, Shoei Kisen President Yukito Higaki last week said only that the company would comply with the law.

"There are many laws," including international and local ones, Higaki said.

The coronavirus pandemic swelled demand for personal computers and electronic components worldwide, and the Suez incident comes amid this cargo shipping boom.