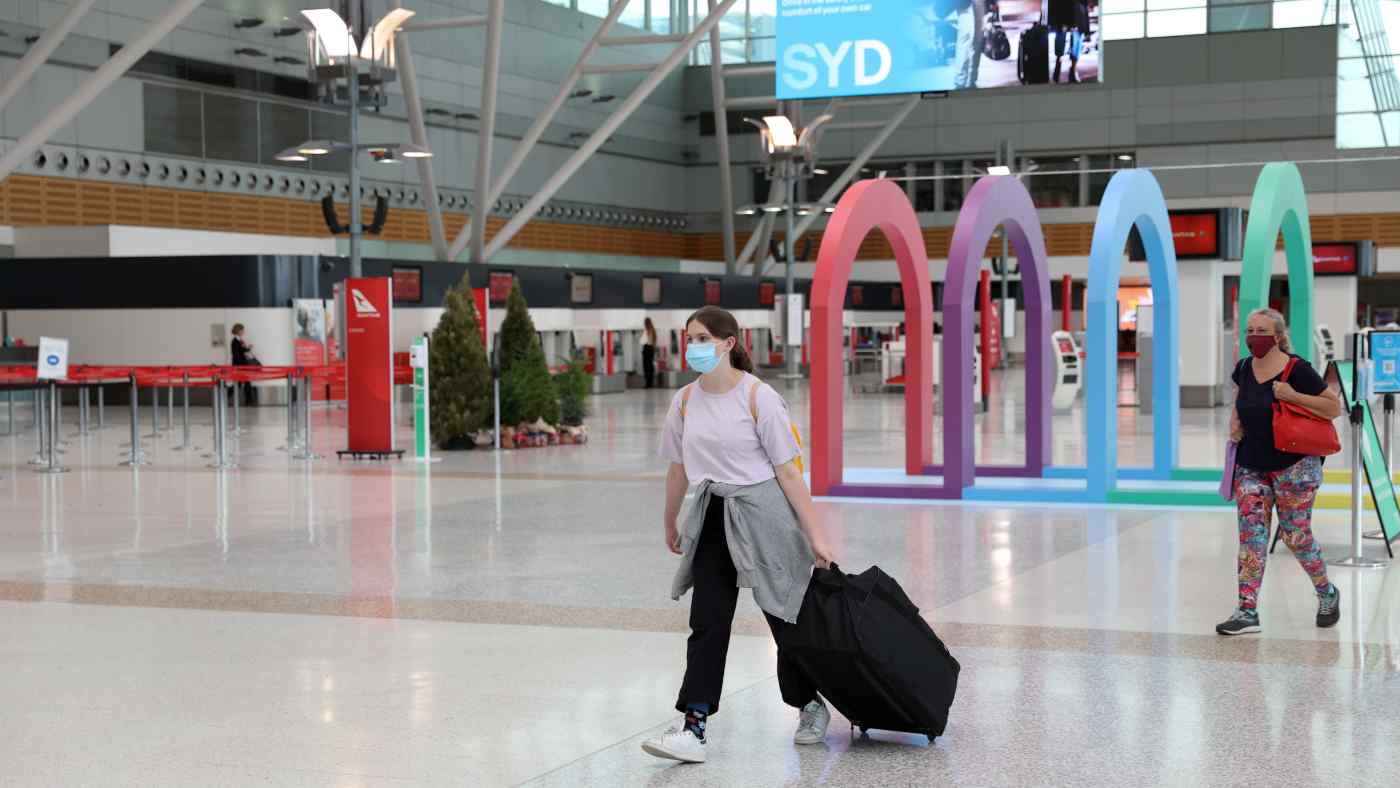 SYDNEY (Reuters) -- The Australian city of Sydney will allow the entry of fully vaccinated travellers from overseas from Nov. 1 without the need for quarantine, authorities said on Friday, although the easing of strict entry controls will initially benefit only citizens.

The decision comes as New South Wales state, of which Sydney is capital, is expected to reach an 80% first-vaccination dose rate on Saturday, well ahead of the rest of Australia, which will enable it to bring forward the entry of overseas arrivals by several weeks.

"We need to rejoin the world. We can't live here in a hermit kingdom. We've got to open up," New South Wales Premier Dominic Perrottet said.

Australia closed its borders in March 2020 in response to the coronavirus pandemic, allowing entry almost exclusively only to citizens and permanent residents, who have to spend two weeks in hotel quarantine at their expense.

As well as ditching plans for home quarantine, which had been expected to replace hotel stays, Perrottet said New South Wales would welcome all overseas arrivals.

But he was quickly overruled by Prime Minister Scott Morrison who said the government would stick with plans to first open the border to citizens and permanent residents.

"This is about Australian residents and citizens first," Morrison told reporters in Sydney.

"The (federal) government has made no decision to allow other visa holders ... to come into Australia under these arrangements," he said.

Unvaccinated travellers from overseas will also be allowed back into New South Wales, but only 210 each week and they will have to undergo hotel quarantine upon arrival.

Australians have been unable to travel internationally for more than 18 months without a government waiver, and thousands of citizens and permanent residents in other countries have been unable to return after Canberra imposed a strict cap on arrivals to slow the spread of COVID-19.

Many of these are now expected to return via Sydney, even though some COVID-19 free states in Australia have closed their borders to New South Wales.

Major airlines like Singapore Airlines, Emirates and United Airlines have continued to fly to Sydney throughout the pandemic but due to strict passenger caps, most of their revenue has been from cargo.

Singapore Airlines said it would open seats on all 17 of its weekly flights to Sydney for sales to eligible travellers. Previously, 10 of the flights had been cargo only.

New South Wales, meanwhile, reported 399 COVID-19 cases on Friday, well down from the state's pandemic high of 1,599 in early September.

Neighbouring Victoria state, where vaccination rates are lower, reported 2,179 new locally acquired cases, down from a record 2,297 a day earlier.

The capital Canberra on Friday exited a more than two-month lockdown, allowing cafes, pubs and gyms to reopen with strict social distancing rules.

Australia's overall coronavirus numbers are relatively low, with some 139,000 cases and 1,506 deaths.