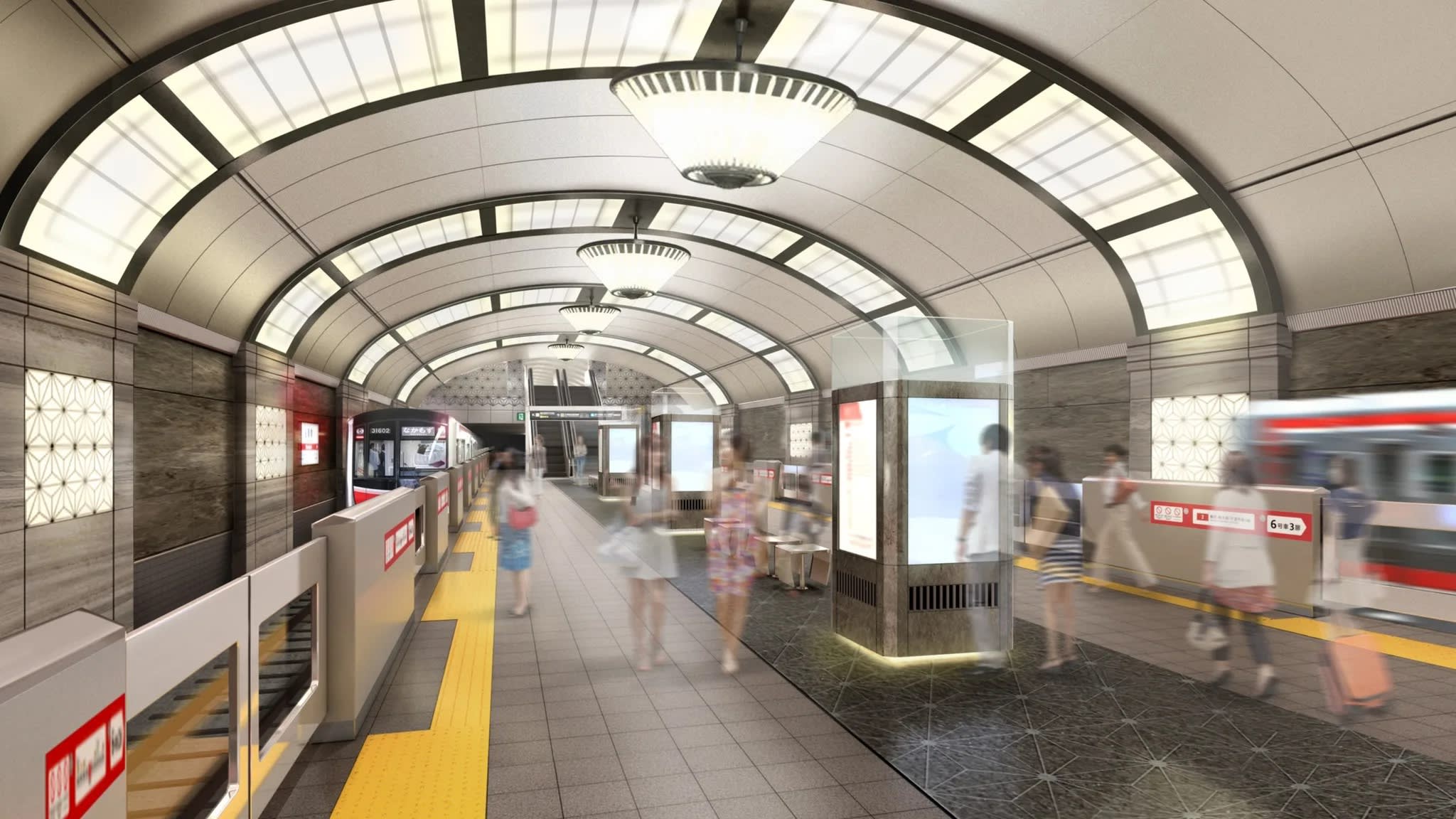 Osaka's Shinsaibashi Station will feature chandeliers once it is remodeled around 2024. (Photo courtesy of Osaka Metro)

OSAKA -- Even for the denizens of this commercial center known for their taste for bright colors and striking designs, subway station ceilings adorned with pastel patterns were too much.

After a public uproar over the original designs largely deemed tasteless, subway operator Osaka Metro has resubmitted more subdued plans for five stations due to be refurbished.

"The [new] designs are refined and will draw the support of many people," Osaka Metro President Hideaki Kawai said Thursday.

The rail operator first unveiled plans to remodel 15 stations by fiscal 2024 late last year. Each station would be remade with its own theme in time for the Osaka World Expo in 2025. This originally proposed redesign of Shinsaibashi Station was panned by locals. (Photo courtesy of Osaka Metro)

Critics instantly panned the new looks as "tacky," "bad taste," "eccentric," among other choice adjectives. Shinsaibashi Station drew some particularly harsh scorn for designs that would have its ceilings adorned with floral patterns in various shades of green.

Under the new design, Shinsaibashi's ceiling would have chandeliers and other stately motifs that recall the design of the station when it first opened in 1933. The scheme would fall in line with the area the station serves, which includes luxury brand shops.

Osaka Metro will publicize the new redesigns for the remaining 10 stations in sequence starting next year. "I was mindful of employing the culture and history of the surrounding area and expressing them to the maximum extent," said Kiyoyuki Okuyama, the company's chief design officer.