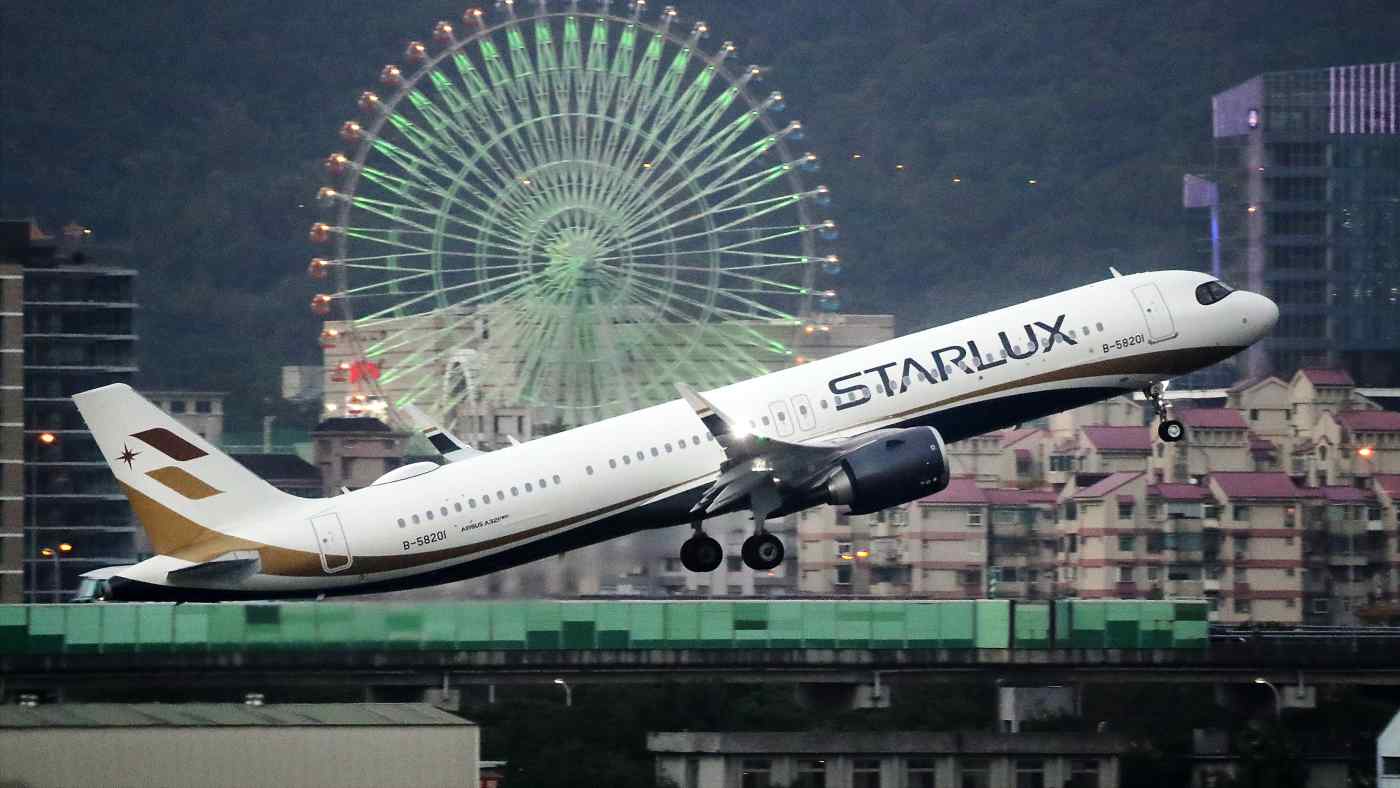 Starlux Airlines will add flights to the Philippine island of Cebu in April, with applications filed for service to the Japanese cities of Matsuyama and Kitakyushu starting as early as this summer. (Photo by Ken Kobayashi)
KENSAKU IHARA, Nikkei staff writerJanuary 24, 2020 02:47 JST | Taiwan
CopyCopied

Starlux chief Chang Kuo-wei, aka the "flying chairman," personally piloted one of the maiden flights to Macao. The airline plans to compete with rivals not as a budget carrier, but as a full-service operator.

Every seat comes with a monitor and Wi-Fi. Cabin crews don uniforms with space-age motifs.

Chang is the youngest son of Chang Yung-fa, the late billionaire founder of the Taipei-based conglomerate Evergreen Group. The younger Chang served as the chairman of Eva, the group's airline, when his father died in 2016.

Chang lost out to his oldest brother, Chang Kuo-hua, in the ensuing succession struggle to take over Evergreen, and was removed as Eva's chairman. The younger son went on to establish Starlux in 2018, an act characterized by the local media as a Shakespearean "revenge of the prince."

Besides Macao, Starlux serves Danang, Vietnam, and the Malaysian city of Penang. Flights to the Philippine island of Cebu will be added in April.

Applications have been filed for service to the Japanese cities of Matsuyama and Kitakyushu. Those flights could start as early as this summer.

Starlux will for now focus on short-distance routes mainly served by the narrow-body Airbus A321neo. The carrier will bring in wide-body A350 jets in 2021, with the fleet expanding to more than 20 planes in 2022. Starlux plans to eventually offer flights to North America as well.

Although demand for Asian air travel is growing, the market is saturated with carriers. In Taiwan, midtier player Far Eastern Air Transport abruptly suspended all flights in December due to a financial crunch.