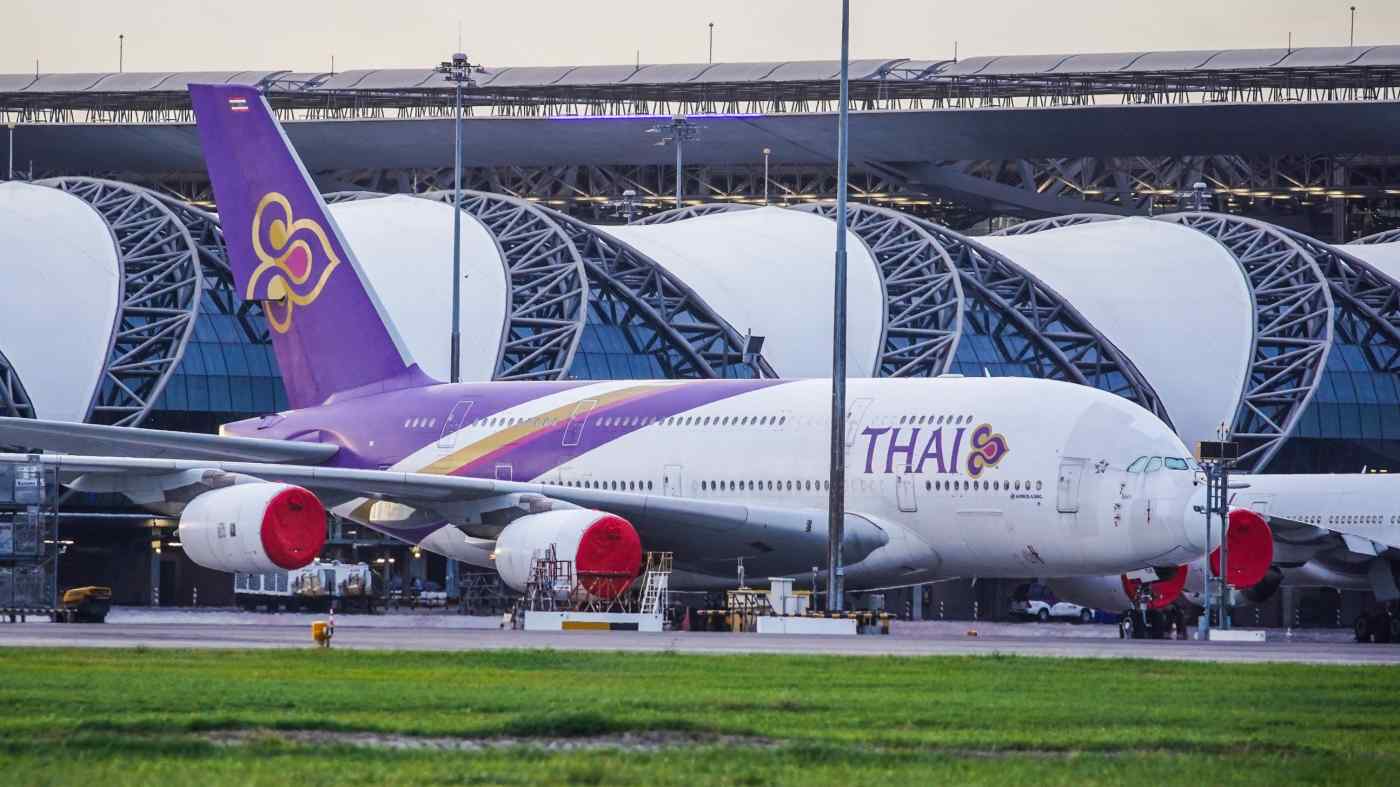 BANGKOK -- Thai Airways International has revealed the damage to its financial status inflicted by the coronavirus pandemic, which gave it a final push to give up the idea of self-resuscitation.

The cash-strapped national flag carrier's net loss for the first half of this year was 28 billion baht ($900 million), according to financial results released on Friday. The loss ballooned 4.4-fold compared to the same period the previous year, marking the largest retreat for the first half of a fiscal year since comparable data became available in 2007.