Thai Airways to be restructured under bankruptcy court 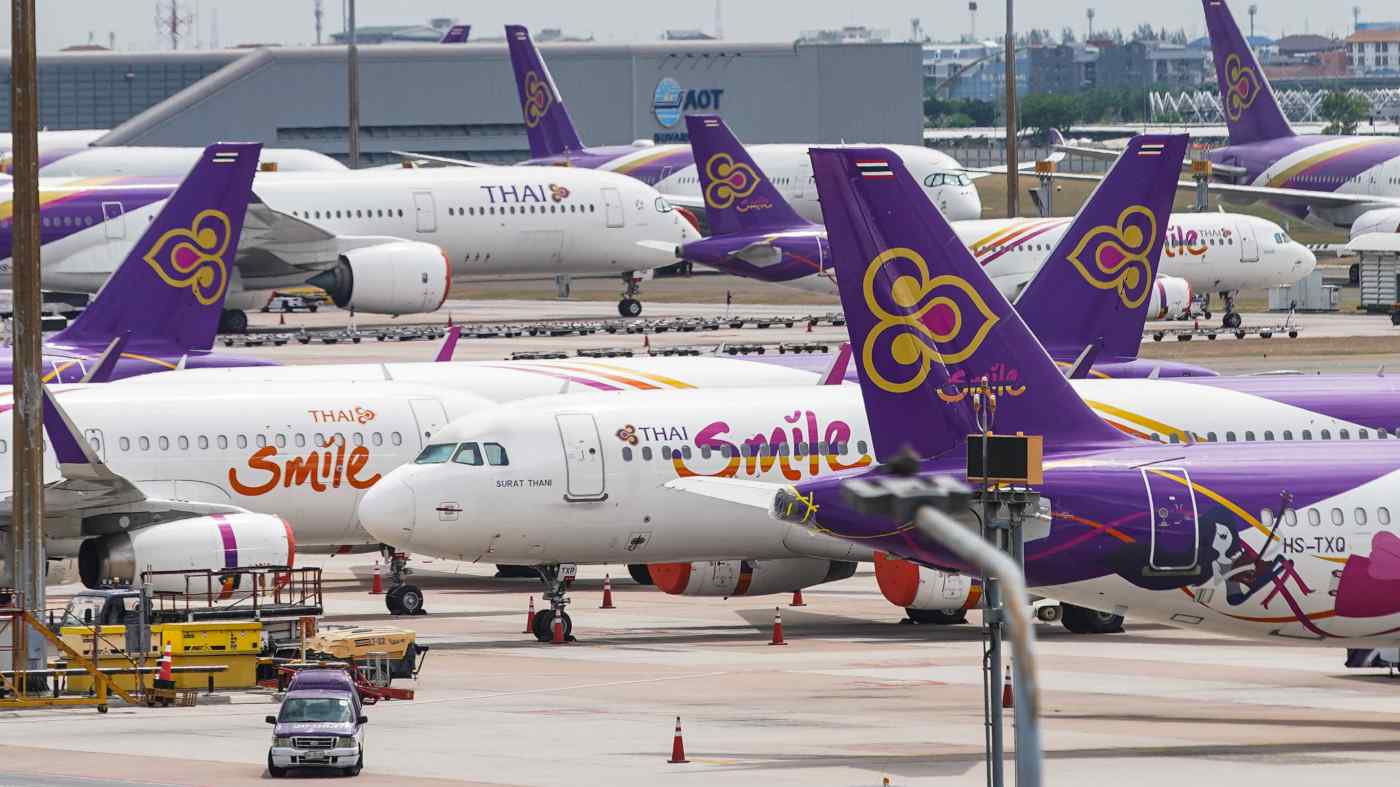 BANGKOK -- Thailand's government said on Tuesday that loss-making national flag carrier Thai Airways International will undergo a bankruptcy court-supervised restructuring, the latest sign of how the novel coronavirus pandemic has swept through the airline industry.

"Thai Airways will enter a rehabilitation process under the court," said Thailand's Prime Minister Prayuth Chan-ocha after a cabinet meeting on Tuesday. "This is my decision and the cabinet's."

The process to put the airline under the bankruptcy court's supervision was finalized on Monday by the State Enterprise Committee, which oversees policies for state-owned enterprises. Prayuth chaired the meeting. Thailand's Ministry of Finance owns 51% of the national flag carrier.

In the meeting, the committee retracted its earlier resolution to grant a short-term loan backed by the Finance Ministry.

"The prime minister has stressed the need to make the public understand that this is not about entering bankruptcy, but undergoing a process of rehabilitation," government spokesperson Narumon Pinyosinwat said on Monday. Thailand's bankruptcy law covers both bankruptcy and rehabilitation proceedings.

The national flag carrier acknowledged its fate under the Bankruptcy Act. "Thai Airways International is committed to doing everything possible to emerge from the crisis situation," said Chakkrit Parapuntakul, second vice chairman and acting president. "This is an important step for Thai Airways International to change in order to become a stronger and more sustainable entity." The pandemic was the final push for an airline long teetering on the edge of a financial cliff. As of Dec. 31, Thai Airways' total liabilities were at 244 billion baht ($7.6 billion), while its total assets were at 256 billion baht. Shareholder equity stood at 11 billion baht, only 4.6% of the company's total assets.

"Thai Airways will be under the protection of the court," Prayuth said. "[The court] will consider the appointment of professionals to manage the rehabilitation of Thai Airways."

Under Thailand's rehabilitation process, an official receiver will be appointed to supervise the process once the Bankruptcy Court accepts the decision. An automatic stay from debt collection will take effect that will restrict creditors from pursuing Thai Airways for amounts owed them.

The court will appoint an executor to draft a business rehabilitation plan. Thai Airways is expected to nominate a candidate, but creditors can object if they believe the person is not suitable.

"The rehabilitation process can potentially be protracted and acrimonious," said Joseph Tisuthiwongse, a partner at Bangkok-based law firm Chandler MHM. "The proceedings entail various steps under the supervision of the court and will involve input from many stakeholders whose respective interests may not necessarily be aligned."

"It is therefore unclear how Thai Airways will emerge from this process," he added.

Although Thai's predicament marks one of the first failures of a national flag carrier amid the pandemic, the aviation industry does have precedents. Japan Airlines filed for bankruptcy in 2010 and has since been rehabilitated with government assistance.

In the eight years through March 2017, Japan Airlines scrapped 65 routes, or 30% of its total, to improve its efficiency and profitability. Before COVID-19, the carrier had managed to significantly improve its earnings structure, and its operating profit margin had become solid.