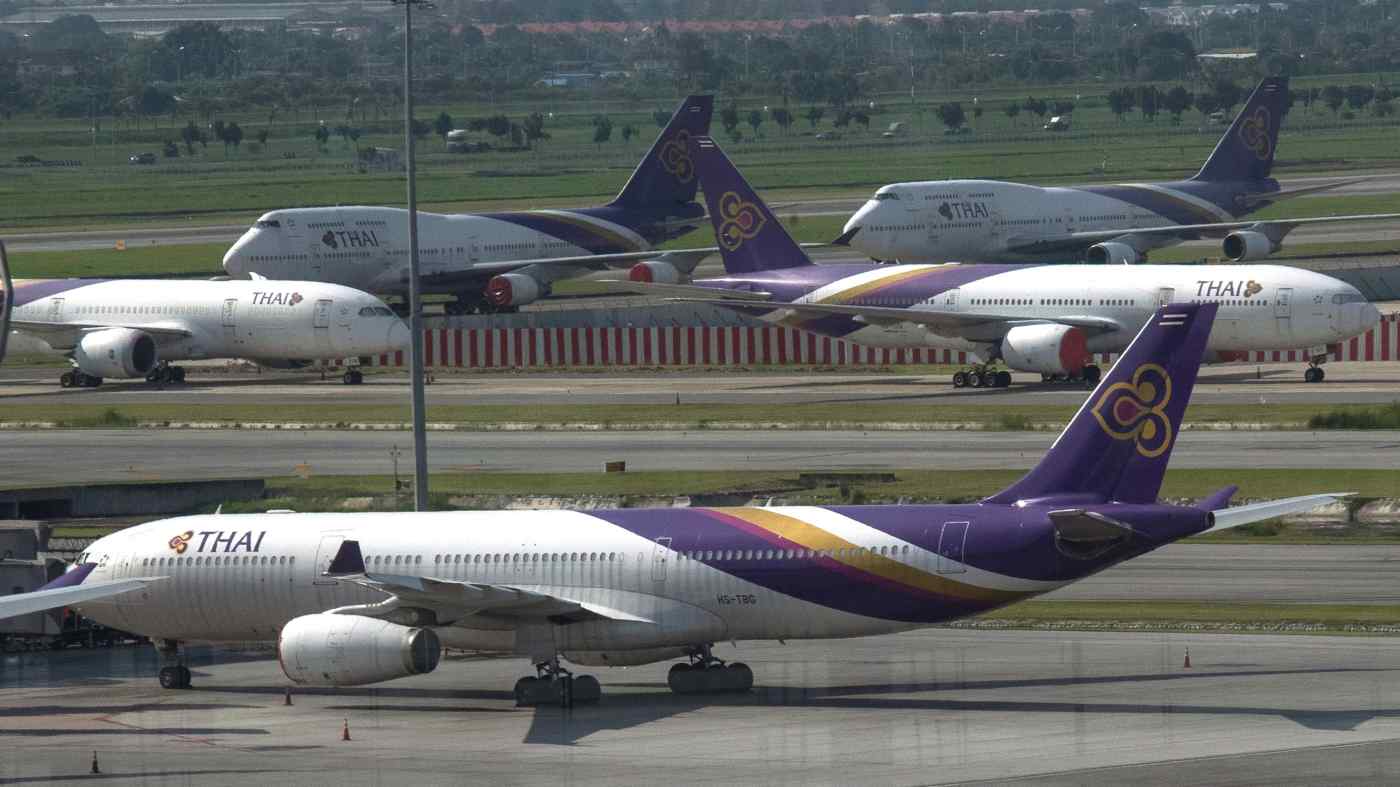 BANGKOK -- Thai Airways International is walking on the edge of financial solvency, as its third quarter results exposed cash reserves shrinking rapidly amid the spread of the coronavirus.

The national flag carrier of Thailand's net loss for the quarter ending September was at 21.5 billion baht ($709 million). The loss widened 4.6 times from 4.6 billion baht in the same period last year. In the nine months through September, it recorded a net loss of 49.5 billion baht.

"The COVID-19 pandemic continued to affect the world's aviation industry," said acting president Chansin Treenuchagron. "In the third quarter of 2020, there were slight signs of recovery from domestic travel. However, the figures presented a much lower number than normal levels."

Operating revenues decreased by 92% year-on-year to 3.7 billion baht in the period. Reducing operating expenses by 60% did not make up for the lower revenue. The ratio is an indicator of how financially stable the company may be in the long run. It also shows how much shareholders might receive if the company goes bust. Airline operators like Japan Airlines, AirAsia, and Garuda Indonesia saw their ratios fall rapidly in 2020, but Thai Airways was the worst among them in terms of financially positioning. That was after receiving short-term borrowing of 4 billion baht and 15.5 billion baht from financial institutions and related parties, respectively. Without the financing, the company could have fallen short of working capital.

The Central Bankruptcy Court accepted Thai Airways' request for rehabilitation in September. The court-supervised restructuring will positively affect the airline's creditworthiness, but it still has to fund its way through the rehabilitation.

Trading in shares of Thai Airways at the Stock Exchange of Thailand was suspended on Thursday as the airline's auditor Deloitte Touche Tohmatsu Jaiyos chose not to express a conclusion on the results due to uncertainty over Thai's ability to continue as a going concern. It marked the second quarter in a row the auditor made such a decision.

Thai Airways is making continuous efforts to raise cash. Adding to earlier measures including introducing an early retirement scheme and franchising its popular deep-fried dough sold at the airline's food outlets, it put 34 passenger aircraft from its fleet up for sale. In an effort to generate extra revenue, cash-strapped Thai Airways in September opened a pop-up airplane-themed restaurant at its headquarters with onboard meals prepared by the carrier's chefs.   © Reuters

On Wednesday, Thai Airways launched a Facebook page offering unused in-flight service items from its inventory for sale. A set of 720 plastic glasses for cold beverages are priced at 390 baht. Another set of 144 plastic cups for coffee and tea are priced at 1,990 baht.

The carrier intends to operate a so-called fly-to-nowhere service on Nov. 30. Passengers will fly over 99 sacred Buddhist sites for 5,999 baht per person in economy class, and 9,999 baht for premium class. Such flights have been a popular financial bridging measure for carriers in Australia and Japan. Singapore Airlines also introduced the idea but and soon scrapped it over carbon footprint concerns.