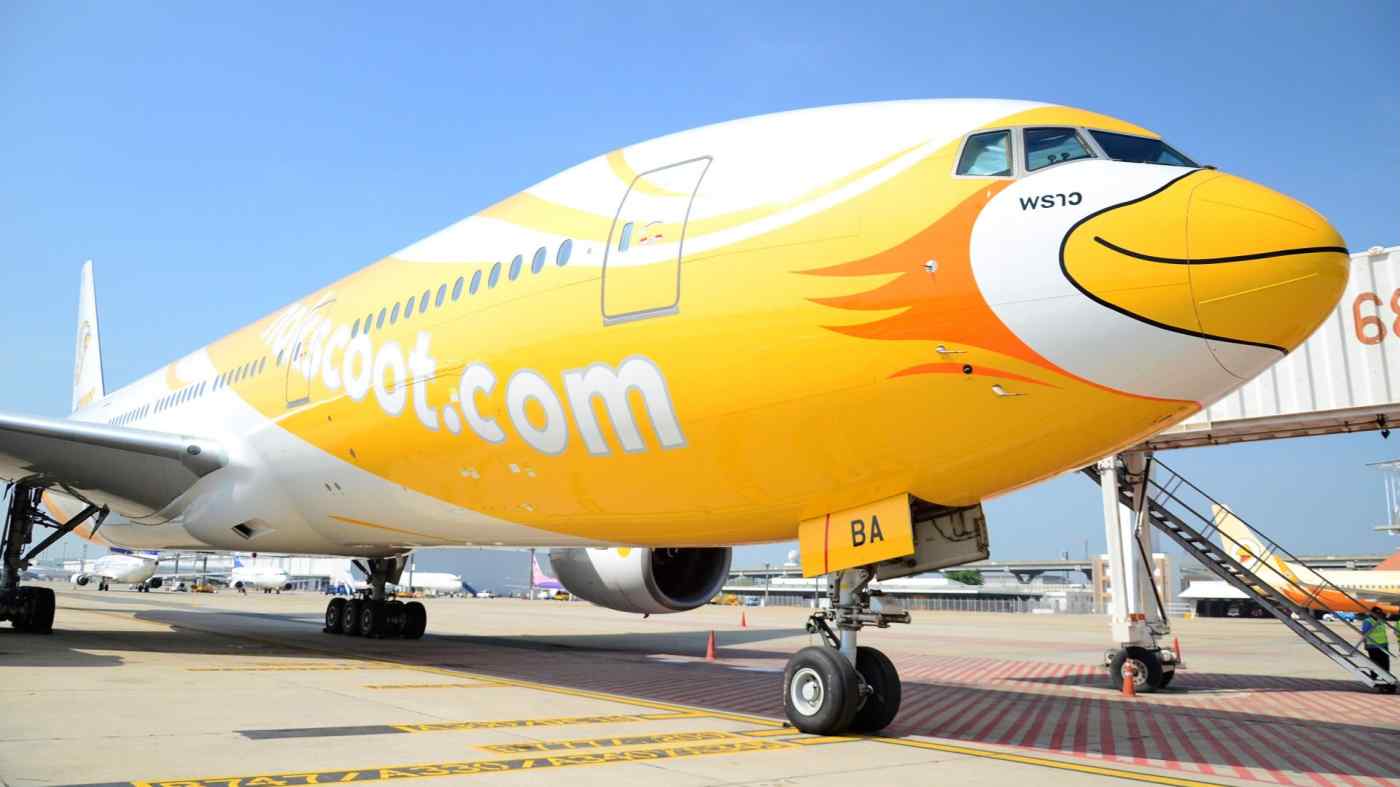 BANGKOK -- Low-cost international carrier NokScoot has become the second Thai airline to fall victim to the coronavirus pandemic after the company's board of directors voted for its liquidation Friday.

The Bangkok-based carrier's shareholders will deliberate the liquidation proposal at a general meeting to be held on July 14, according to Nok Airlines, the Thai majority owner of NokScoot.

The coronavirus pandemic forced NokScoot to ground its fleet. The Civil Aviation Authority of Thailand has imposed a landing ban for all international flights except for ones repatriating overseas Thais since early April, dealing a blow to tourism.

The joint venture had been unable to log a full-year profit, according to Scoot Tigerair of Singapore, which established NokScoot with Nok in 2014. "Much of this was contributed by the difficulties in growing the network and the intense competitive environment," Scoot said. "Unprecedented challenges arising from the COVID-19 pandemic have further exacerbated the situation."

The joint venture is 49.65% owned by Nok Airline's subsidiary Nok Mangkang, with Scoot holding the remaining 49%. Scoot offered to sell its stake in NokScoot to Nok Airlines for a nominal sum of 1 baht ($0.03). The offer was not taken, as the two sides no longer saw NokScoot's path to recovery and sustainable growth.

NokScoot has laid off 425 employees to date.

Nok Airlines said it does not expect the liquidation to affect its normal operations.

Meanwhile, Scoot's parent company, Singapore Airlines, said the liquidation will result in a one-off charge of 123.6 million Singapore dollars ($88.8 million) for the quarter ending June. The charge represents a SG$106.9 million impairment on seven Boeing 777-200 aircraft which had been leased to NokScoot, and provisions by Scoot of SG$16.7 million to cover its share of liquidation and related costs.

The coronavirus pandemic gave cash-strapped Thai Airways International a final push off the cliff in May. The national flag carrier has filed a petition for rehabilitation under the Bankruptcy Court's supervision. The process is ongoing.

Tough operating environment is expected to continue. On June 12, the International Air Transport Association predicted that the global airline industry will record a net loss of $84 billion in 2020, 3.2 times larger than during the 2008-2009 global financial crisis. It expects a consecutive net loss of $16 billion in 2021.