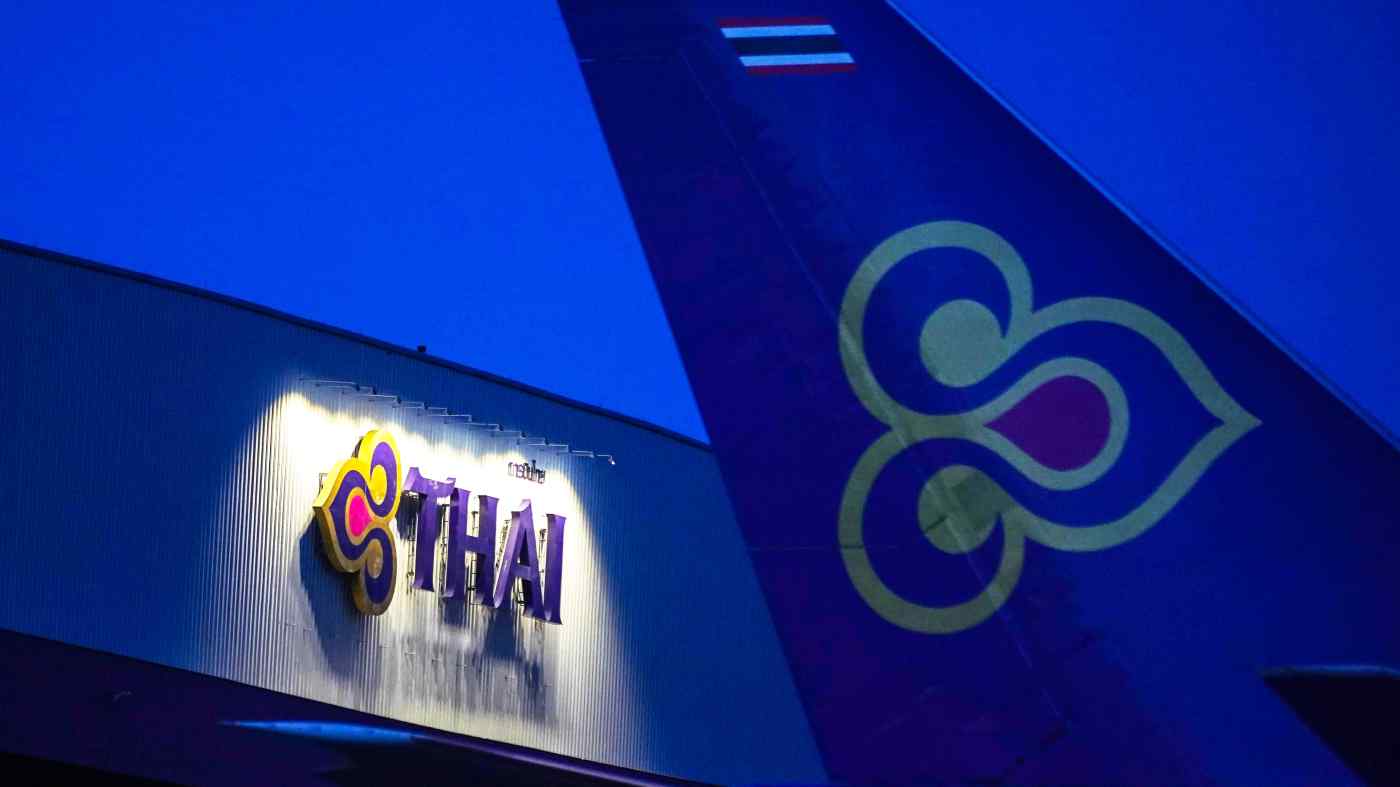 Thai Airways remains in serious financial difficulty as its rehabilitation plan does not address it will clear the massive debt that landed it in trouble in the first place. (Photo by Akira Kodaka)
MASAYUKI YUDA, Nikkei staff writerMay 19, 2021 20:47 JST | Thailand
CopyCopied

BANGKOK -- Creditors of cash-strapped Thai Airways International on Wednesday voted to approve a rehabilitation plan that allows the national flag carrier to begin an obstacle-packed rehabilitation process which could last up to seven years.

To get the green light, the plan needed a nod from creditors who together hold over 50% of the company's debt. Of 38 creditors, 28 voted for the plan. This meant that approving creditors, in fact, held 91.56% of Thai Airways' total debt.

"Thai Airways International will continue to update on the progress of [its] business reorganization accordingly," the company said in a statement. "[The airline] would like to thank all creditors for the acceptance of and the confidence they have shown in [the] rehabilitation plan," it added.

The vote was put on hold on the first day of the creditors' meeting convened a week ago, as over a dozen of them requested amendments to the airline's proposed rehab plan. The plan was approved along with several amendments requested by Thai Airways and some creditors. The airline did not disclose the amendments made.

The plan originally lacked details on how the airline would clear its red ink-marred balance sheet -- one of the biggest challenges it faces.

According to local reports, the amendments included allowing creditors to convert debt to equity after the seventh year of rehabilitation and to seek financial support from the government to gain creditors' confidence in the plan. Based on those reports, the airline's balance sheet issues were not fully addressed.

Creditors were reluctant to grant large write-offs as part of the rehabilitation process due to past mismanagement.

"The rehabilitation could never be accomplished with favoritism and the lack of good governance and sincerity in management," wrote Pirapan Salirathavibhaga, an independent director and one of the rehabilitation planners. Pirapan posted that comment on May 5 on Facebook.

The airline carried 76% fewer passengers and 72% less cargo by volume in 2020 compared with the previous year, resulting in a 74% plummet in its total operating revenue to 48.6 billion baht ($1.56 billion). With an impairment loss of 82.7 billion baht on its aircraft and parts, it reported its largest-ever net loss of 141 billion baht.

The fourth consecutive annual loss wiped out Thai Airways' shareholder equity, which sunk to minus 128.6 billion baht from 11.7 billion baht.

The approved rehabilitation plan, designed by the company's board members and an outside consultancy firm, focuses on improving profitability. It includes an organizational restructure, such as halving the size of the airline's pre-COVID workforce and cutting executive positions by 30%.

The company is reviewing its asset portfolio as well. On April 27, Thai Airways announced the sale of a training facility and the land under it for 1.81 billion baht. The airline has been selling off jetliners and stockholdings to improve efficiency and raise working capital.

But its long-standing financial problems remain as it has merely requested a six-year extension on debenture redemptions. Banks, which have not been asked to take any write-offs, instead will be requested to give three-year repayment concessions.

"If we insist on debt relief, the plan would not pass," an executive said in March when asked why the airline did not ask for write-offs.

Even if these come to fruition, Thai Airways said shareholder equity would not rise above zero until 2030.

The Ministry of Finance sold down its stake in Thai Airways to below 50% in May last year, in part to facilitate restructuring, which would have been difficult to undertake if the company remained a state enterprise, given that it would have been under a greater legal obligation to protect workers' rights.

It also became difficult for the government to justify strong financial assistance to the company now that it was no longer a state enterprise. Some analysts said that if the government was required to provide more financial support, it might consider buying back the stake it sold down in the airline.

Clearing financial bottlenecks is necessary for a rehabilitating company, given that it might need to swiftly finance new investments that promise to improve efficiency. When regional peer Japan Airlines went through rehabilitation after a bankruptcy filing in 2010, commercial banks were asked to write off 87.5% of their Japan Airlines receivables.

According to Thai Airways, the court will hold a hearing on May 28 to formally greenlight the plan.

The national flag carrier will have at least five years to implement it. Under the rules, the execution can be extended for a year no more than twice, meaning the process could last seven years at worst.