Thailand and Japan cautious on EU travel despite priority status 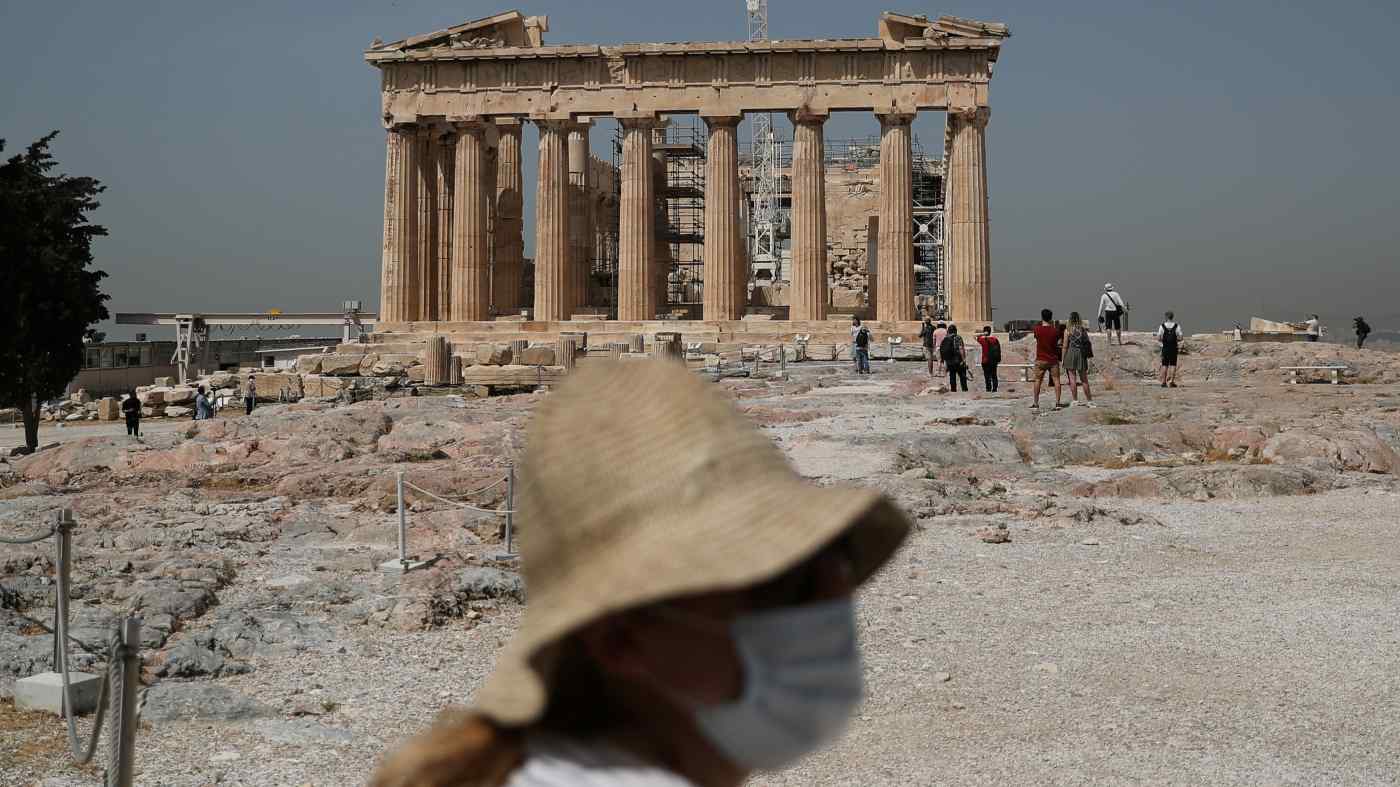 Greece is one of the EU countries opening its border to travelers from Japan, Thailand and South Korea.   © Reuters
ERI SUGIURA and APORNRATH PHOONPHONGPHIPHAT, Nikkei staff writersJuly 2, 2020 13:34 JST | Japan
CopyCopied

TOKYO/BANGKOK -- Travelers from Japan, South Korea and Thailand are now welcome in the European Union. But business groups and travel industry figures from the three countries do not expect a rush, citing remaining obstacles and a lingering fear of a coronavirus second wave.

The EU took the first step towards restoring global ties interrupted by the coronavirus pandemic on July 1, saying visitors from 15 countries, including the three from Asia, would now be allowed entry. The group is united in achieving low infection rates, according to the EU.

But the most powerful business lobby in Japan said it expected only limited impact from the EU's move. "Japanese business travelers still need to undergo testing and a 14-day quarantine when they return to Japan," said one executive from the Japan Business Federation, or Keidanren. "As for European nationals living in Japan, they can't even come back to Japan."

In Thailand there was also caution. "I think business travelers would be the first group to go abroad when the EU opens up. But, I don't think Thais would like to travel abroad at this moment as they are not confident about hygiene standards out there," said Kritapas Patamanate, managing director of AOM Travel, a tour operator in Thailand.

The EU's list of nations from which entry will be allowed also covers Australia and New Zealand. Chinese travelers will also be allowed, but only if China announces that it will also accept European visitors.

The list will be reviewed every two weeks, looking at the latest infection situations and containment measures.

Even after the EU's step toward opening, confusion persists. It is up to EU member states and associated countries in the "Schengen" passport-free area to decide to lift travel restrictions, making it unclear whether travelers will be allowed to enter the region. Any requirement for quarantine or testing also depends on each country.

As a result countries are putting in place a patchwork of measures. For example, Greece -- which relies on an influx of visitors for its tourism-heavy economy -- and the Netherlands have said they grant access to travelers arriving from countries on the EU list. France now also welcomes visitors from the enlisted countries but it is unclear whether a quarantine period and other measures will be required.

Meanwhile Italy -- which had also been pressing for opening -- said it would keep "a prudent line" and would maintain 14-day quarantine restrictions for arrivals from countries on the EU "green list."

"We must prevent the sacrifices the Italian people have made in recent months from being wasted," Health Minister Roberto Speranza said.

Nor can citizens of those countries granted access easily travel to the EU in the near future, since international travel links are still limited.

Korea Air Lines said that it may take some time to restart flights to Europe as it needs to consult with the transportation ministry. As of July 1, it operates flights from Incheon to Paris, London, Amsterdam, Frankfurt and Vienna, but stopped flights to Zurich, Budapest and eight other cities.

"We cannot make decisions by ourselves," said a spokesperson for KAL. "We also need time to set up schedules. We should discuss this with the Ministry of Land, Infrastructure and Transport."

While Japan Airlines has increased the number of international flights connecting Japan and Europe, links are still far from normal. In July only 21% of scheduled flights to the continent will take place, compared with 6% in June.

While it only had a flight connecting Haneda and London in June, it will also resume Haneda-Paris, Narita-Frankfurt and Haneda-Helsinki this month.

"While the infection is still increasing globally, we will provide flights as public transport to those who need them," said a spokesperson for the Japanese carrier.

Japan's largest travel agency JTB has canceled all of its package tours to Europe until Aug. 31 and a spokesperson said lifting of the EU travel ban "would not impact our decision."

As for Thailand, the Civil Aviation Authority of Thailand has not yet allowed any normal commercial flights, making it hard for Thai travelers to go abroad.

The lack of reciprocity with Europe is another big challenge as well, since it means that while entry into the EU might be easier, certain restrictions still exist for anyone who does travel from Asia and wants to return.

Japan's Ministry of Health, Labor and Welfare told the Nikkei Asian Review that a business fast-track with Europe is "under consideration," but so far Japan is only allowing Japanese nationals to enter, even barring foreigners with permanent residency.

Acting on a request from the Japanese government, the Keidanren has asked member companies to consider offering PCR testing to employees going on business trips abroad to "facilitate the restart of the Japanese economy through the recovery of global traffic."

The Japanese government is in talks with Vietnam, Thailand, Australia and New Zealand over resuming business travel -- but still only aims to allow a daily maximum of 250 business travelers from these countries.

Thailand allows entry for Thais and foreigners but insists all who enter the country must be quarantined. "Those who want to enter Thailand need to comply with our [state of emergency] law, which stipulates visitors to be quarantined for 14 days," said Dr. Taweesin Visanuyothin, spokesman of the Center for the COVID-19 Situation Administration.

Kritapas from AOM Travel said: "I don't think people would like to travel abroad if they have to be quarantined for up to 14 days when they get back home."