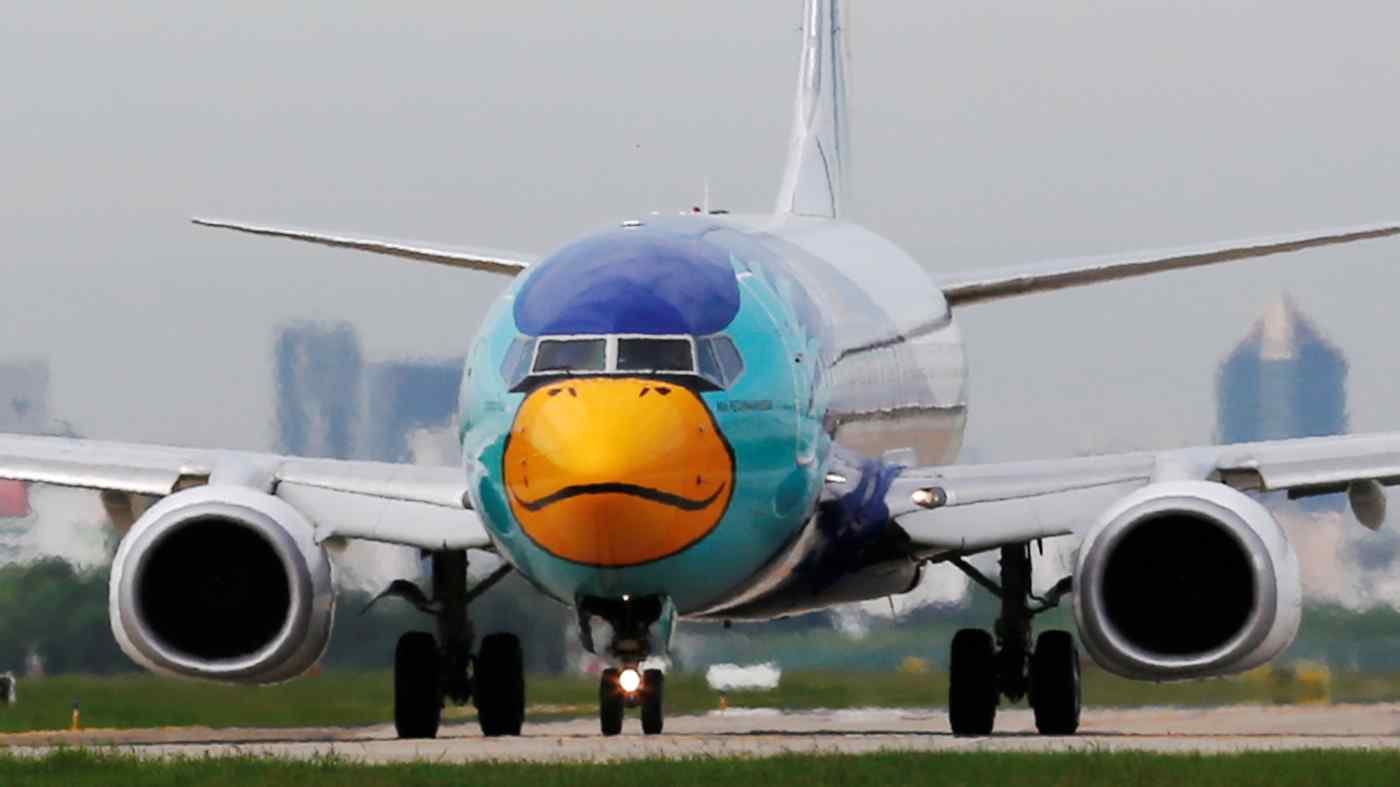 The Central Bankruptcy Court has issued an order to accept the petition for consideration, according to a Nok Air statement filed at the SET on Friday. The carrier's board of directors decided to lodge the application at a meeting held on Thursday; it was submitted the same day.

"It must be noted that the ongoing situation of COVID-19 pandemic and adverse operating environment has been the key drivers leading to the decision to undergo restructuring to enable the company to be a viable entity in the long run," Nok Air CEO Wutthiphum Jurangkool said in a company statement, insisting the filing is "not a result of mismanagement."

Thai Airways, meanwhile, on Friday, following its annual shareholders meeting, announced that about 70% to 80% of the state-owned company's creditors came out in favor of its rehabilitation plan.

The company's acting president, Chansin Treenuchagron, did not disclose details of the plan but said the endorsement by a majority of creditors made him confident that he can revive the cash-strapped airline within three to five years. The long troubled company sought rehabilitation in May.

As of December 2019, Nok Air's total liabilities were at 18.6 billion baht ($600 million), while it held assets worth 15.1 billion baht. Its total shareholder equity was a negative 3.4 billion baht.

The company has not reported its results for the quarter ended in March, but a local newspaper reported that Nok's debts had ballooned to 26.8 billion baht as of March 31.

The pandemic forced the airline to cut back flights. Its domestic routes cover 23 provinces, but flights have been at 30% of their pre-pandemic level according to the CEO. Nok Air's 18 international routes have not resumed. NokScoot, a low-cost international carrier jointly operated with Scoot Tigerair of Singapore, was liquidated earlier in July.

The company's refund policy became a burden, the CEO insisted. Early on, the coronavirus outbreak led to passenger refunds of around 100 million baht per month. 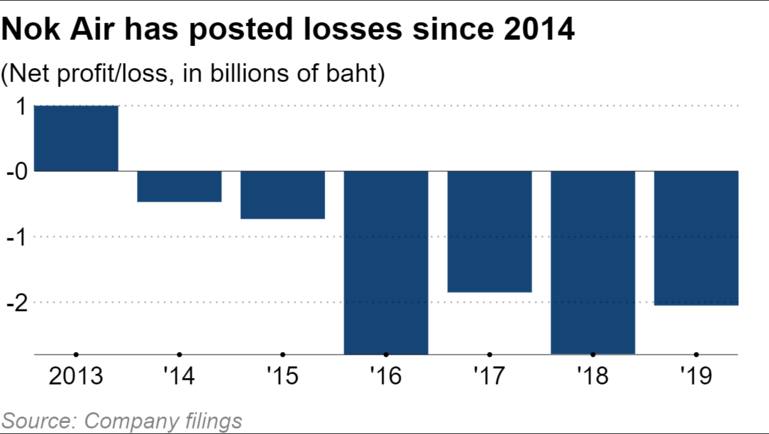 However, the budget carrier cannot blame the pandemic for its six consecutive years of losses. In 2019, Nok Air reported a net loss of 2.05 billion baht. It last reported a net profit in 2013.

"The company has no intention to terminate or liquidate its business but resolves to continue its business and return to profitability," Wutthiphum wrote in the statement. Nok Air intends to restructure its debt through the rehabilitation process while adjusting its fleet, routes and commercial strategies. It also intends to find ways for its workers to be more productive.

The CEO told local media that the budget carrier currently has no intention of downsizing its workforce or operations. But these are up to the court and designated rehabilitation planners to decide.

The pandemic in May gave cash-strapped Thai Airways a final push. The national flag carrier has filed a petition for rehabilitation under the Bankruptcy Court's supervision. The process is ongoing.