Vietjet and UPS start joint cargo service between Asia and US 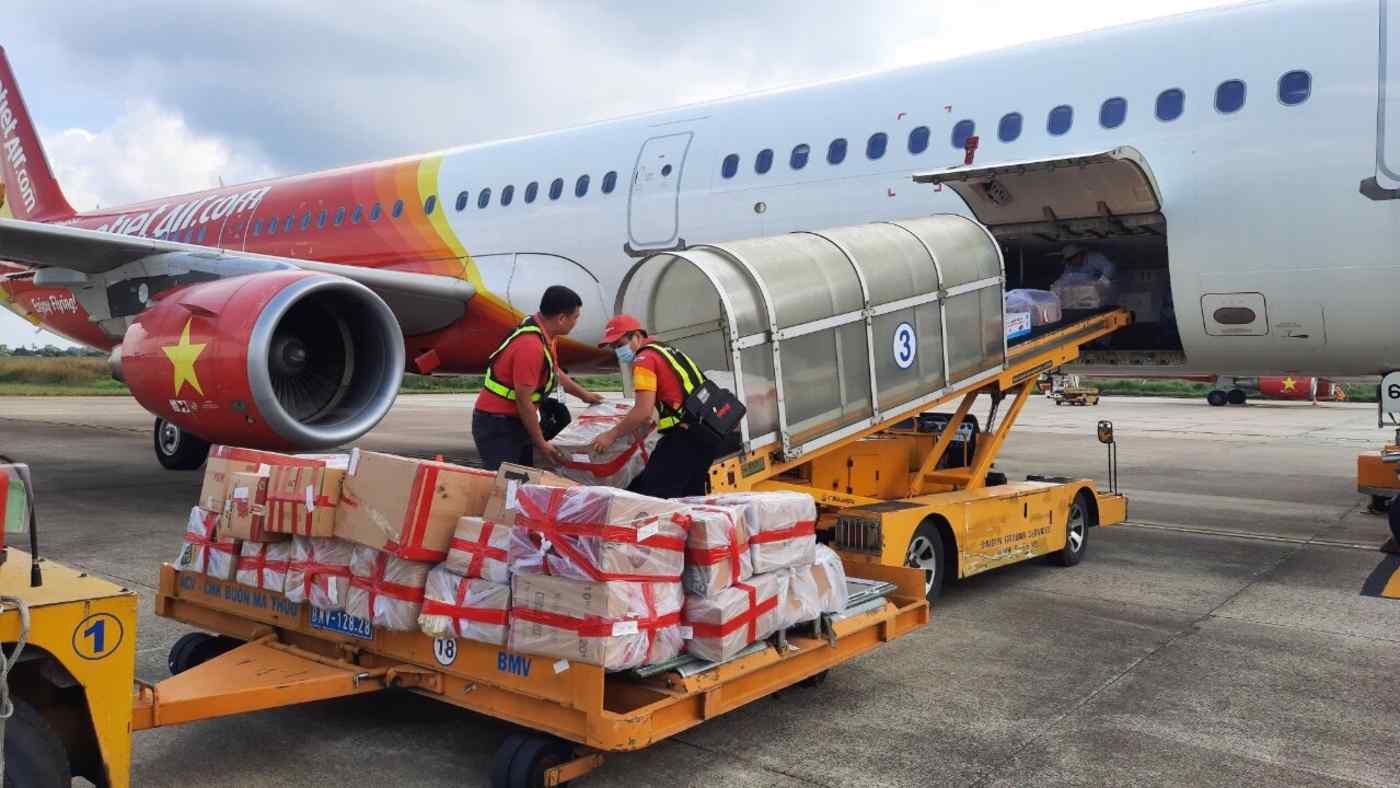 HO CHI MINH CITY -- Vietnam's Vietjet and UPS, the world's biggest package delivery company, announced on Friday the start of joint operations to fly cargo between Asia and the U.S.

The budget airline and U.S.-based UPS in September began pooling garments, seafood, medical goods and other products from Vietnam, Thailand and neighboring countries, shipping them from Hanoi to the U.S. on weekly flights via Incheon, South Korea.

Like other airlines during the pandemic, Vietjet has suffered from low demand. Vietnam welcomed 3.8 million travelers in the first nine months of 2020, down 70.6% from the same period last year, according to the state General Statistics Office.

But the company's fortunes are looking up. "Vietjet has been one of the first airlines in Asia to navigate toward air cargo as part of a new business strategy unfolding in response to the pandemic," said Do Xuan Quang, CEO of the company's cargo operations, in a statement.

The airline was among the first to use excess space in passenger cabins to carry cargo for flights between Vietnam and Japan, South Korea, China, Hong Kong, Thailand, Malaysia and Indonesia. The recent tie-up with UPS will likely see it expand its cargo business.

Over the past decade, Vietnam has had one of the world's highest growth rates in exports, especially as technology supply chains have started shifting away from China.

Before this year, China's rising costs and its ongoing trade war with the U.S. were gradually forcing companies into Vietnam and other nearby countries. But Vietnam has an edge, thanks to a long coastline along shipping lanes, the predictability of a one-party state, and a track record of more successful trade deals than its Southeast Asian peers.

The pandemic has further helped the nation along, as disrupted supply chains nudge businesses to diversify beyond China.

Vietnam feared the coronavirus would shatter the global trade that underpins its economy. Instead, it wound up enjoying an export windfall as countries in the West bought work-from-home products and Asian rivals locked down their economies.

The pandemic posed an early threat to international cargo after airlines slashed passenger flights, which exporters also relied upon to carry goods. At the same time, a surge in marine cargo demand triggered a shortage of containers, with exporters like Hai Nam, one of Vietnam's biggest seafood exporters, saying they could not secure containers. The partnership with UPS and Vietjet marks an attempt for the logistics industry to recalibrate amid the pandemic.

Vietnam targeted gross domestic product to grow 2.0%-2.5% in 2020, which could be the year's highest for a large economy. As exports surge, VinaCapital -- the largest investment manager in Vietnam -- estimates the country's trade surplus could hit a record 9% of GDP in the year through October, matching the surplus seen in China at its peak.