Vietjet doubles Japan routes with flights to Nagoya and other hubs 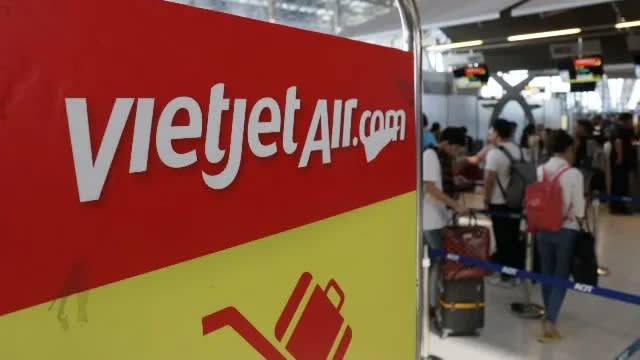 A Vietjet check-in counter at Suvarnabhumi Airport in Bangkok: The Vietnamese budget airline is expanding its Asian network. (Photo by Shinya Sawai)

Service to Chubu Centrair International Airport, near the central Japanese city of Nagoya, from Hanoi, Ho Chi Minh City and Danang begin as early as summer, the carrier said Monday.

These flights will link to the heart of Japan's auto industry, a region home to Toyota Motor and major automotive suppliers such as Denso.

Fukuoka Airport and Kagoshima Airport, both on the southern island of Kyushu, will have flights to Hanoi. Kagoshima was chosen as a new destination because Japan's second-southernmost prefecture is home to a sizable community of Vietnamese workers and students, the carrier said.

Vietjet also bets on demand among Vietnam-bound Japanese tourists for nonstop flights from a local airport rather than having to catch connecting flights at bigger hubs.

Vietjet already operates five Japanese routes, all serving the Tokyo-area airports of Narita and Haneda or Kansai International, near Osaka.

Founded in 2007, Vietjet is expanding its Asian network, operating roughly 130 routes in and outside of Vietnam.