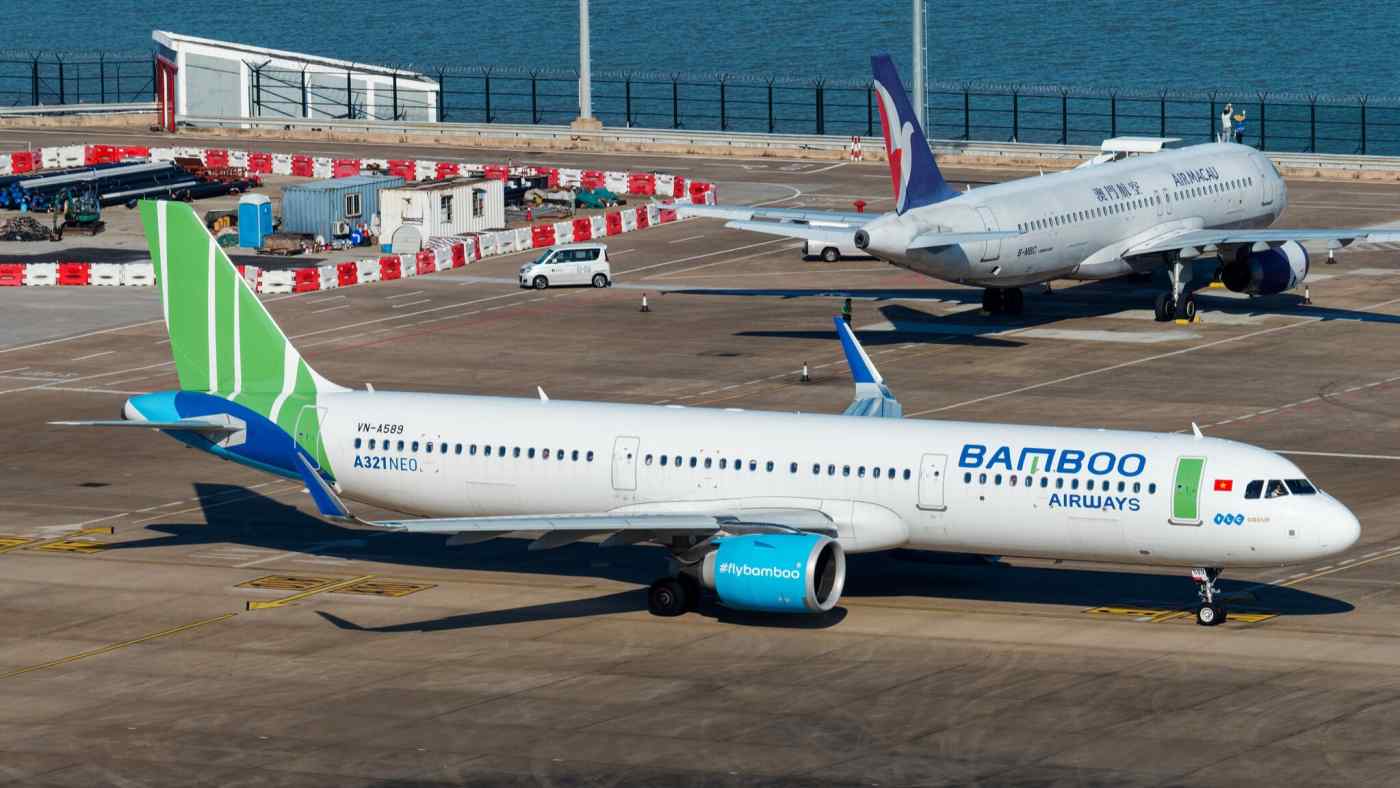 HANOI -- Vietjet, Vietnam's largest low-cost airline, and rival Bamboo Airways have asked the government for financial assistance as they grapple with the impact of the coronavirus pandemic.

Vietjet Vice President Ho Ngoc Yen Phuong asked for 4 trillion dong ($172 million) in low-interest loans, saying that carriers in Thailand and China have already received state aid, according to local media. The airline has already slashed employee pay by 50%, among other cost cuts.

The request calls on Hanoi to provide the same support to private-sector airlines that it has offered to state-run Vietnam Airlines.

Bamboo, which launched in January 2019, is also seeking low-interest financing, as well as the continuation of breaks on takeoff and landing fees and fuel costs.

The Transport Ministry has begun considering options to help the country's private-sector airlines.

Vietnam has fared better than many other Asian nations during the coronavirus pandemic. Domestic flights largely returned to normal by the end of May, but airlines still face a tough environment.

Passenger volume has remained far below last year's levels, and no time frame has been given for the resumption of international flights, which were halted in March.

Vietnam's National Assembly in November approved a 12 trillion dong rescue package for Vietnam Airlines, including low-interest loans and the issuance of new stock to existing shareholders.

Talks with other stakeholders on the proposal are now underway. The carrier is expected to book a net loss of around 15 trillion dong for 2020.