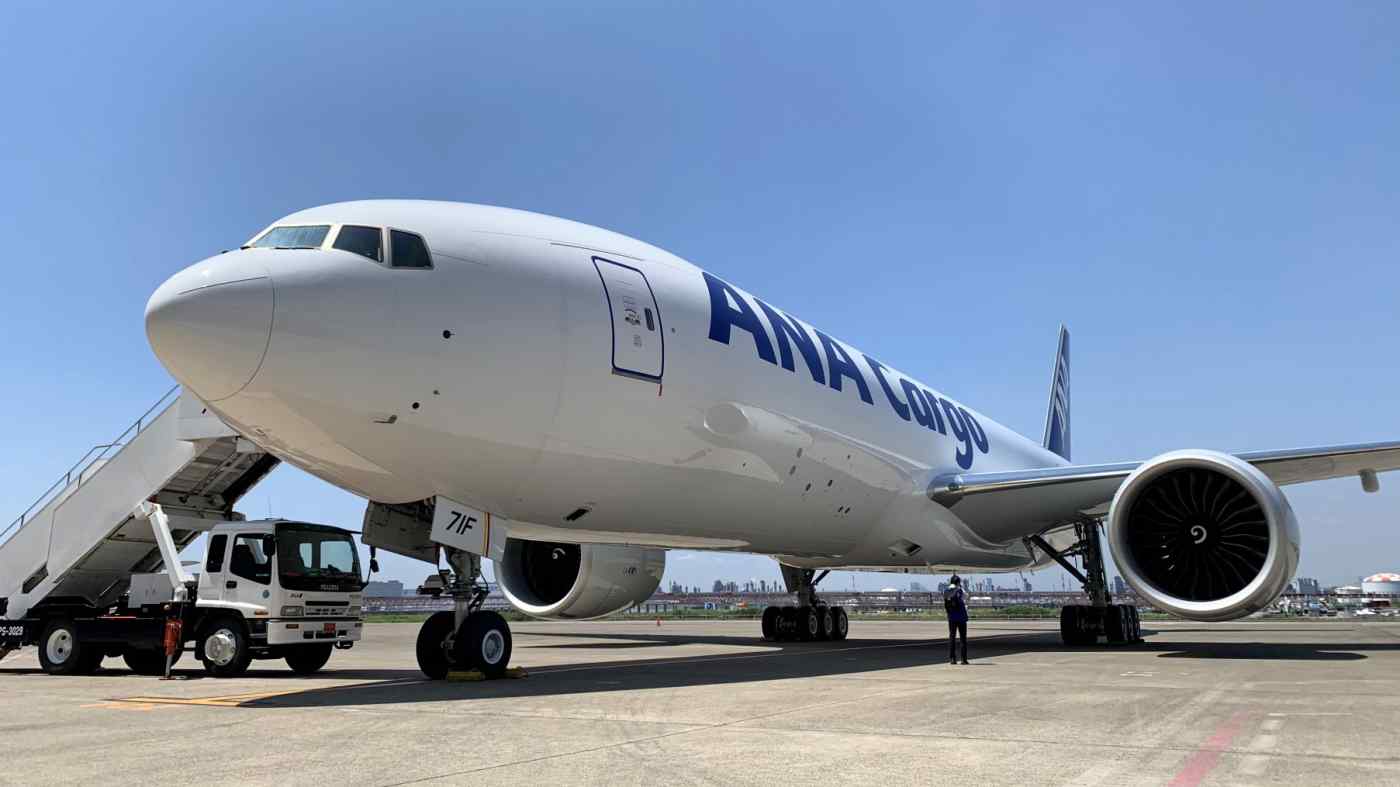 TOKYO -- Japanese air carriers ANA Holdings and Japan Airlines have pivoted heavily to international freight transport in an attempt to offset the crippling loss of passenger traffic caused by the coronavirus pandemic.

Japan's two largest airlines are in the throes of major slides, with the companies logging a combined $1.9 billion net loss for the April-June quarter as the pandemic keeps borders closed and travelers wary of enclosed spaces. Last month, Nikkei reported that ANA in talks for $4.6 billion in loans from the Development Bank of Japan as well as private financial institutions.

The shift to freight has been a silver lining to the dark economic clouds -- and has been a fairly easy transition. Even during normal times, passenger aircraft typically carry freight in cargo holds, along with luggage. But because of the sharp drop-off in air travel this year, operators have opted to hire charter flights to transport goods.

Throughout all of last year, ANA had operated only about 10 chartered flights. Now the number has jumped to 400 scheduled for September alone.

Subsidiary ANA Cargo stepped up chartered freight transport in February. The number of chartered cargo flights per month has hovered around 400 since spring. Eleven aircraft in its fleet are in full operation.

Because of the loss of passenger flights and their cargo space, shipping rates have jumped. Freight rates for routes connecting to Shanghai and North America are now about $4.80 per kilogram, according to TAC Index, or nearly 50% higher than a year earlier.

Seeing a chance for potential revenue, ANA will put additional freight-dedicated aircraft into service in place of idled passenger planes.

Although the segment results have yet to offset the red, ANA is focusing on pouring resources into the sole bright spot in their operations.

JAL does not have dedicated freight planes, but the carrier started devoting empty passenger planes to cargo transport for the first time this year. Flights have numbered over 6,000 between March and August.

Sales from the mail and freight business in the April-June period has grown 17% to 26.5 billion yen, thanks in part to higher shipping fees. The revenue outperforms the 2.7 billion yen generated by international flights during the quarter, and the 18.9 billion yen earned by domestic flights.

This month, JAL has roughly 1,100 freight flights on schedule.

The company is also transporting cargo from Narita International Airport near Tokyo to Brisbane, Australia -- a route not available to passengers. It is used mainly to fly fresh fish such as tuna, the company says, and plans a dozen round-trip flights in all between August and November.

ZipAir Tokyo, JAL's budget unit, took a plunge in the freight business due to the lack of demand from passengers. This June, the company launched cargo flights between Narita and Bangkok at a rate of four flights a week.

The operation was meant to be a last-ditch plan. But demand was higher than anticipated, and ZipAir ended up adding two more flights a week for the July-September quarter.

Nippon Cargo Airlines, owned by Nippon Yusen, turned a huge profit in the April-June quarter amid a shortage of shipping space.

But the rise in freight rates is only expected to be a temporary trend caused by the coronavirus. The rates are expected to go back down once passenger flights start picking up again.

Airfreight was a crowded field before the pandemic. Only about 50% or less of available capacity was in use throughout 2019, according to the International Air Transport Association.

While freight planes are a revenue source for airlines right now, they could easily end up a burden in the future. The industry as a whole will likely be forced to streamline its work force and equipment in the long term.