1,700-room hotel to open at Haneda Airport in time for Olympics 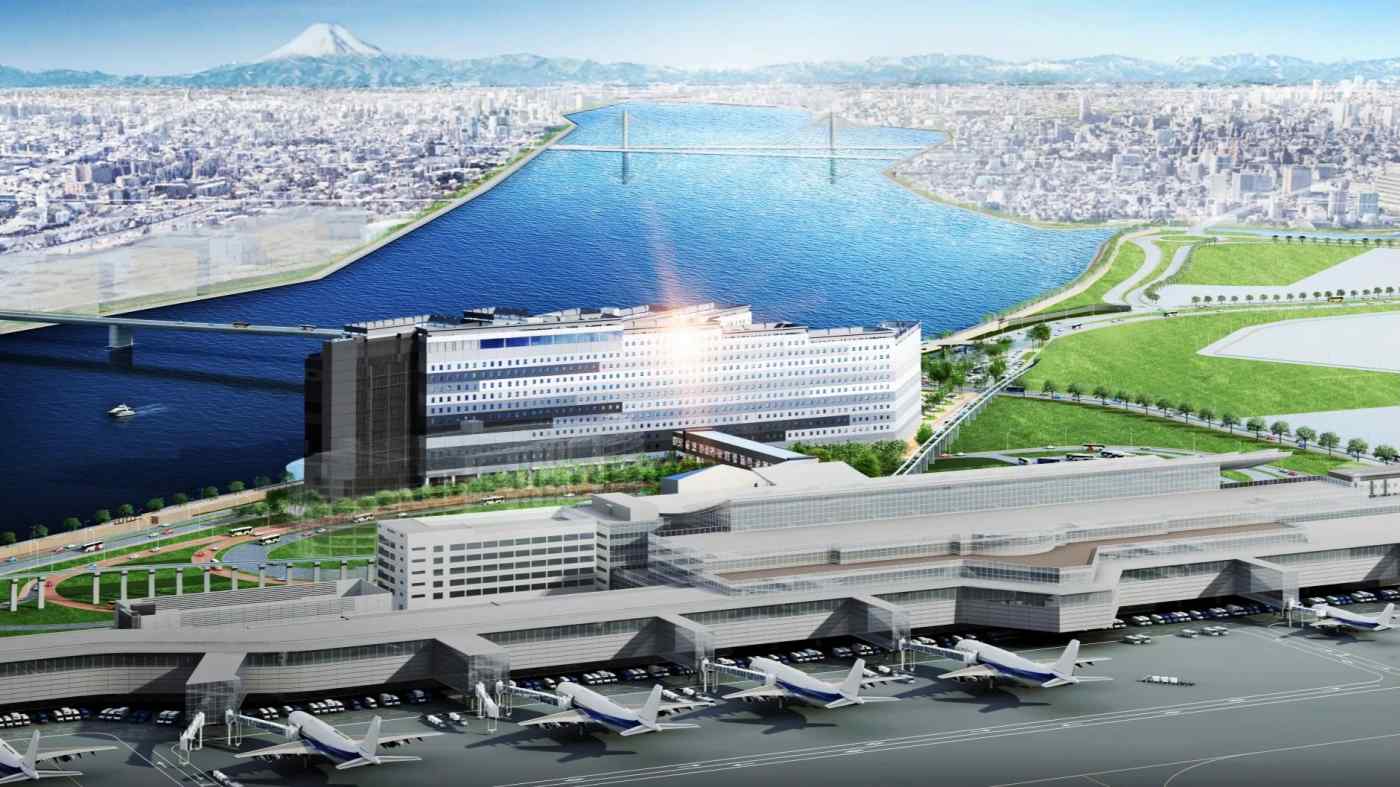 TOKYO -- Sumitomo Realty & Development plans to build a 1,717-room hotel and commercial complex connected to Tokyo's Haneda Airport to accommodate an anticipated influx of visitors from the airport's expansion of flight slots next March, the company said Tuesday.

Haneda Airport Garden, slated to open in the spring, will also feature an event space as well as a bus terminal with 900 departures per day to such destinations as downtown Tokyo, Osaka and the northern prefecture of Aomori.

The project is expected to cost roughly 40 billion yen ($368 million), and Sumitomo Realty will pay 2.7 billion yen per year to lease 43,000 sq. meters of land on airport property from the government for 50 years.

The company cited an "enormous shortage" of hotel capacity at Haneda, estimating potential demand at 10,000 rooms. The airport ranks as the world's fifth-largest by passenger volume, serving 87 million people per year, yet has only 2,100 hotel rooms within a 5-km radius.

The shortfall will be exacerbated in the summer when the capital hosts the Summer Olympics. The new flight routes, announced in August, will accommodate 7 million additional travelers a year in anticipation of the Summer Games and the country's growing tourism sector. An artist's rendition of a luxury hotel room at the planned Haneda Airport Garden.