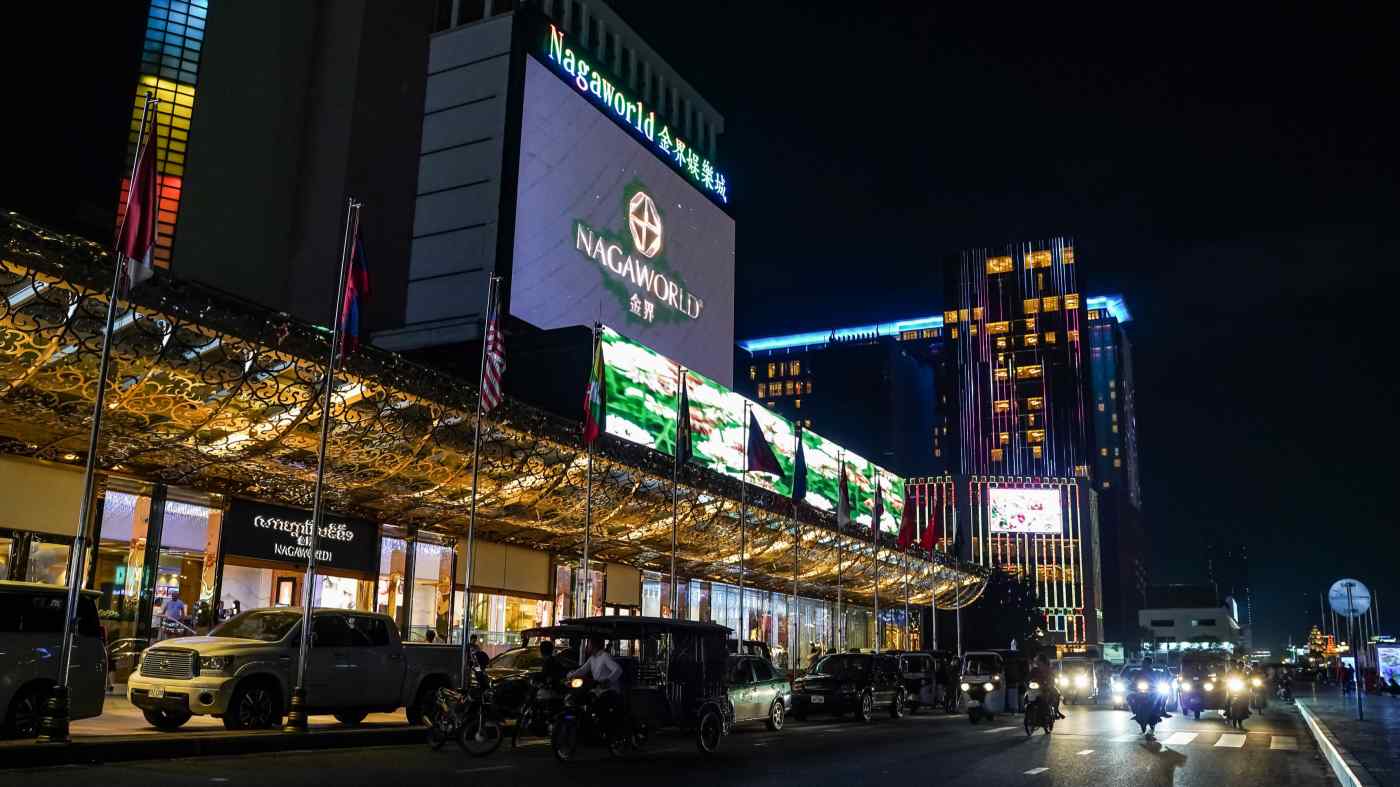 PHNOM PENH -- Casino operator NagaCorp this week revealed plans for a nongambling resort near Cambodia's famous Angkorian temples on 75 hectares of land leased from the government at a bargain rate.

The Hong Kong-listed company runs the country's largest casino complex, NagaWorld, in Phnom Penh, where it has a monopoly license.

In an announcement to shareholders, Naga said the proposed development in Siem Reap Province, provisionally called "Angkor Lake of Wonder," would cost $350 million and see its first phase completed by 2025.

The "world class" integrated resort -- the first by Naga that will not include gambling facilities -- would capture a large slice of the millions of tourists that normally visit the UNESCO World Heritage site annually, the company said.

Like tourism attractions around the world, the Angkor Archaeological Park has seen a sharp drop in visitors amid the COVID-19 pandemic. Tourism in Siem Reap, however, was sagging even before the outbreak of the coronavirus in China almost a year ago, and experts question the viability of Naga's proposed project.

The company said it will work with Chinese travel agents to draw mainland tourists to the Siem Reap site and funnel visitors to its existing NagaWorld complex in Phnom Penh by air, road and river.

The complex's first phase is to include a water park, two 500-room, five-star hotels, a canal system, a "Chinatown" and an indoor "high-tech" theme park.

A Chinese state owned enterprise, not named in the announcement, has expressed a desire to "finance, build and complete" the project, Naga said.

In the company's favor are the terms of the government's 50-year lease on the land, located just 500 meters from the outer ring of a 400-sq.-kilometer protected zone surrounding the ancient temples.

Naga will receive a rent-free period of seven years, which can be extended for an additional three years. After that, Naga will pay rent of 60 cents per square meter every year, with an increase of 5% every five years.

A property consultant with knowledge of the Siem Reap market said the deal looked "highly favorable," as the market rental price of such land was 10 times higher, at 50 cents per square meter, per month.

Naga has long enjoyed favorable deals with Cambodia's government, which have helped make the Phnom Penh property one of the world's most profitable casinos, according to a 2018 analysis by Gambling Compliance.

The company, which is majority-owned by Malaysian billionaire CEO Chen Lip Keong, paid $30.3 million in tax on $551 million in profit last year, an effective rate of 5.5%. New casino tax rates, however, are expected to be introduced soon, when a new law regulating the sector is adopted.

Buoyed by years of record earnings, Naga is also expanding its NagaWorld complex to the tune of $3.5 billion. Construction on the massive expansion, named Naga 3, is slated to begin soon.

It has not been entirely smooth sailing for Naga, which did not respond to Nikkei Asia's request for comment. The company's hot streak cooled when the Cambodian government in April ordered casinos shut for three months as a precaution amid the pandemic.

Still, it managed to turn a profit of $20 million for the first half of 2020, according to its interim report, on gross gambling revenue of $372 million.

In its recent announcement, Naga, which is also developing a casino in the Russian city of Vladivostok, said it "wanted to be perceived" as a company that can deliver both gambling and nongambling properties.

Chhay Sivlin, president of the Cambodia Association of Travel Agents, welcomed the project, saying it could help boost the length of visitor stays in the country.

"Although it is known that Siem Reap is indeed a place for cultural and heritage sites, Siem Reap has been in need of more activities beside the temples for tourists," Sivlin said.

But not all are convinced. Ben Lee, head of Macau-based consultancy IGamiX and a former chief marketing officer at Naga, said he doubted the Siem Reap proposal would materialize.

"That would be an interesting challenge for Naga, as they don't have a history of being involved in pure nongaming developments," Lee said. "The revenue split in their existing business is overwhelmingly gaming."

Lee said the land is a valuable asset and could potentially be sold in the future. He added that plans to funnel visitors from Siem Reap to Naga's property in the capital were unlikely to work.

"The tourists that go to Siem Reap are there for the historical relics; they're there to enjoy the laid-back environment. They're very unlikely to go to Siem Reap for a holiday and then to Phnom Penh to gamble," he said.

"Chinese gamblers do not like diversions and distractions. ... The two profiles just don't mix at all."

Shaun McCamley, a managing partner at Euro Pacific Asia Consulting, also questioned the logic of the project. "They have the funds, so no problem there, [but] is it a good idea? I don't think so without any gaming activity," McCamley said. "I don't see where the upside is. Low-end travelers would appear to be the target market, all on backpacker budgets. ... I can't see where the dollar return to shareholders will be coming from."