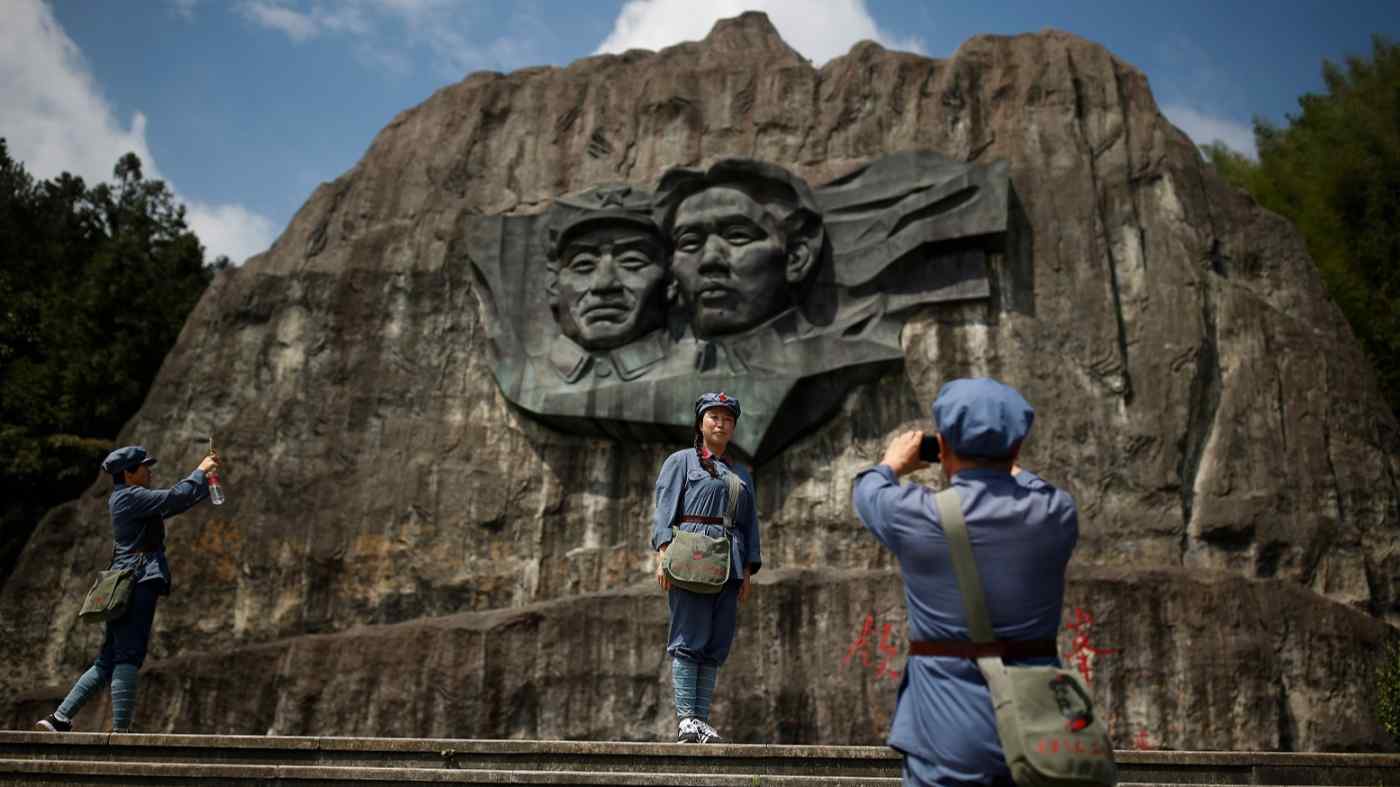 BEIJING -- The coronavirus pandemic has dealt a heavy blow to tourist spots in China, much like in every other country. But one travel option has proven resilient: "red tourism" to sites historically significant for the Communist Party.

Earlier this month, this correspondent visited the city of Jinggangshan in Jiangxi Province, a major "revolutionary holy site" located two and a half hours by air from Beijing. It was there that Mao Zedong, the father of modern China, organized peasants and established the first stronghold for armed struggle at the end of the 1920s.

The plane was filled to nearly 80% capacity, and the carrier no longer required empty social distancing seats between passengers. China has more or less contained the coronavirus outbreak since July, so there are virtually no restrictions to domestic travel.

The crew served a normal in-flight meal, with the flight to Jinggangshan no different from those before the pandemic.

Jinggangshan is roughly another hour from the airport by automobile, an area surrounded by mountains jutting 1,000 to 2,000 meters into the sky. This correspondent checked into a hotel a short distance from the business district. All lodging closer downtown was booked.

"Rooms have recently been filled to 70% to 80%," a front-desk employee said in a jovial conversation. "It has mostly been research groups. It's unusual to get a lone guest." 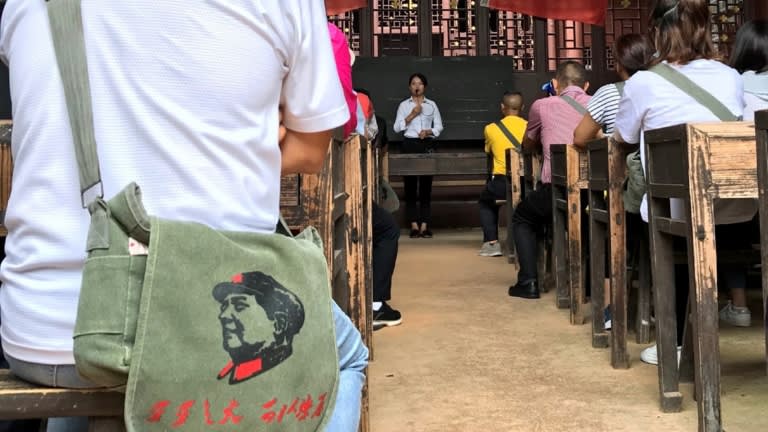 The first stop was the Jinggangshan Revolution Museum, a structure that projects splendor and magnificence. A fleet of large tour buses parked near the museum, letting out groups filled with dozens of people.

The tourists sported the uniforms of the Red Army, the military wing of the early Chinese Communists and the precursor to the People's Liberation Army. Draped across their bodies were shoulder bags printed with Mao's likeness or slogans such as "Serve the People."

Groups belonging to companies and organizations lined up in their uniforms to take commemorative photos.

Entrances were divided into one for groups and another for regular visitors. While a long, serpentine line formed at the group entrance, no one waited at the entry for individuals.

The attendant at the door looked surprised when this correspondent presented his passport.

"You're the first foreigner who came here since the novel coronavirus epidemic started," the doorkeeper said.

Mao's former residence in Jinggangshan was also a major draw. The tight, darkened quarters served as his bedroom and study. Mao always worked late into the evening, according to an explainer. It is said that this is the spot where Mao formulated his famed strategy of using the countryside to encircle and capture major cities. Because of the epidemic, visitor counts this year were down sharply until around May. But tourism has staged a dramatic recovery. What was once a poor mountain village has transformed into a prosperous travel destination thanks to the Communist Party's official endorsement as a red tourism spot.

The central government began encouraging tourism of revolutionary holy sites around 2004. Over 300 destinations have been designated, including Jinggangshan, the fellow Jiangxi Province city of Ruijin and Shaanxi Province's metropolis of Yan'an. A total of 660 million people visited those sites in 2018.

Initially, the aim of the program was to revive the rural economy. The tone shifted toward patriotic instruction once President Xi Jinping came to power.

Xi touched on red tourism during a 2016 speech marking the 95th anniversary of the founding of the Communist Party of China. He urged listeners not to lose sight of the "true color" contained in the phrase.

"One cannot embrace true education without understanding the hardships suffered by the revolutionary generation," Xi said. Officials took the hint that Xi was not pleased with how red tourism had become centered on entertainment and leisure that prioritized profits. Later on, the pure sightseeing aspects of the revolutionary sites were reportedly downplayed in favor of more time devoted toward instruction.

China's Communist Party celebrates its centennial in July 2021. Just when the party was about to renew efforts to encourage red tourism, the pandemic struck with full force, cutting off travel from overseas. The domestic tourism industry now relies heavily on public-sector demand stemming from trips organized by enterprises and groups tied to the Communist Party.

Amid frictions with the U.S., China's leadership has taken to trumpeting the struggles of Communist forefathers, in an apparent bid to shore up its unifying authority.

Red tourism aims to kill two birds with one stone, by elevating party loyalty and reviving tourism. From what was seen on this trip, the strategy appears to be working.

At the Revolution Museum, young people clad in Red Army uniforms stood in front of an exhibit airing their admiration.

"Those times were truly hard," one onlooker said.