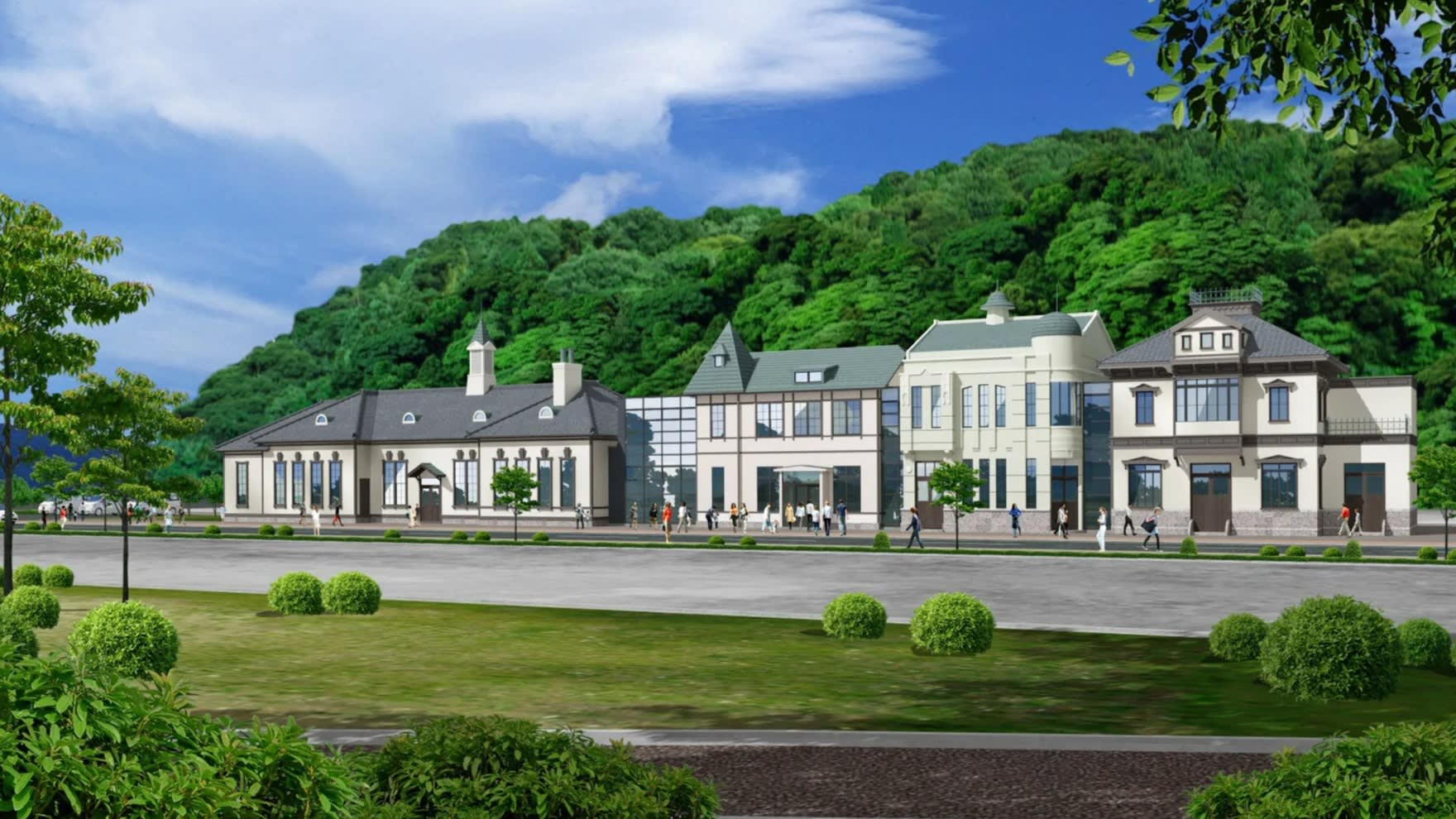 The Port of Humanity Tsuruga Museum, depicted in this computer-generated image, is expected to increase visitor numbers in the city.

FUKUI, Japan -- Once a thriving international port, the Kanegasaki district of Tsuruga, a Japanese city in Fukui Prefecture on the Japan Sea coast, is being revitalized by the city government in a bid to increase visitor numbers.

The plan is to boost tourism by not only taking advantage of resources including historic port and railway sites, but also promoting the area as a "humanitarian port" by showcasing its past role as a haven taking in Polish orphans and Jewish refugees.

The municipal government is positioning the port as the mainstay for its tourism promotion project ahead of the opening of the Hokuriku shinkansen bullet train line in spring 2023.

Tsuruga formerly prospered as a departure point for Japanese traveling on the Trans-Siberian Railway from Vladivostok, Russia to Europe. Work is underway to restore four structures, including the former customs and Tsuruga Port Station buildings, in their original locations.

The buildings, to be completed by the end of this year on a budget of about 1.2 billion yen ($11 million), will house the Port of Humanity Tsuruga Museum. The facility will feature exhibits highlighting historic facts, such as Tsuruga's role as a landing point for Polish orphans left in Siberia and many Jewish refugees rescued by Chiune Sugihara, a Japanese diplomat who helped Jews escape Nazi persecution. Chiune Sugihara is often called the "Japanese Schindler" as he saved many Jewish refugees by issuing visas while serving as consul in Kaunas, Lithuania during World War II.   © Kyodo

Kanegasaki's existing museum is small and occupies only a designated section of a free rest area. The new museum will have more exhibits, a section for special exhibitions, and a theater.

There are many people in Europe and the United States who have a strong interest in humanitarianism. This month, the Polish ambassador to Japan visited the existing museum in Kanegasaki. In addition to foreign visitors, the new facility is intended to meet demand from "educational programs, especially school trips," according to a municipal official.

The municipality has set a target of attracting 100,000 annual visitors, compared to the 43,800 that visited the current facility in 2018.

The project in Kanegasaki includes construction of a facility housing restaurants and shops adjacent to the museum. The municipality plans to outsource operation of the facility to private-sector businesses, and officials are consulting with potential contractors ahead of a bidding round planned to open in the next fiscal year.

Disused railway facilities, including a marshaling yard, of Japan Freight Railway's Tsuruga Port Line are also targeted to be promoted as tourism assets. The line was suspended in 2009 and officially terminated this past April. The Fukui prefectural government is currently studying possibilities of relocating a turntable left in Tsuruga Station and using it to run a restored steam engine. The prefectural government is in talks with JR Freight, which owns related land properties, about ways to utilize these assets.