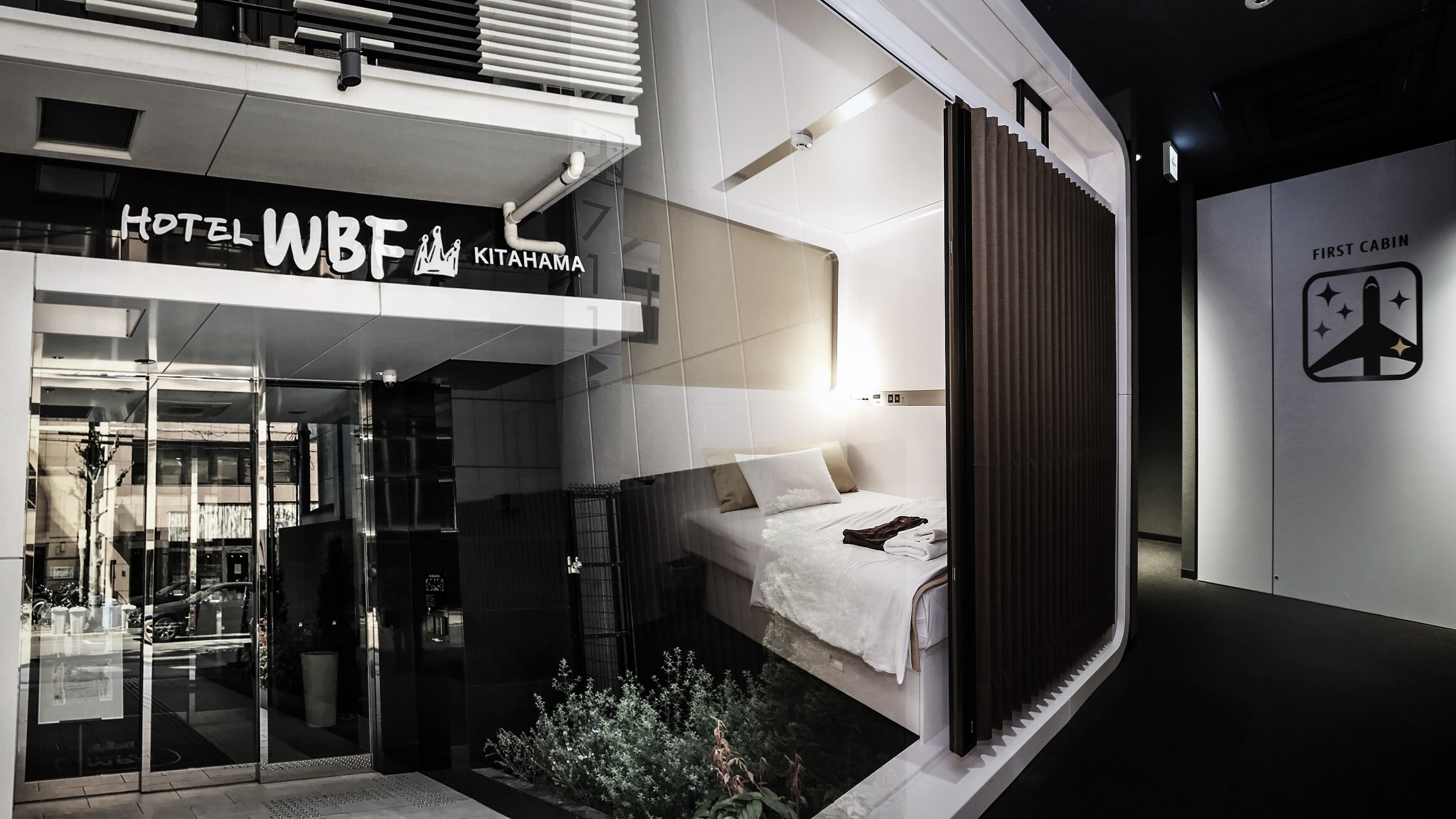 Hotel chains in Japan have been devastated by the coronavirus outbreak, with many filing for bankruptcies in May.
RURIKA IMAHASHI, Nikkei staff writerMay 17, 2020 19:02 JST | Japan
CopyCopied

TOKYO -- In what would have been a windfall year had the Olympic Games proceeded as planned, Japan's hotel chains are instead facing an existential threat after the coronavirus pandemic wreaked havoc on the travel industry.

The WBF chain operates 27 hotels in the country and was expanding to meet growing demand. It booked 4.7 billion yen in sales for fiscal 2019. However, the spread of coronavirus, subsequent lockdowns and travel bans have taken a toll on its business.

WBF Hotels is not the only company suffering. Oyabe Service Station, a Toyama-based operator of highway rest stops, became one of the latest to file for bankruptcy on May 8, while capsule hotel operator First Cabin filed for bankruptcy protection on April 24.

First Cabin operates around 25 hotels that are aviation-themed with first-, business- and economy-class rooms. When it filed for bankruptcy, it and four affiliates had booked 1.1 billion yen ($10.2 million) in liabilities.

According to research company Teikoku Databank, 139 companies filed for bankruptcy as of May 12, after facing serious cash flow issues. The numbers had been rising over the last few months. April saw 92 coronavirus-related bankruptcy cases, 26 in March and only two in February.

By industry, hotels were the worst affected with 34 coronavirus-induced bankruptcy cases to date, followed by restaurants with 14 and apparel and household goods at 13. Yoshihiro Sakata, an analyst at Tokyo Shoko Research, said bankruptcies are likely to top 100 by the end of the month.

Since Prime Minister Shinzo Abe declared a state of emergency on April 7, many businesses including retailers and restaurants had taken the decision to temporarily close or reduce opening hours as demand fell away. The government has now extended the state of emergency until the end of May in some areas, including Tokyo and Osaka.

"The extension was the latest blow to those who were already suffering from cash flow issues," said Shigenobu Abe, an analyst at Teikoku Databank. With no end to the pandemic in sight, "the extension made many business operators finally give up," he said.

"The point is that both the manufacturing sector and the service sector are equally suffering, and this means both domestic and foreign consumption have been damaged," said Keiichi Ito, chief quantitative analyst at SMBC Nikko Securities. "Given that the state of emergency began in April, the April-June quarter results will be more severe."

Ito said that unlike small and medium-sized enterprises, large listed companies are more likely to survive this downturn as they tended to have abundant reserves.

The central and local governments have prepared relief measures for small, vulnerable business operators. Last month, parliament approved a supplementary budget to offer small businesses cash grants of up to 2 million yen if their monthly revenues had fallen at least 50% from a year ago. The government is also offering grants that cover two-thirds of their monthly rents, for up to 500,000 yen per month.

The Tokyo and Osaka metropolitan governments are also handing out cash to small- and medium-sized businesses that had suspended operations to curb the spread of the virus. Single-shop owners in Tokyo can receive up to 500,000 yen while operators of multiple sites can get 1 million yen.

Prime Minister Shinzo Abe on Thursday lifted the state of emergency in 39 prefectures, excluding some big cities such as Tokyo and Osaka. But analysts said consumers may not open their wallets immediately.

Masamichi Adachi, chief economist at UBS Securities, said: "The fear of a resurgence of infections is likely to depress consumer appetite for going out, especially with low confidence in the government's handling of the crisis."

Abe's administration has been criticized for being too slow in declaring the state of emergency and not enforcing social distancing to prevent any spread.

"The longer the pandemic lasts, the less effective the relief measures will become," said Teikoku Databank's Abe. He said that cash handouts would only be effective temporarily and longer-term support measures were necessary, given that it would take time for the economy to completely recover.