Regulators and operators have yet to agree on safety standards 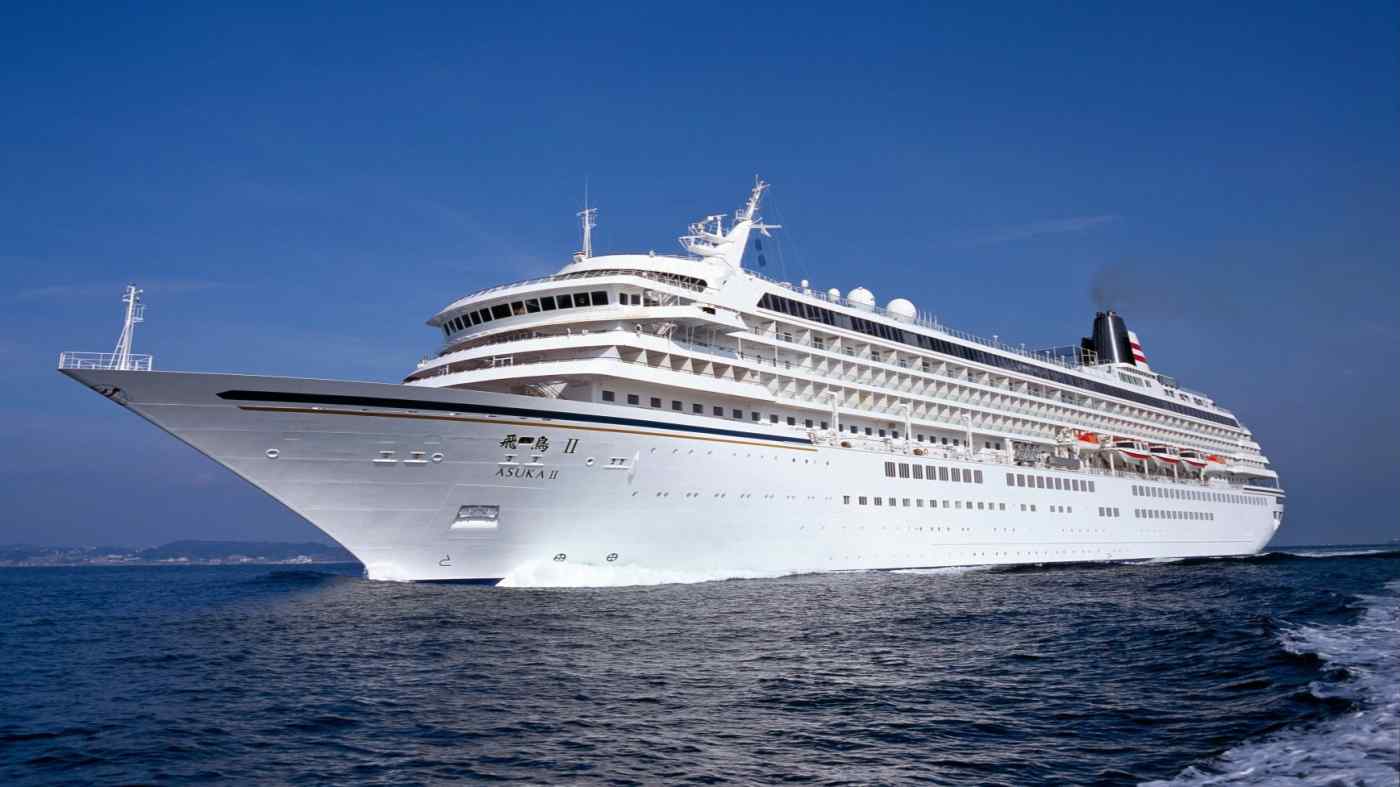 TOKYO -- The coronavirus outbreak aboard the Diamond Princess cruise liner earlier this year has essentially shut down Japan's cruise business to this date, with an industry once deemed crucial to a local tourism revival now fighting for its own survival.

All three large cruise vessels operated by Japanese companies remain in port, including Nippon Yusen's Asuka II, which completed this spring a renovation costing tens of millions of dollars.

Operator Japan Cruise Line on Wednesday postponed a tour that would have begun in August on the Pacific Venus. Now, the cruise will start Sept. 18 or later.

"We had been weighing our options, but a postponement was the only choice," a representative said.

The COVID-19 outbreak on the Diamond Princess, which resulted in 721 coronavirus infections and 13 deaths, is still fresh in the public's memory. The industry and regulators are trying to work out safety rules that will prevent a repeat of the disaster that kept the cruise ship docked at Yokohama port from February through May.

The transport ministry and the Japan Oceangoing Passenger Ship Association initially planned to release the guidelines in June, but the date has been pushed back for the foreseeable future.

The main sticking points include the procedures for medical care in the case of an infection, as well as seating arrangements for dining and disembarkment procedures at ports. The focus is on creating rules that are acceptable to communities where the ships are scheduled to visit.

"There needs to be a 100% guarantee of safety," the Japan Cruise Line representative said. "Compared with other transit services, our safety measures need to be five to 10 times as strict."

Once guidelines are hammered out, each cruise company will draft its own operating manual and await approval by Nippon Kaiji Kyokai, a Tokyo-headquartered ship classification body. The organization usually approves standards in such areas as engines. This is the first time the body is involved in approving safety measures for cruise ships.

One small luxury cruise liner, the Guntu, restarted service July 5. It offers luxury cruises in the Inland Sea between the Honshu island and Shikoku and is not a member of the Japan Oceangoing Passenger Ship Association.

The Guntu's operator entered into separate discussions with the transport ministry and agreed to reduce the passenger limit by a third as well as disinfect shared spaces hourly.

The Guntu faced fewer hurdles in restarting business than its larger cousins. Its maximum capacity of 38 passengers is far smaller than the hundreds who board large cruisers. Windows in guest rooms can be open and shut at will.

Large cruise ships usually have to draw 70% to 80% ridership to be profitable. "We may first have to restart operations at half capacity," an operator said, indicating a willingness to swallow potential losses.

Cruise ships landed in Japan around 3,000 times in 2019, with foreign-flagged vessels driving the boom. But travel restrictions around the world have made it nearly impossible to put together international cruise tours.

Carnival Japan, which sells packages for the Diamond Princess, cut more than 30% of its roughly 70-member staff on June 30. The Rengo Tokyo labor union has asked the company to rehire affected personnel.

"Because it takes at least two to three months for personnel recruitment and sales, [cruises] can restart no earlier than in the fall," said Saburo Tanaka of the Japan Cruise Research Institute.

Nagasaki Prefecture expected 444 ships to land in 2020, only to see 183 vessels cancel. The economic losses add up to 10.98 billion yen. Ishikawa Prefecture has had 48 out of 54 scheduled ships cancel landings.

Many of the passengers on cruise are retirees, a high-risk population. Nippon Yusen President Hitoshi Nagasawa pins hope on the development of a vaccine.

"I don't think people will stop seeking a reward for working hard," Nagasawa said. "But I wonder where we can resolve concerns."