Capsule accommodations try to broaden their appeal to women and tourists 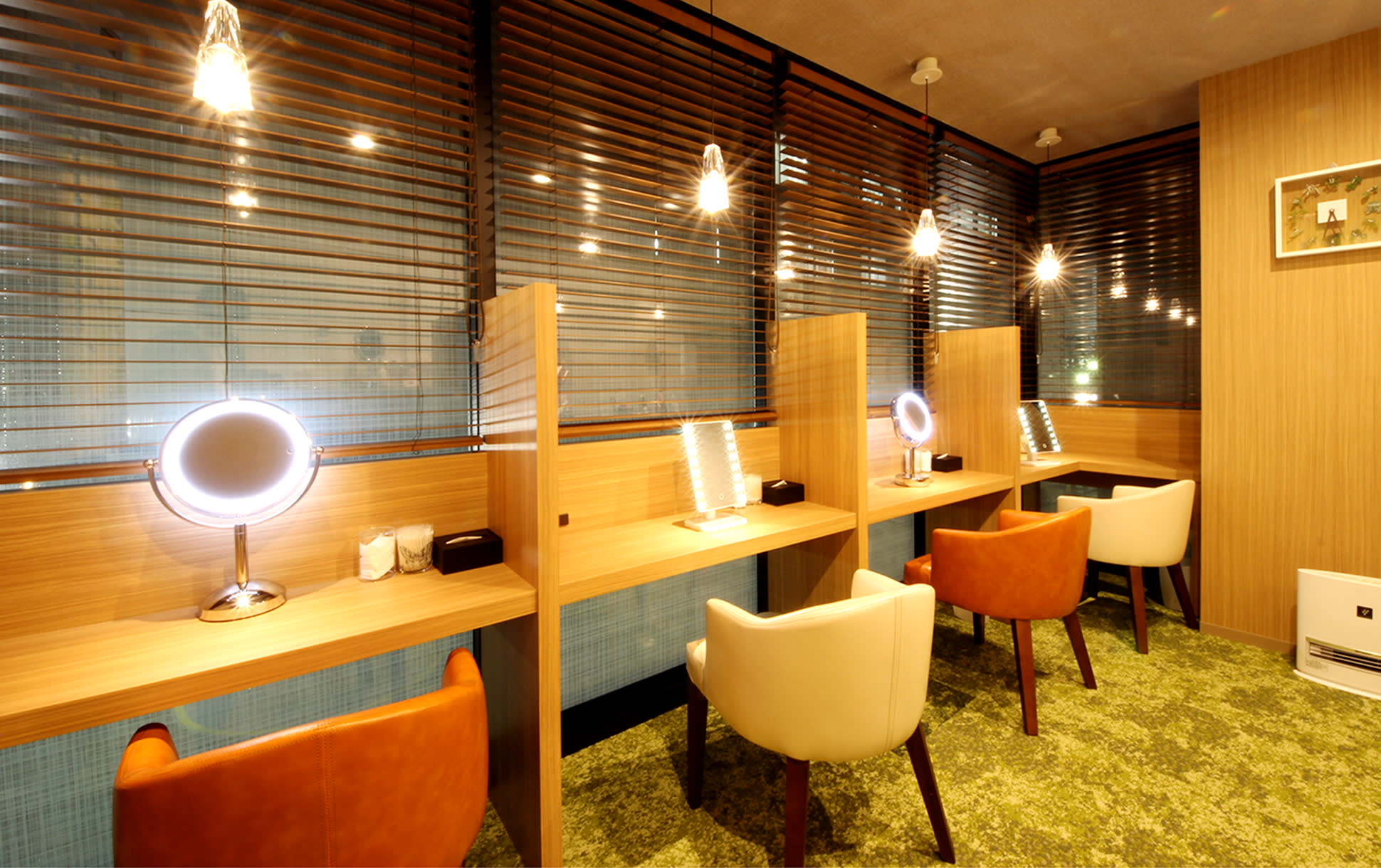 NAGOYA, Japan -- Eager to shake the image of capsule hotels as cheap accommodations of last resort, operators in Nagoya are opening up "premium" locations with unique perks like free wine.

These so-called luxury capsule hotels aim to fill the gap between conventional hotels, which cost upwards of $100 per guest per night, and regular capsule hotels, known for their sparse amenities and rooms the size of sleeping-car bunks.

Operators expect to attract a range of guests from business travelers to foreign tourists, rather than the typical weary salaryman who missed the last train home.

One such chain, Anshin Oyado, which literally translates to "peace-of-mind inn," opened a new location here on Monday. Situated in Nishiki Sanchome, a neighborhood packed with restaurants and bars, the 286-pod hotel is one of the biggest operated by parent company Sanza, which also has locations in Tokyo and Kyoto. 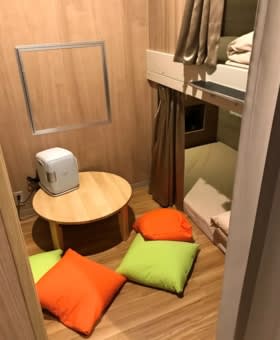 This capsule pod at Anshin Oyado is designed so four guests can stay together. (Photo by Hiroyuki Ueda)

The district is one of Nagoya's busiest areas, with a wide variety of accommodations from the renowned International Hotel Nagoya to overnight saunas. Anshin Oyado hopes to find its niche with a relaxation room that includes more than 20 massage chairs, hot stone spa and free wine at its top-floor lounge.

"It's a place you'd want to stay at just for fun," said its manager. Rates start at 4,480 yen ($41) a night. The location also has large pods that can accommodate up to four people at once, aimed toward younger guests and foreign tourists traveling in groups.

Locally owned At Inn Hotel Nagoya Station caters to female guests -- groups of women enjoying a night out, for example. Its capsule area is open only to women and features more than 50 amenities, including curling irons and skin care products. Each guest has her own dresser, eliminating the long waits associated with common areas at other capsule hotels.

These unique offerings have led to a spike in positive reviews, allowing the hotel to opt out of the price war plaguing the industry. Combined with relatively cheap rates that start at 3,980 yen a night, "we're fully booked almost every day," a hotel source said. High occupancy also helps the hotel cut operating costs.

Tokyo-based chain Nine Hours plans to open a location near Nagoya Station in February. Rates are expected to start at 4,900 yen a night. The chain's other locations receive half their guests from abroad, and the Nagoya location will target largely repeat visitors traveling to western Japan.

Foreign visitors to Aichi Prefecture, where Nagoya is located, have increased 150% in five years to 2.85 million last year. But both hotel rooms and land to develop more are in short supply.

Capsule hotels could provide a solution. They only require about 200 sq. meters of land, less than a conventional hotel. Many are popping up on cheaper lots away from main roads.