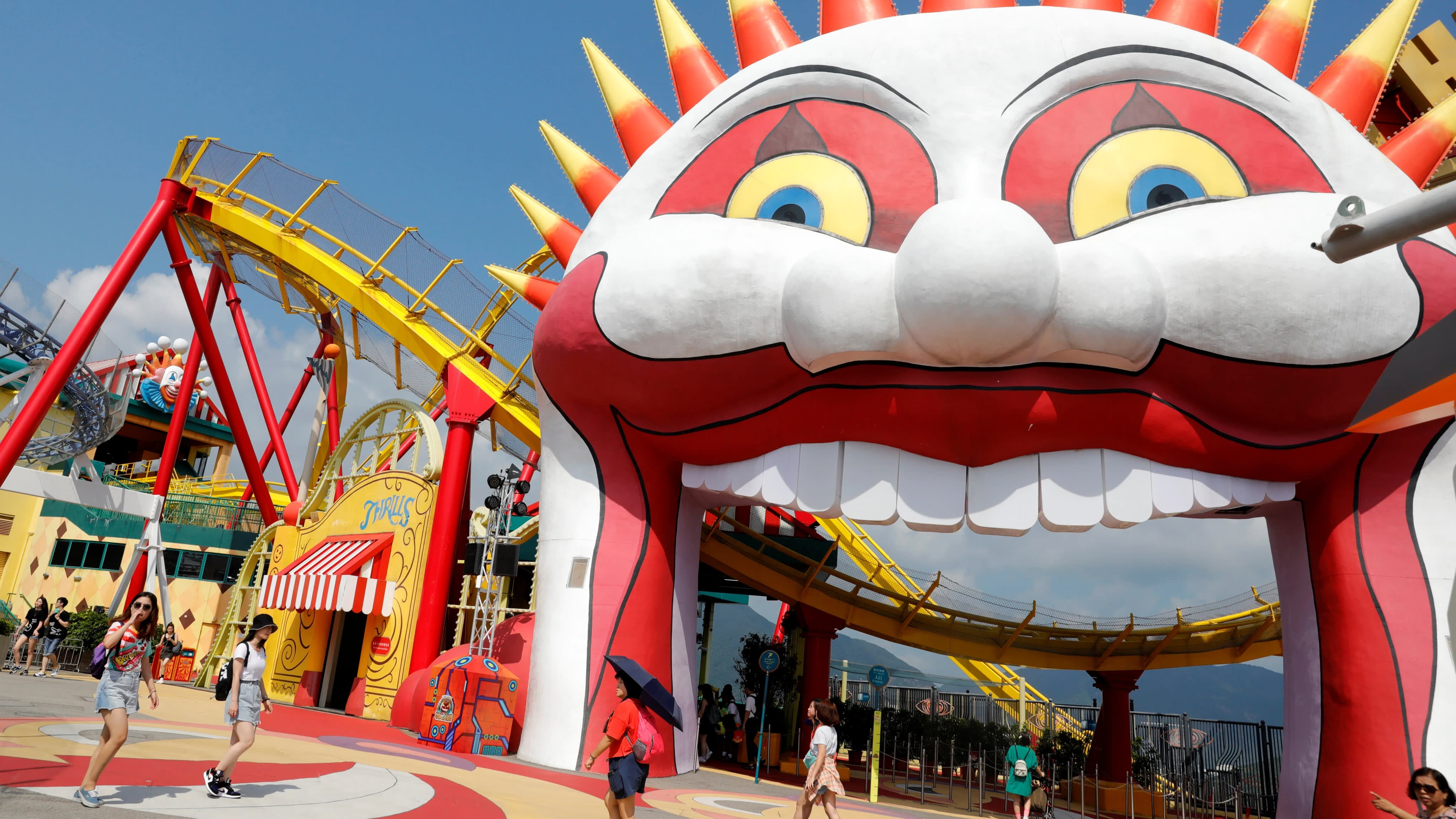 HONG KONG -- The Hong Kong government proposed on Monday to inject about $1.4 billion into a struggling city-owned theme park in hopes of averting a debt default amid continuing anti-government protests.

Though often held up as a free market exemplar, the Hong Kong government is deeply involved in the tourism industry, fully owning the Ocean Park theme park and co-owning Hong Kong Disneyland with Walt Disney Co. Both parks were losing money even before the protest movement began last June but have sunk deeper into the red with monthly tourist arrivals falling as much as 56%.

Disney earlier warned that the unrest was on track to cost its local park $275 million in operating income in the year ending Sept. 30.

The Hong Kong government said Monday that Ocean Park, home of the city's pandas, was set to post an operating cash flow deficit of more than 600 million Hong Kong dollars ($77.24 million) in the year ending June 30 and that it could not currently repay HK$2.3 billion in bank loans due across the current and next fiscal year. The park posted a net loss of HK$557.3 million in its last fiscal year.

The HK$10.64 billion legislative proposal unveiled Monday would restructure Ocean Park's government debts and finance a full overhaul of its attractions intended to put it on a sustainable footing.

Jeremy Tam, a legislator from the opposition Civic Party, has his doubts.

"I have no confidence in the management's ability to operate the park and I do not believe they can deliver the results they promised," he said. "I think the whole management should be dismissed before the government pours new investment in."

Leo Kung, the park's chairman, said the revamp would focus on creating attractions that capitalize on the park's distinctive setting on a waterfront hillside, such as a cliffside restaurant and a rider-controlled roller coaster along the slope. The park's traditional sea animal performances, a target of animal welfare activists, would end, with the animals moved to a more naturalistic seaside habitat. Ocean Park will end its dolphin show, which has been criticized by animal rights groups, as part of its revamp.   © Reuters

"Ocean Park is a very important tourism infrastructure for Hong Kong," said Edward Yau, secretary for commerce and economic development, arguing the park generates jobs and other economic benefits far beyond its direct cost to the government.

Ocean Park, however, is now struggling to pay off HK$5.55 billion it borrowed in 2006 and HK$2.29 billion from 2013 to finance its last major overhaul. Under the new restructuring plan, the government would defer repayment on its HK$3.68 billion in loans from 2021 to 2029 and waive further interest, now accruing at 5% on its older loan.

The park has opened refinancing talks with banks who together lent it HK$4.16 billion. While 22 banks took part in the original syndicated loan in 2006, it is unclear how many remain.

Despite the opening last February of the park's first hotel, a Marriott, attendance was down more than 30% in the second half of the year from a year before, due in part to the protest impact. With the revamp, the government hopes to return park attendance to its peak of 7.7 million reached in 2012-13.