South Korean boycotts and typhoons led to slowest growth since 2012 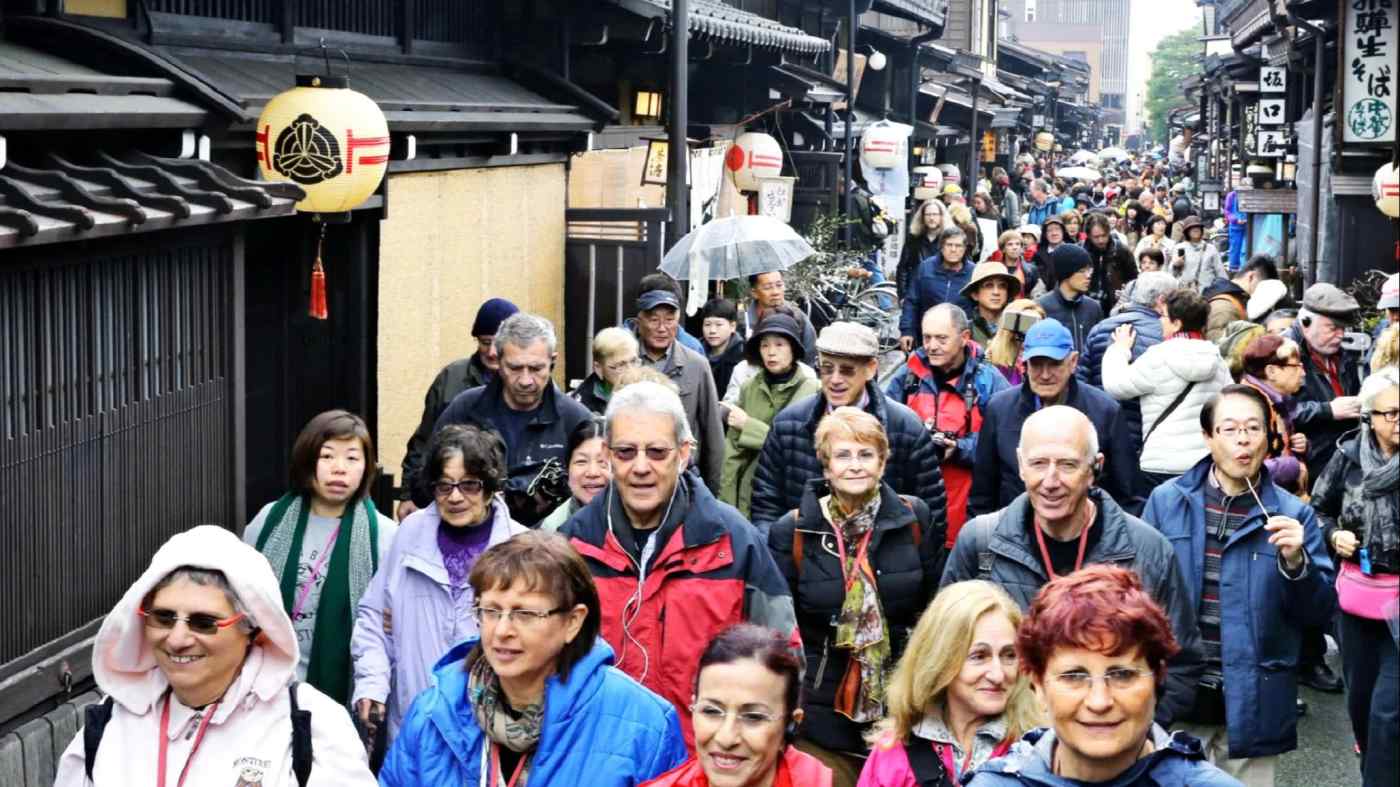 TOKYO -- Japan's inbound visitor growth slowed in 2019 on a drop in South Korean tourists amid bilateral tensions, leaving the government with a tougher hurdle to clear to achieve its ambitious target this year.

Japan welcomed 31.88 million foreign visitors in 2019, the Ministry of Land, Infrastructure, Transport and Tourism announced Friday. Although arrivals increased for an eighth consecutive year, the 2.2% growth rate was the smallest since 2012. Natural disasters including destructive typhoons contributed to the slowdown.

The government aims to increase visitors to Japan to 40 million by 2020, but whether it can meet the target has become uncertain after Friday's announcement by Kazuyoshi Akaba, the transport minister.

Looser visa restrictions, greater availability of cheap flights thanks to low-cost carriers, and a soft yen helped annual visitor numbers nearly quadruple between 2010 and 2019. The tourism sector benefited last year from Japan hosting the Rugby World Cup in the fall, and the government hopes to replicate this success during the 2020 Summer Olympics in Tokyo.

But the chill in relations between South Korea and Japan hit tourism hard, as South Koreans had accounted for about a quarter of visitors to Japan. The Japanese government's imposition of stricter export controls on South Korea over historical wartime issues led to consumers in that country boycotting Japanese travel and goods.

The number of South Korean visitors declined 7.6% for July and dropped further to more than 60% by November.

Japan, however, saw a rise in visitors from other countries and regions. Visitors from China reached a record high of approximately 8.88 million for January to November, up about 14% from the same period the previous year. Southeast Asia, Europe and the U.S. are also performing well.

Reaching the 40 million target this year would require a 25% jump in visitors -- a tall order.

The ministry estimates that the expansion in flight slots at Haneda and Narita airports and the opening of a new runway at Naha Airport in Okinawa could allow for an additional 6 million arrivals this year.

Yet whether the extra capacity will be used depends greatly on whether relations with Seoul improve. The ministry expressed optimism that as South Korean visitor numbers recover, overall growth may pick up again.