Japan's H.I.S. aims to cut reliance on travel to 20% of business 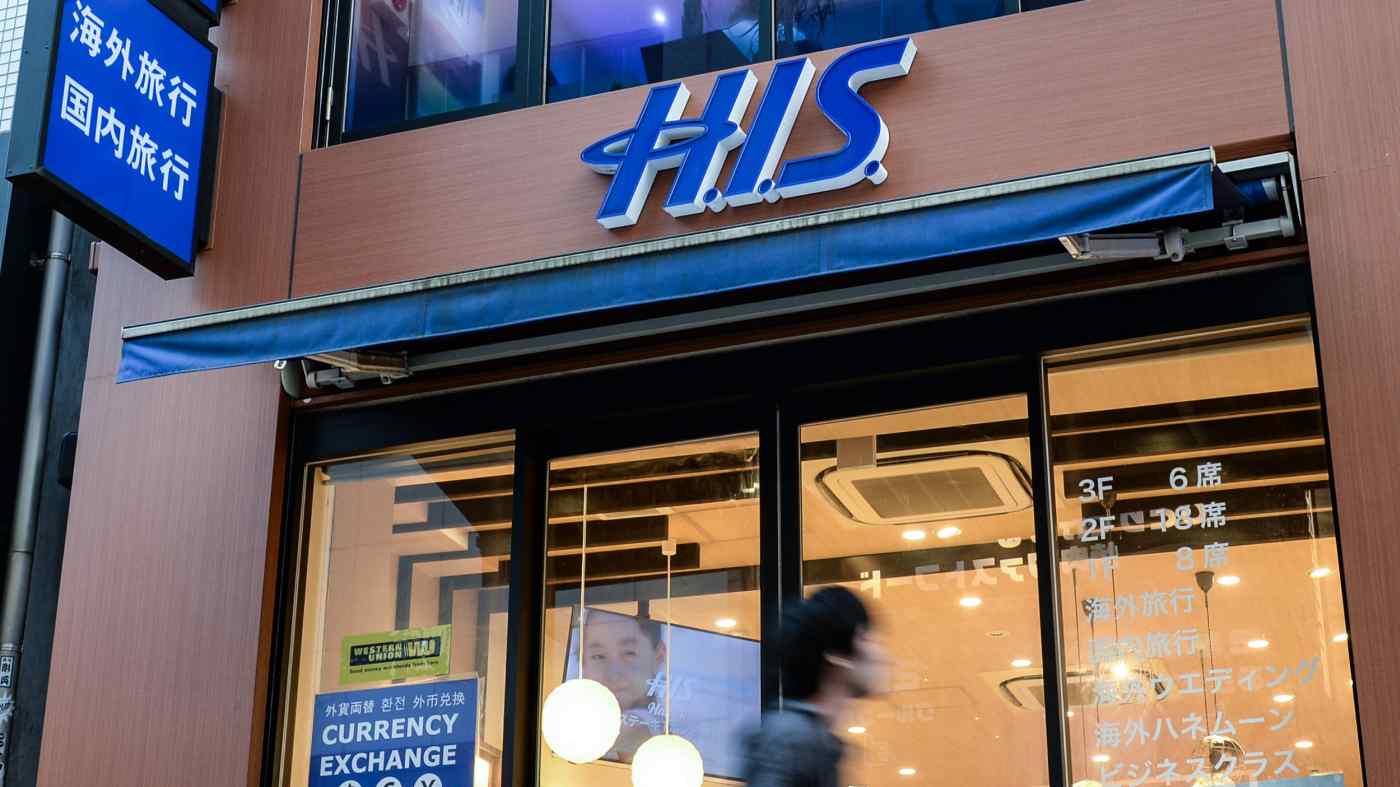 Japanese tour agency H.I.S. is seeking opportunities in other business sectors due to a decrease in travel amid the coronavirus pandemic. (Photo by Karina Nooka)
NATSUMI KAWASAKI, Nikkei staff writerNovember 10, 2020 17:00 JST | Japan
CopyCopied

TOKYO -- Japan's second-largest tour agency, H.I.S., is looking to reduce its reliance on travel to 20% of its overall business from the current 90% by expanding into other sectors such as noodle restaurants and the retail market for electricity, CEO Hideo Sawada said on Tuesday.

The company has been hit hard by coronavirus travel restrictions imposed amid the pandemic. It expects a net loss of about 31.8 billion yen ($303 million) in the fiscal year ended October. The company is forecasting 424 billion yen in sales.

Sawada said the pandemic has prompted the company to cultivate new revenue sources, such as in noodle restaurants and electricity. He said there could be up to about 10 such new businesses. He said "these could grow massively in three to five years."

H.I.S. entered home electricity retailing four years ago after the market was opened up, offering unit prices along with travel bookings to attract consumers. "It has been making profits by the billions of yen," Sawada said.

Sawada, who was known in the late 1990s as one of Japan's "three startup musketeers," along with SoftBank Group CEO Masayoshi Son and Pasona CEO Yasuyuki Nambu, said businesses in general grow stale after 30 years. "Cheap flights are over," he said, adding that a "new era" in business is beginning.

H.I.S. is turning into a holding company in fiscal year 2021 so that each business can operate independently, Sawada added.