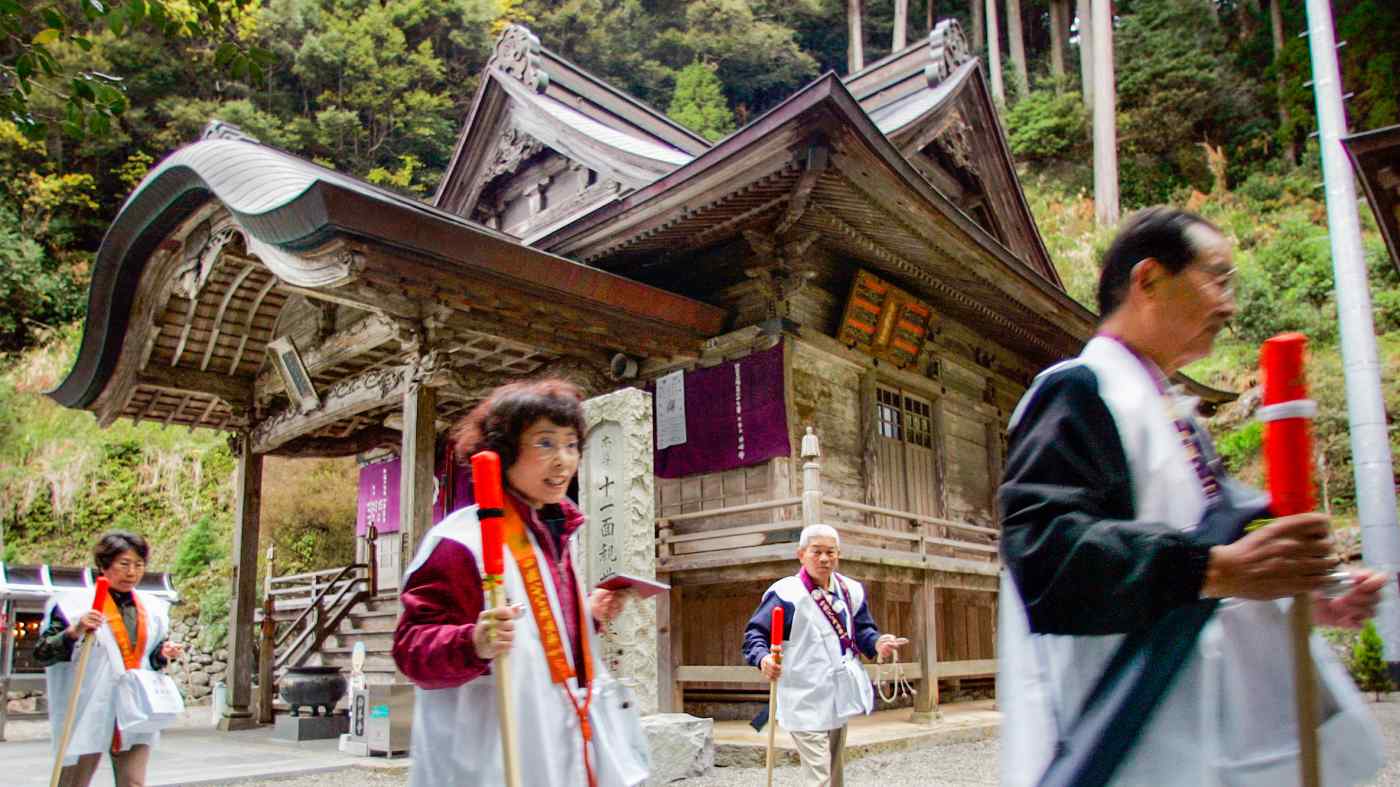 The journey traces the path of Kukai, a Buddhist monk who trained on the island of Shikoku and is said to have achieved enlightenment there. He also founded the Shingon school of Buddhism -- still active in Japan today -- in the 9th century.

Mark Groenewold, a 50-year-old Canadian living in the city of Takamatsu on Shikoku, heard about the pilgrimage and wanted to experience it himself. He documented his experience in a series of blog posts, which he turned into a book titled "Your Pilgrimage in Japan: A Regular Canadian on the 88 Temple Buddhist Pilgrimage of Shikoku."

In it, Groenewold writes about the 1,400-km pilgrimage and the 88 temples along the route. He depicts a culture that has thrived on the island for centuries.

The book was released in October, and it describes Shikoku and Kukai, posthumously known as Kobo Daishi, in depth. It also includes photos of the 88 fudasho, or pilgrimage temples. Groenewold said he hopes it will help people overseas become interested in both the Shikoku Henro and the wider region.

Before undertaking his pilgrimage, Groenewold had thought he would only be able to view the temples from a distance, but he was surprised to find he could experience the historic buildings up close.

He describes the Shikoku Henro as an opportunity to get an insight into a fascinating culture that is "open to everyone." Locals accepted him as ohenrosan, or pilgrim, despite being a foreign national.

Groenewold wrote the book for several reasons. One was to help promote Shikoku, as he felt a sense of crisis over the island's declining population. Increasing the number of inbound tourists would help, but the island has little ability to promote itself in English, he said.

The pilgrimage can be divided up into any number of smaller journeys. Groenewold thinks this practice, known as kugiriuchi, makes the Shikoku Henro even more attractive, as it encourages tourists to return repeatedly to the island.

Groenewold was also motivated by his concern about misinformation abroad about the Shikoku Henro. He said he was distressed by other bloggers' misleading claims, like "free meals are available" and the pilgrimage is a "cheap vacation."

The book was released in October, and Groenewold has already received favorable reactions from overseas readers. One said they had learned about a new aspect of Japan, and another said they want to travel to Shikoku.