The market growth has inspired major player Prince Hotels to enter the business while helping industry leader Resorttrust double its sales over 10 years.

The renowned mountainous hot-spring area of Izu Nagaoka Onsen, a little more than an hour from Tokyo by train, is home to Sanyo-so -- a luxurious ryokan traditional inn originally built as a country house for Hisaya Iwasaki, the third president of industrial conglomerate Mitsubishi Corp. and the eldest son of the group's founder. Part of Sanyo-so debuted as a Prince Vacation Club location in July.

In this exclusive section of the inn, hot water flows directly from the spring to individual rooms. The club offers a private check-in area separate from general guests of the rest of the inn. A 15-year membership costs 8.32 million yen ($77,000), and members pay an additional 198,000 yen a year to stay 30 nights annually. 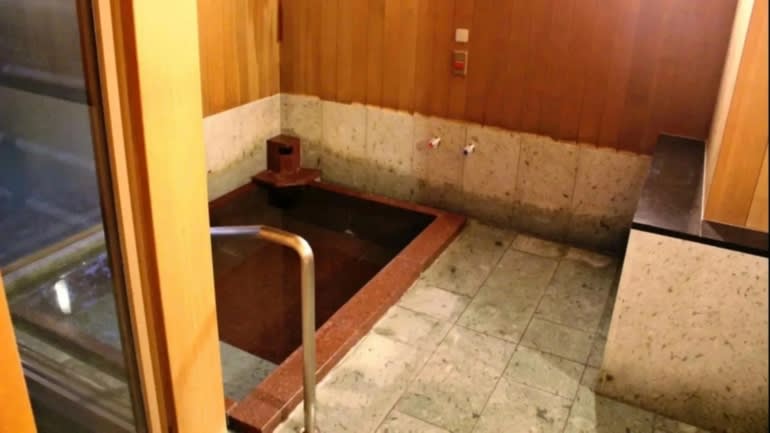 Some guest rooms at the Prince Vacation Club resort in Izu Nagaoka Onsen feature private hot-spring baths, with handrails and other amenities for seniors. (Photo by Yasuaki Takao)

The move marks a strategic shift for Prince Hotels, which shut down certain leisure facilities in the 2000s under an overhaul of the Seibu Holdings group. It is making use of its vast holdings of idle land in holiday destinations around Japan and plans to open one vacation club hotel a year going forward.

Japan's market for membership resort hotels grew to 397 billion yen in 2018, doubling in size from a 2002 low and exceeding a 1998 peak of 260 billion yen, shows data from the Japan Productivity Center.

Companies are rushing to develop exclusive accommodations to meet the needs of the growing ranks of the affluent. Japan had 1.27 million households with at least 100 million yen in net financial assets in 2017, the most since 2000, according to data from the Nomura Research Institute.

These wealthy consumers are increasingly having a hard time booking luxury hotels as record numbers of international visitors flock to Japan. The hotel market reached the 1.5 trillion yen milestone in 2018. But high-end accommodations are in short supply, and affluent individuals are eager to pay a premium for stays at exclusive hotels. 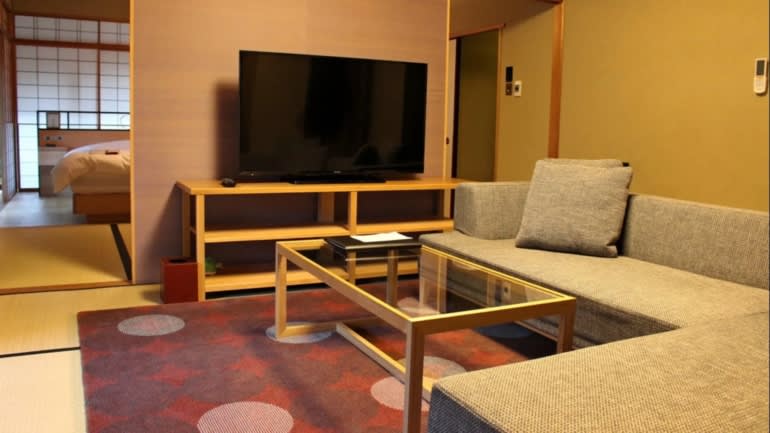 The Prince Vacation Club resort in Izu Nagaoka Onsen features traditional tatami mat floors, but also offer sofas and beds so that guests do not have to sit and sleep on the floor. (Photo by Yasuaki Takao)

Corporate demand is growing as well. During Japan's go-go years, companies and insurance associations built their own lodging facilities where workers could stay at reasonable rates, but many have since been shut down or sold off. Such facilities totaled just 284 in fiscal 2018 -- a fifth of the tally seen 20 years earlier. Today, businesses are increasingly offering stays at membership hotels to employees and clients.

Corporate users account for about 40% of hotel members, reports Resorttrust, whose membership recently surpassed 180,000 -- surging more than 30% over a decade. Consolidated sales doubled over that span to 179.5 billion yen in the year ended March 2019.

Resorttrust is set to open a hotel and spa resort in Yokohama's Minato Mirai district this summer, for which members pay an initial fee of about 20 million to 40 million yen for the privilege of staying 24 nights a year in one of the facility's 138 suites. Maintenance costs roughly 300,000 yen a year. The company sees these resorts appealing to members of its high-end comprehensive physical checkup service as well.

Relo Group, a provider of corporate benefit services, offers a program that lets members redeem points to stay at resorts. It hopes to add cruise trips as a reward, said Yoshikatsu Tamura, senior corporate officer. A veteran player, the Tokyu group, is opening similar resorts and sold out 2,000 memberships for a Karuizawa location it opened in 2018.

For further growth, Resorttrust is considering teaming up with international operators of timeshare plans, a popular business model in the U.S. and Europe. American hotel giants like Hilton, Marriott and Wyndham are all in the timeshare business, with the trio's combined sales in this market reaching $9 billion a year.

"Japan has a limited number of five-star hotels, so wealthy people have exhausted options for stays," said President Ariyoshi Fushimi of Resorttrust. "Partnering with international players will offer a huge advantage."

Developers are eager to build membership hotels for relatively quick recovery of investment through membership sales. But members pay low rates to stay, so these exclusive facilities might end up generating lower earnings than ordinary hotels unless they keep high occupancy rates.

Membership hotels fall into two types. In an ownership program, members share ownership of the land and building with the operating company. Their assets remain relatively safe. In the other category, members buy the right to use the facility with a deposit at the operator. The cost may be lower, but recovering the deposit would be difficult if the operator goes under.

Wealthy people are increasingly embracing membership hotels rather than owning second houses, which are associated with high maintenance obligations including taxes. The domestic count of summer houses and other vacation properties came to about 380,000 in 2018 -- about three-quarters of a high marked 15 years earlier, government data shows.