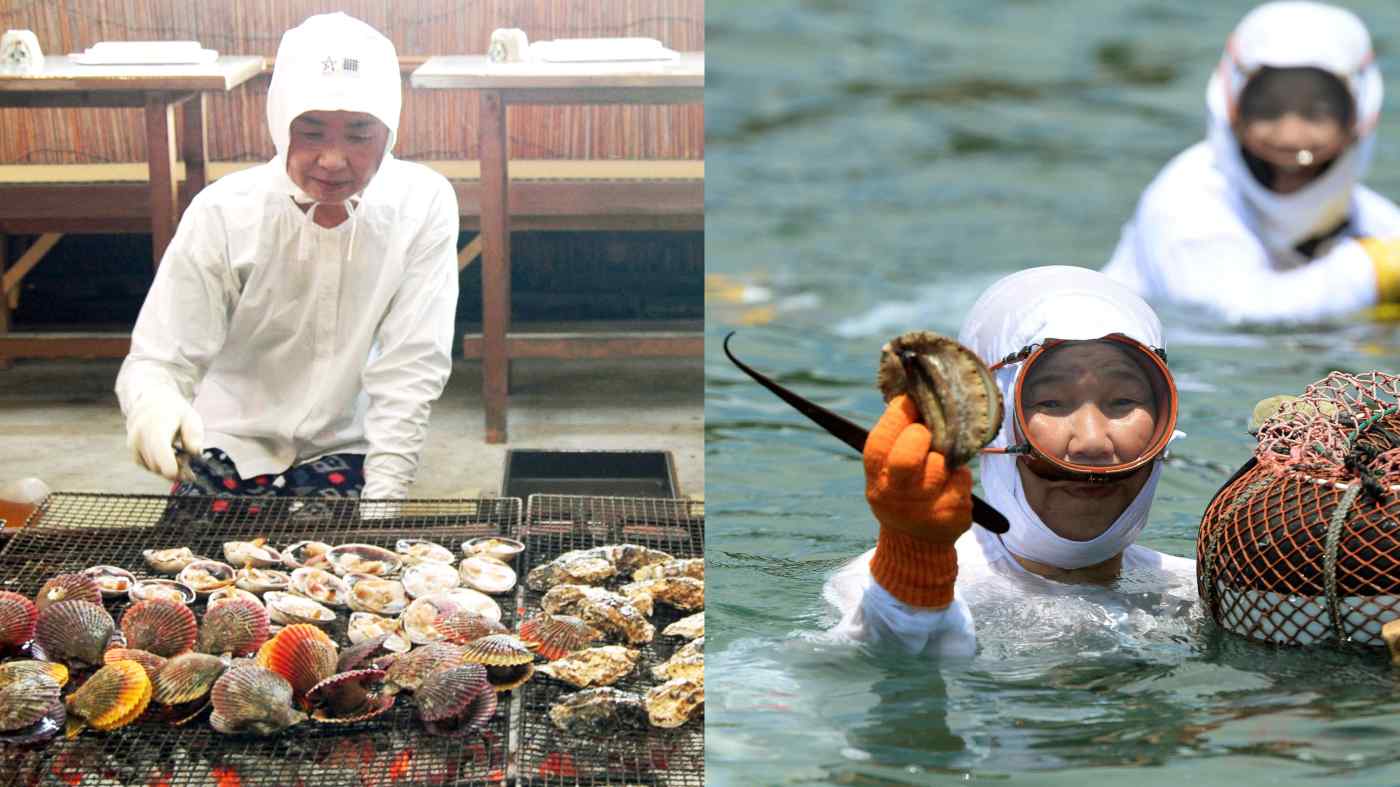 TSU, Japan -- Central Japan’s female pearl divers, the ama, are famous within the country, and they are increasingly well known abroad. They are turning into a valuable draw for tourists, helping to pull some overseas visitors away from the more common destinations like Tokyo and Kyoto.

The Shima Peninsula in Mie Prefecture is home to about 650 ama divers, the largest number in Japan. The city of Shima saw a record 9,000 visitors in fiscal 2018, according to the Shima City Tourism Association, and 24% of them came from overseas.

The ama tradition is more than 1,000 years old. They free dive to collect shells and food, primarily shellfish and seaweed. In between dives they build ama huts, where the women can rest, socialize and pass on their techniques to younger divers.

A Russian tourist there asked one diver if she had gone to school to learn to be a diver.

“I’ve been going into the sea since I was a child,” the woman in her 60s said. “You learn by watching the others.”

The tourist said he was impressed that a woman in her 60s was still diving. He was on his way to Tokyo when he decided to stop by Satoumian for a unique experience. On the same day, a Belgian group also visited the hut for the same reason.

Most overseas tourists come from Asia in groups, although individual travelers from Europe and the U.S. are also increasing.

The tourism association, in partnership with luxury resort hotel Amanemu, also organizes a half-day tour exclusively for hotel guests. Chairman Shin Nishio targets wealthy European and American tourists. The tour includes the major sites on the Shima Peninsula, a boat tour of Ago Bay and a meal off a special menu at Satoumian.

Nishio, who has held his post for six years, owns a local company, and uses his management skills to attract visitors to Satoumian. In addition to tatami floors and sunken kotatsu heated tables, the eatery features barrier-free tables for overseas customers. The facility prioritizes customer satisfaction despite criticism that some of the furnishings are not found in authentic traditional Ama huts.

Nishio also wants to involve the region's young people. He wants students at Shima High School, which focuses on English education, to work as interpreters for the tourism association. He hopes young people will raise international awareness and "think of the continuation of culture as their own personal concern" as the number of ama divers declines across Japan.

The tourism association started testing an artificial intelligence chatbot on its website, which recommends tourist spots and restaurants in English. The website will also provide information on ama divers.