Japan underground: Explore a vast 'temple,' lake or gold mine

The country's subterranean world is rich in history and mystery 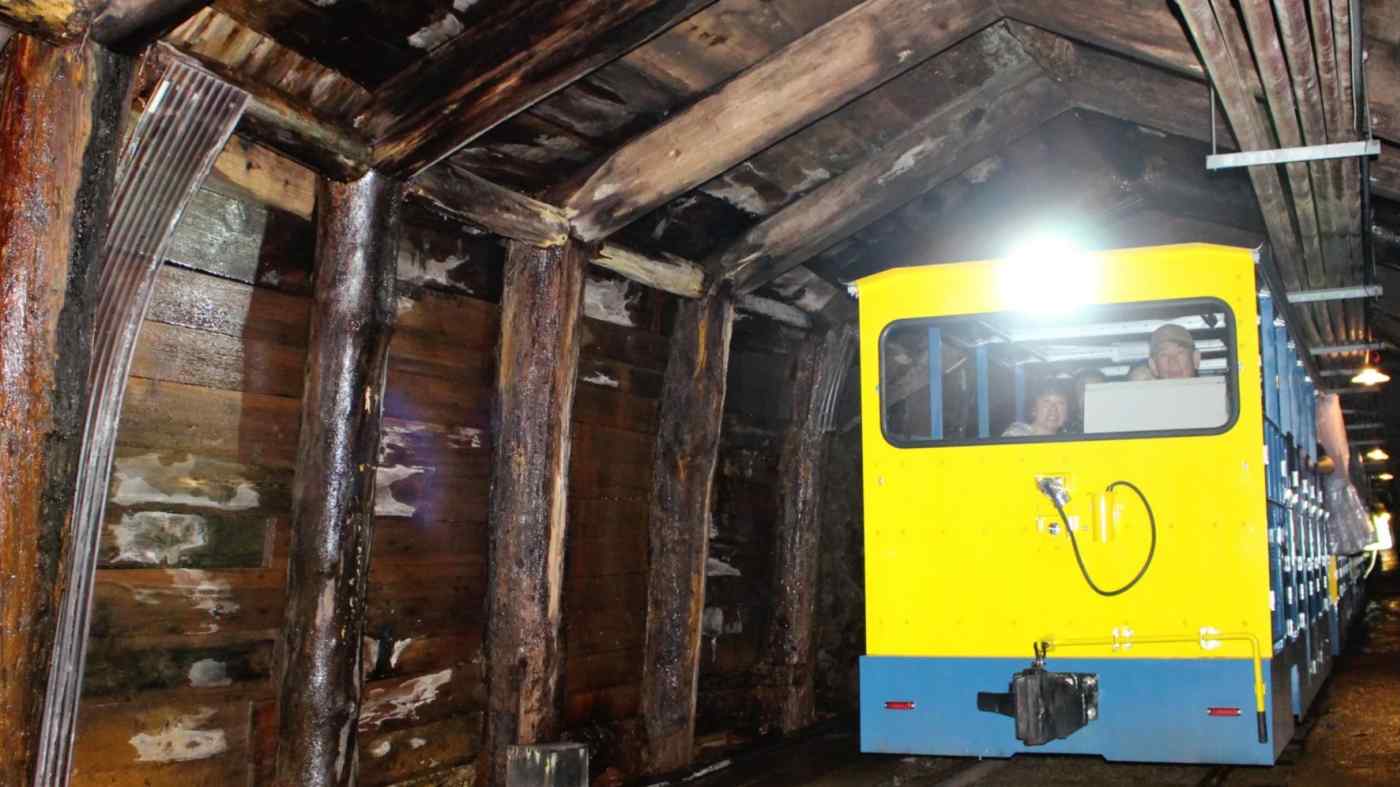 Tourists can ride a tram in the historic Ashio Copper Mine in Nikko, north of Tokyo.
Nikkei staff writersDecember 1, 2019 12:28 JST | Japan
CopyCopied

TOKYO -- People have excavated beneath the earth from time immemorial: mining for riches, tunneling for transport, and creating spaces for safety and storage.

In a modern example, Boston's "Big Dig" in the U.S. has moved elevated highways in the downtown area underground, creating parks and bring people back into the city center. Shanghai has expanded its subway network to tackle air pollution.

In Japan, a legal change that allows public use of spaces deep underground that are not used by the owner of the land on top could help revitalize the country's cities.

Here are 10 underground spaces in Japan that are open for hands-on exploration. They were selected for their architectural or civil engineering importance, their historical or social significance, or their touristic or educational value.

This huge discharge channel, built as a flood-control measure for Greater Tokyo, runs 50 meters below ground for about 6 km. When runoff from heavy rains threatens to inundate small rivers, the structure diverts the excess water to the Edogawa River to minimize the damage. Water passes through subterranean tunnels, collected in a huge tank, and discharged. The tank, which is held up by 59 18 meter-high pillars weighing 500 tons each, has been dubbed an underground temple. When the Tokyo area was hit by Typhoon Hagibis in October, the discharge channel is reported to have substantially lessened the flood damage. The Oya quarry covers 20,000 sq. meters and is 30 meters underground. The now-disused site was created by 70 years of excavation. Tours include a cruise on the subterranean lake that was created by rainwater seeping into the quarry. 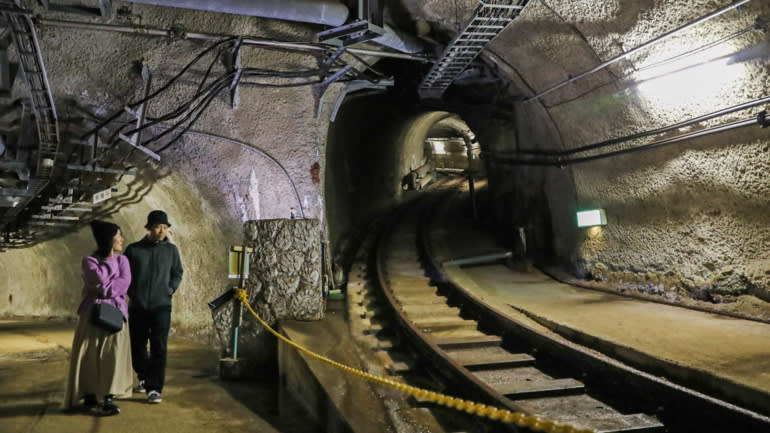 The Seikan Tunnel links two of Japan's four major islands, Honshu and Hokkaido, by rail. The world's longest undersea tunnel marked its 30th year in service in 2018. An exhibition hall in Aomori Prefecture offers visitors an eight-minute cable-car trip to underground passages used for the tunnel's construction 140 meters beneath the sea. This underground laboratory, one of the world's top facilities for the study of particle physics, is open to the public twice a year, in summer and autumn, although visitors cannot enter the neutrino detector tank, shown here. 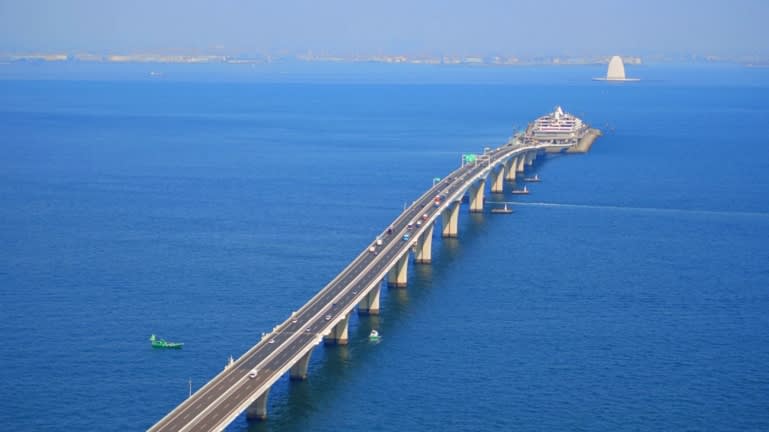 This highway spans Tokyo Bay, stretching some 15 km, and is composed of a 10 km underground tunnel and a 5 km bridge. Tours start from the artificial island of Umihotaru and include the tunnel section. The Sado Gold Mine, which was run directly by the Tokugawa Shogunate in the Edo era (1603-1867), helped to keep the government financially afloat. The mine continued to operate in the modern era, finally halting production in 1989. Construction of this tunnel was the biggest challenge in building the Kurobe Dam and the Kurobe River No. 4 Hydropower Plant. In the Iwami Ginzan Silver Mine, which was named a UNESCO World Heritage Site in 2007, has more than 600 tunnels or mabu. Ryugenji mabu, is the only one that is permanently open to the public. 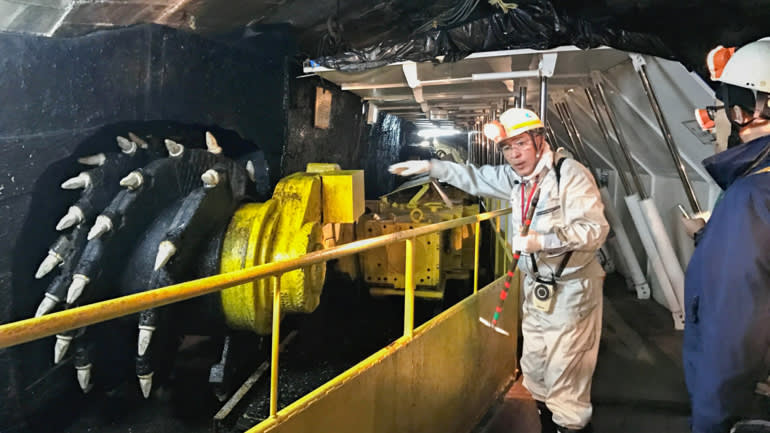 The coal mine on the island of Ikeshima, in the city of Nagasaki, closed in 2001, making it the last coal mining island in the Kyushu area. Tourists are free to explore the island. 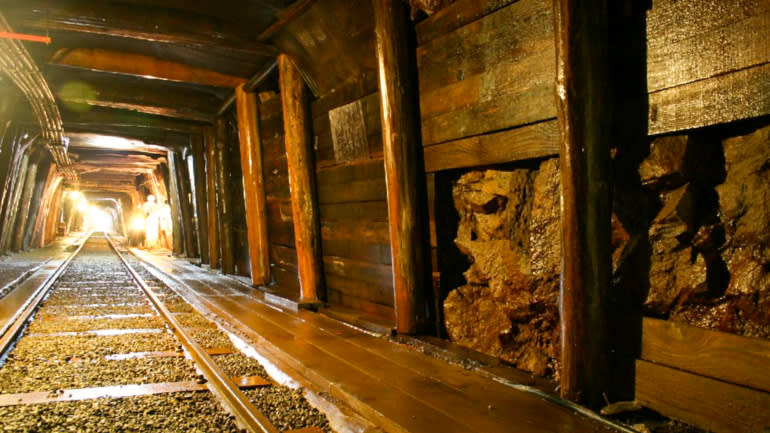 During its golden era, Ashio, from which the Ashio Copper Mine takes its name, was known as Japan's largest mining town and supported the country's economic development. But the now-inactive site has a checkered history: Copper mining poisoned areas around the Watarase River and caused deforestation.