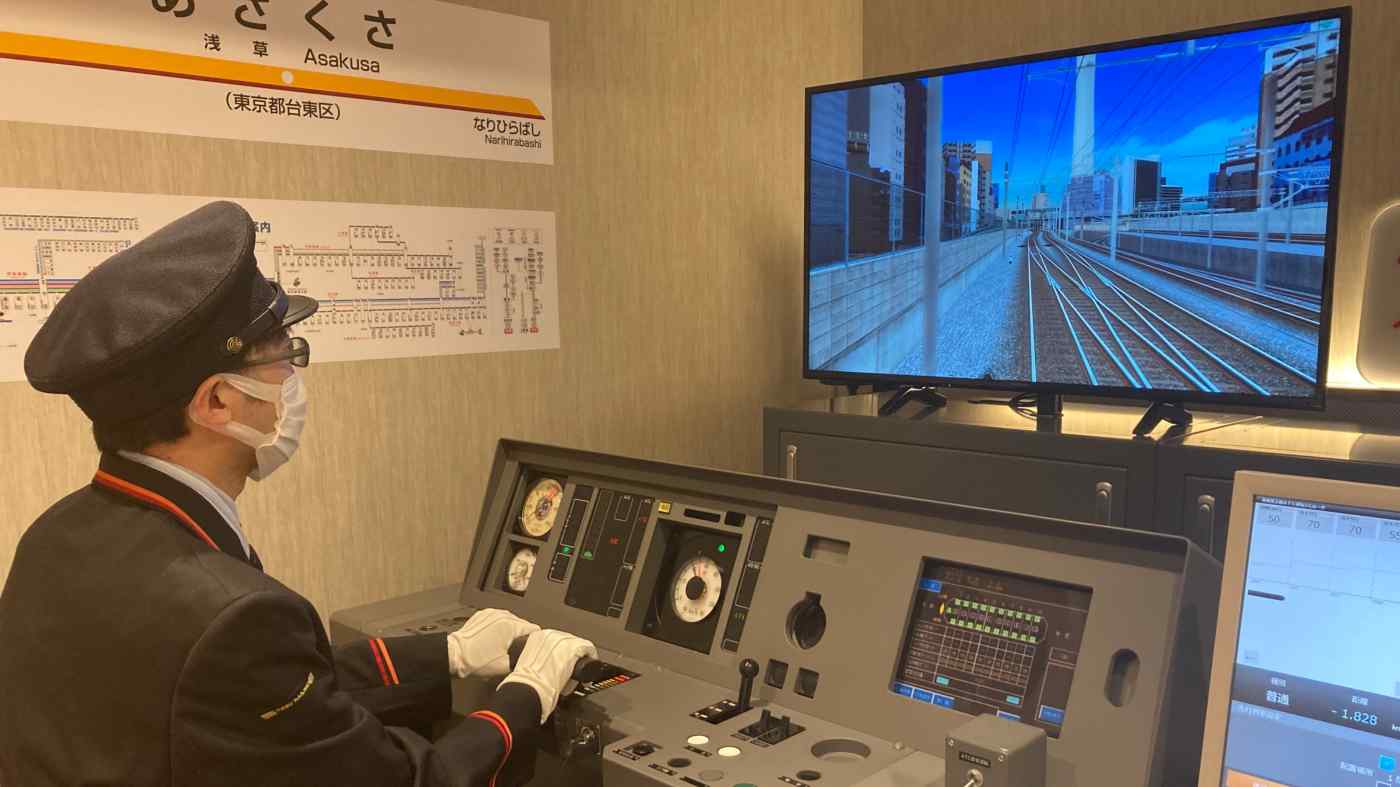 TOKYO -- Hard-pressed to fill their rooms due to the scourge of COVID-19, many Japanese hotels are offering new programs and services targeted at specific consumer groups. One growing new trend in the struggling industry is rail-themed rooms and services aimed at railway enthusiasts.

Rooms with a train simulator are available for hard-core train buffs. Train spotters can book rooms with an exhilarating view of a large and busy train station. These rooms and services are aimed at not just rail fans but also at people who want to enjoy a taste of traveling without actually making a long journey amid COVID restrictions.

The Yokohama Bay Hotel Tokyu, affiliated with railway operator Tokyu Railways, in April started offering a Tokyu Railways Concept Room, a train-inspired guest room that commands a panoramic view of Minatomirai 21, a trendy waterfront area facing the Yokohama port, and is equipped with a train simulator. The machine allows users to operate a master controller to enjoy simulated experiences of driving trains on three railway lines, including Tokyu's Toyoko Line, which runs from Tokyo's Shibuya area to Yokohama, complete with real sounds and real views from the cockpit displayed on a large screen.

The room is also furnished with equipment and signboards that were actually used in stations and trains, as well as various models. Guests can also order a special railway-themed dinner menu.

Shogo Kawamura, the hotel's employee in charge of the program, is himself a railway lover and has contributed items of his own for the room. "The room has been particularly popular among young parents with train-loving children," Kawamura said. The program was originally planned to run to the end of August but has been extended to November in response to unexpectedly strong demand -- as soon as it becomes available, it is booked again. 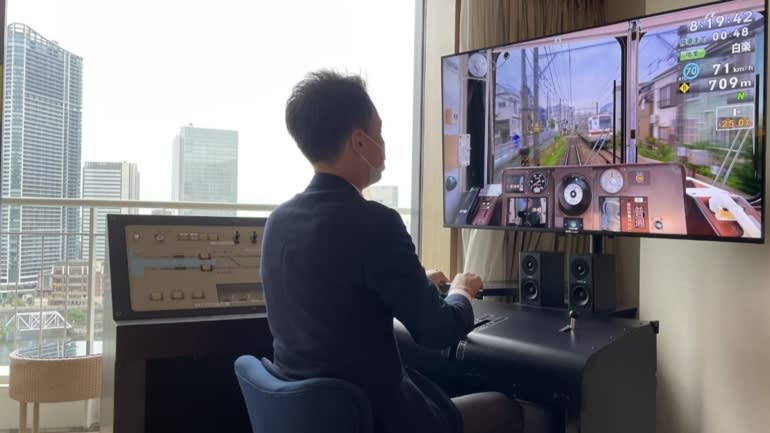 Yokohama Bay Hotel Tokyu offers a room with a panoramic view and a train simulator.

In October, Asakusa Tobu Hotel, a Tobu Railway group hotel in Tokyo's nostalgic Asakusa area, started offering a day-use plan featuring a train simulator in a room. The simulator was introduced by Tobu Railway in 2013 to train its drivers. The simulator's display shows a computer-graphics re-creation of cockpit views between Ikebukuro Station in Tokyo and Ogawamachi Station in Saitama Prefecture on the Tobu Tojo Line as the user operates the machine.

The room is decorated with a model railway, train photos and replicas of "head marks," or round signs on locomotives denoting trains of special interest. "We hope to give guests an opportunity to know more about the hotel while enjoying the simulator experience," said the hotel official in charge.

Some hotels offer rooms with a "train view." Rafre Saitama Shintoshin, located close to Japan Railway's Saitama-Shintoshin Station in the city of Saitama, is known among train buffs and children for offering amazing views of a station served by many regional JR commuter lines, including the Keihin-Tohoku Line, the Takasaki Line and Utsunomiya Line.

The hotel has designated 12 guest rooms facing the station on the ninth through 14th floors as "railway rooms," offering a 50% discount for children. The hotel is also located near the Railway Museum, a popular destination among railway enthusiasts. The hotel can count on steady demand among rail fans, according to a sales manager.

Choshi Electric Railway, a local railway operator based in the Chiba Prefecture city of Choshi, has been renting train cars as rooms. Booking website operator Stayway, based in the city of Kawasaki, uses the company's train cars for its "workation," or working while on vacation, programs.

Choshi Electric Railway also plans to offer a "digital detox" program using its cars in November. Under this program, train cars are regarded as "saunas" to help people refrain from using tech devices such as smartphones, televisions, computers, tablets and social media sites. When the digital detox program was offered previously, many sauna fans booked it, according to the railway company.

"We hope the program will help people who love saunas also develop an interest in our company," said the official in charge.

As the pandemic-pummeled tourist and transport industries explore ways to open up new demand avenues, more are finding that catering to hobbyists and enthusiasts can be a potentially effective strategy.